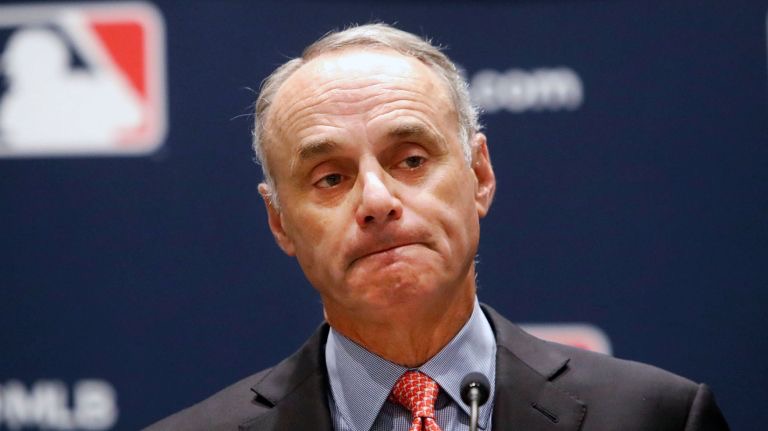 It’s that time of year again. Players are now reporting for the early days of spring training. Each team goes in with a clean slate, looking to put last year behind and set their sights on a championship. However, over the past 24 hours, a new headline has taken over the baseball world.

In short, should this proposal be approved, the MLB’s postseason would go from allowing 10 teams to 14 teams, seven from each league. The top seed would go straight to the division series with the other six playing in a best-of-three series at the higher seed’s ballpark for all three games. Not only that, but the two division winners who failed to clinch the No. 1-seed would be able to choose which opponent to face. The selection process would also be a televised event.

From a business perspective, this proposal does make sense. The league’s deal with ESPN and Turner to televise postseason games runs out after 2021, the year before this new format would take place. Going from 5 to 7 teams in the postseason would create more games along with bigger TV deals and bigger TV deals means more money for the league.

“MLB also understands it is in a constant fight now to not only expand its fan base, but to keep what it has. The NFL is moving closer to encroaching on the beginning of spring training if it goes to a 17th game with a third bye week. The NBA has weighed midseason tournaments or reducing the number of pre-Christmas games to escape the shadow of the NFL, which could push the NBA playoffs back, perhaps into July.“

That seems fair. However, the current postseason format is hardly the reason for baseball’s dwindling fanbase and lack of exposure compared to other leagues. How about instead, they create a universal DH? How about working to change the game in a way that creates more diversity among players, coaching staves and front offices? How about speeding up the game in a way that doesn’t completely compromise the game itself? How about enforcing rules that  keep teams like the Astros and Red Sox from stealing signs using advanced technology?

Nevertheless, this situation now requires the most attention, since a choice needs to be made sooner rather than later. In order to make the best decision on this matter, the league will need to ask itself a question; should they listen to the fans and focus on other, less profitable issues, or should they focus more on what will bring in more money rather than make more of the fans happy?

Granted it’s no easy question to answer, but it will need to be if the league wants to make the most well-informed decision on this matter. Whatever it ends up being will have big ramifications for the league’s future.