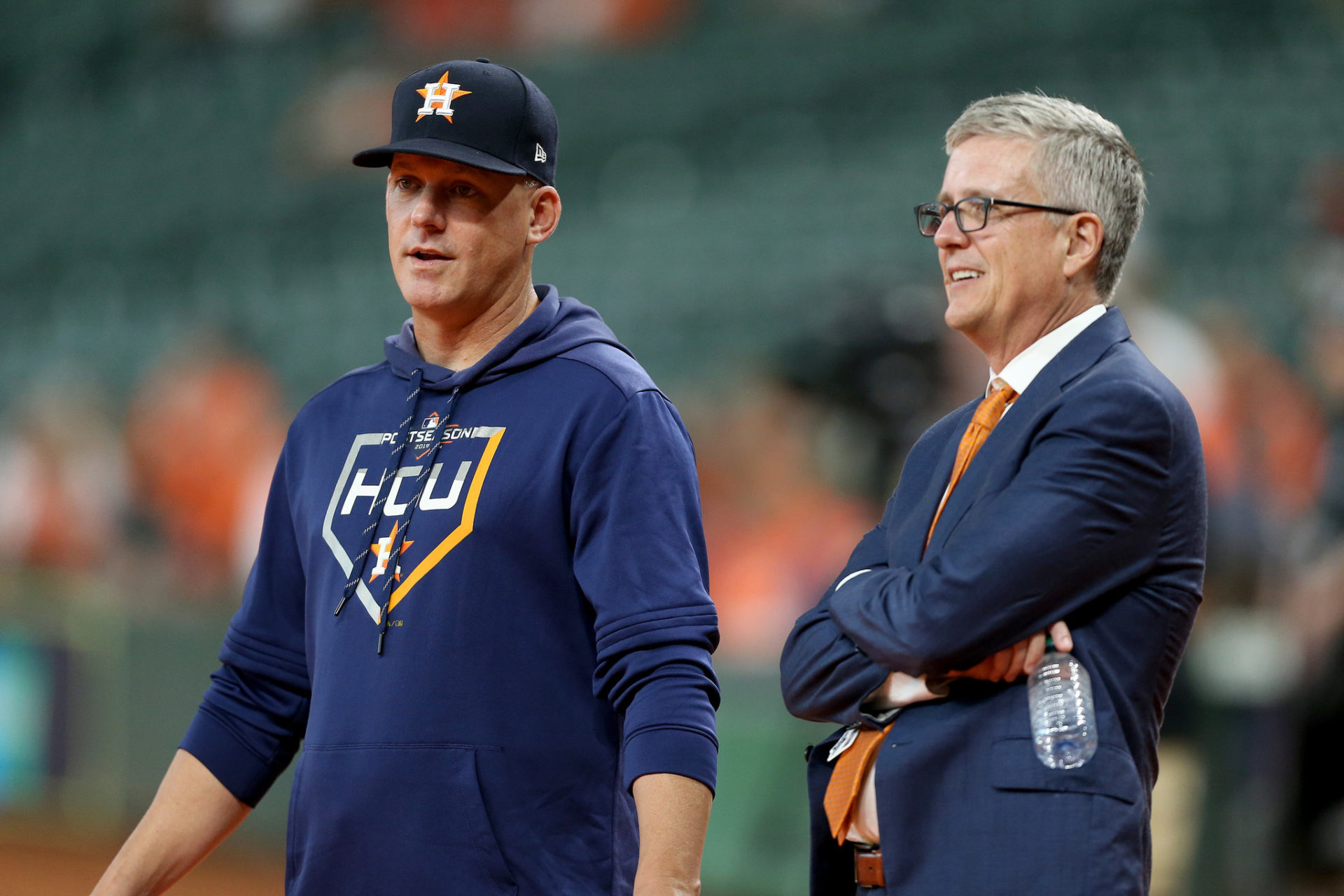 As everyone knows by now, the Astros were exposed as liars and cheaters by the commissioner’s office yesterday. I don’t think the details that were uncovered regarding the sign-stealing scandal surprised anyone, but it was incredibly satisfying to see the Astros get caught, making their 2017 World Series title completely illegitimate in the eyes of most people. Unlike many of the insiders from around the league though, I am not impressed by the punishment handed down by Rob Manfred. As you can see from Ken Rosenthal’s tweet above, the biggest part of the punishment was A.J. Hinch and Jeff Luhnow being suspended for a full year, but Astros’ owner Jim Crane handed down the real punishment by firing Hinch and Luhnow moments after they were suspended. I was impressed by Crane having the guts to fire Hinch and Luhnow who (outside of being cheaters) excelled in their positions with the Astros. The combination of being suspended and now fired could ultimately amount to an unofficial lifetime ban for both Hinch and Luhnow, as any team that hires either of them would be under a great deal scrutiny for making such a controversial hire.

Now I want to get one thing straight, the MLB gave a lifetime ban to Pete Rose for betting on his team to win games, but only suspends two high-level people that affected the result of a WORLD SERIES for just ONE YEAR??? How in the world does that make any sense at all? Then to make this even more frustrating:

I realize the purpose of these tweets by Jeff Passan is to show Alex Cora’s involvement, (and I’ll get to that in a bit) but the fact that this scandal was frequently described by witnesses as “player driven” and the MLB decided to suspend ZERO PLAYERS drives me absolutely nuts. The players knew exactly what they were doing the whole time, but the MLB only focuses on Hinch and Luhnow for some reason. Yes, the Astros are now in a state of flux because of the team’s owner having an ounce of integrity and firing Hinch and Luhnow, but the MLB didn’t have the guts to take away their title, temporarily ban the Astros from the postseason, or punish any of the players who actually proposed the idea of using technology to illegally steal signs. As an avid baseball fan, I was truly disappointed by the MLB for giving the Astros a slap on the wrist when they altered the outcome of a World Series.

Now it’s time to talk about Alex Cora, the current manager of the Boston Red Sox, who is probably sitting at home looking something like this right now:

Alex Cora is totally screwed. Even though I think the MLB looked weak with the Astros’ punishment, one would have to think Cora is in for a worse punishment. If you are a casual baseball fan, you might find yourself asking, “Why would Cora be in more trouble than Hinch? He’s the manager of the Red Sox, not the Astros.” Unfortunately for Cora though, he was the bench coach of the Astros when they were cheating and it appears he was one of the most involved people within the organization when it comes to this scandal. Cora is frequently referenced in the parts of the report from the commissioner’s office that we have seen, and to make things even worse for him, the Red Sox are now under investigation for the same exact form of cheating when Cora managed the Red Sox to a World Series title in 2018. So in case you missed any of that, here’s the summary: Alex Cora was the ringleader for not one, but TWO cheating scandals that directly affected the outcome of two consecutive World Series. I find this to be extremely disturbing and if the MLB wants to restore the integrity of the game that has clearly been lost over the last few years, Alex Cora needs to be banned from baseball the same way Pete Rose was. Yesterday was a really sad day for baseball, but all we can hope for now is that Alex Cora gets the punishment he deserves.