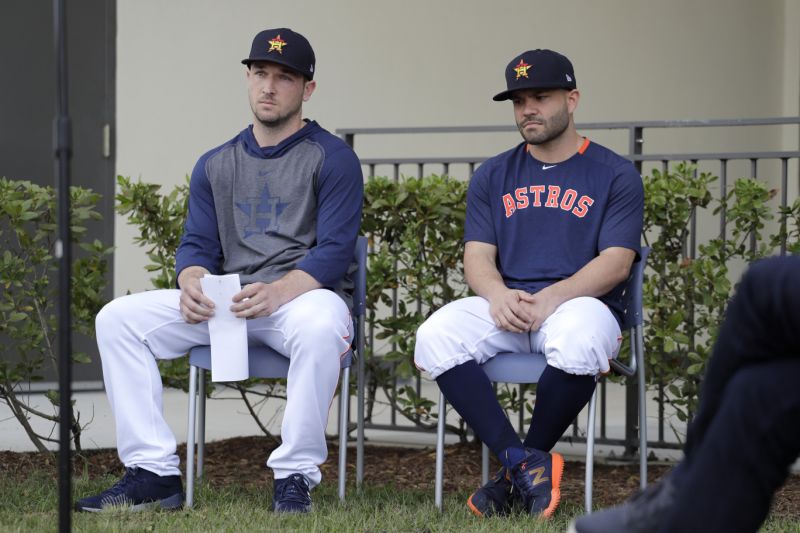 A number of the people in the Astros organization spoke about their sign-stealing scandal publicly today for the first time since the incredibly weak punishment was handed down by Rob Manfred and the MLB. After hearing Astros owner Jim Crane, and players Jose Altuve and Alex Bregman speak today, I am yet again extremely disappointed in the way that the Astros have handled this. For me personally, the most frustrating thing about this whole scandal is the hypocrisy. This Tweet I posted today from the Nosebleed MLB account sums up just why this is all so frustrating:

I have no clue how all of the different parties involved in the scandal and then the punishment can contradict themselves so much. The MLB says it was a player-driven scandal but then doesn’t punish players, Jim Crane says the players are a great group of guys but then he makes them apologize, the players apologize but then claim that their cheating didn’t affect the outcome of games and say that their World Series title is still legitimate. It is all just so frustrating to listen to, as it is clear to me that the large majority of Astros players don’t want to be honest about this scandal. The punishment given to the team was such a joke and I really hope reporters and media members are relentless with questions about the sign-stealing scandal all season long.

If you want to get as annoyed at this as I am, below are some clips from the statements made this morning: