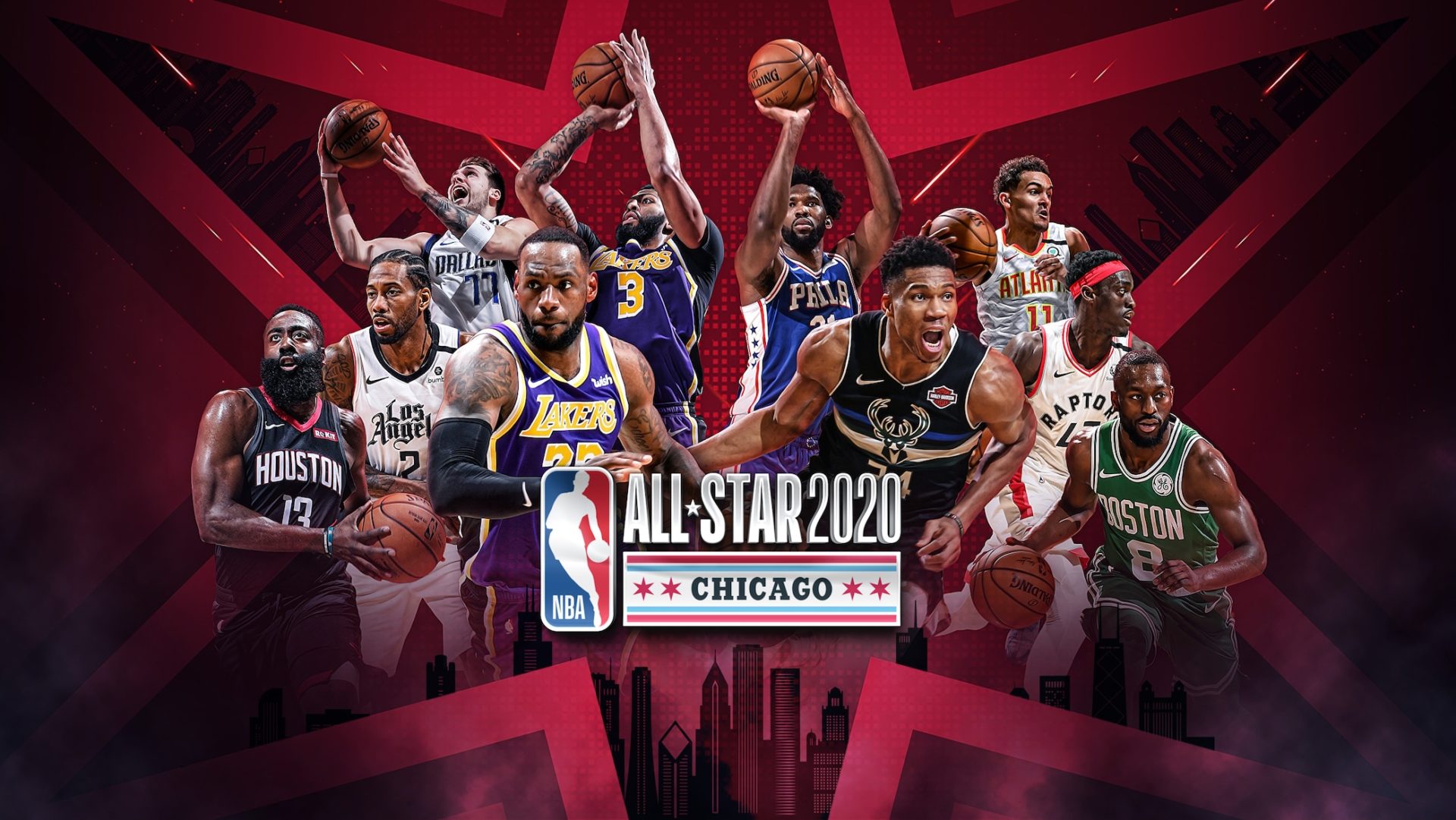 This weekend marks the 69th annual NBA All-Star game and with it comes the usual full slate of everyone’s favorite all-star festivities. Beginning Friday night, the weekend will feature plenty of excitement and fanfare as we kick off the final stretch of the NBA regular season with a bang. Which youngsters will make an impact in the Rising Stars challenge and lead their team to victory? Which superstar will take home the Skills Challenge, Three Point Contest, and Dunk Contest trophies? Can Team LeBron once again fend off Team Giannis? Find out below, as a handful of our Nosebleed Sports’ staffers give their picks for each of the events!

As usual, the all-star weekend festivities kick off on Friday night with the Rising Stars game. This year’s rendition will feature the U.S. Team taking on the World Team. The U.S. Team; comprised of Miles Bridges, Wendell Carter Jr, Devonte Graham, Jaren Jackson Jr, Ja Morant, Kendrick Nunn, Eric Paschall, Collin Sexton, PJ Washington, Zion Williamson, and Trae Young, will look for a second straight win. Meanwhile, the World Team; which includes Nickeil Alexander-Walker, RJ Barrett, Brandon Clarke, Luka Doncic, Shai Gilgeous-Alexander, Rui Hachimura, Nicolo Melli, Svi Mykhailiuk, Josh Okogie, and Moritz Wagner, will look to bring home a W for the first time in two years. Tyler Herro and DeAndre Ayton were originally supposed to play for the U.S. Team and the World Team respectively, but due to injuries both were replaced. Luka Doncic is the only member of either roster that will also be competing in the all-star game on Sunday.

Three former champions will look to take home the Skills Challenge trophy a second time in this year’s all-star Saturday night opening event. Patrick Beverley, Spencer Dinwiddie, and Jayson Tatum have all won the event in recent years, and will be joined by Bam Adebayo, Shai Gilgeous-Alexander, Khris Middleton, Damontas Sabonis, and Pascal Siakam in this year’s Taco Bell Skills Challenge. Derrick Rose was originally scheduled to compete, but was replaced by Gilgeous-Alexander due to a an adductor strain. Over half of the participants (Adebayo, Tatum, Middleton, Siakam, Sabonis) will also be competing in the all-star game on Sunday.

For the first time in eight years, the Three Point Contest will not feature at least one member of the Splash Bros (Klay Thompson and Steph Curry). However, two former winners will be returning as defending champion Joe Harris and Devin Booker are joined by Davis Bertans, Devonte Graham, Buddy Hield, Zach LaVine, Duncan Robinson, and Trae Young in this year’s Mountain Dew Three Point Contest. Damian Lillard was originally scheduled to compete, but was replaced by Booker due to a groin strain. Booker and Young will also be competing in the all-star game on Sunday.

Arguably the most exciting event of all-star weekend, this year’s AT&T Dunk Contest features a pair of second place winners from previous contests, as well as a former champion from over a decade ago. 2008 Slam Dunk Champion Dwight Howard will be competing in the dunk contest for the first time in 11 years, and will be joined by Aaron Gordon, Derrick Jones Jr, and Pat Connaughton in the final event before the all-star game. This year marks the third year in a row that each of the dunk contest participants were not simultaneously selected as all-stars as well.

LeBron James and Giannis Antetokounmpo will lead their teams into battle for a second consecutive year in this year’s all-star game. This year, Team LeBron is comprised of Anthony Davis, Kawhi Leonard, Luka Doncic, James Harden, Ben Simmons, Nikola Jokic, Jayson Tatum, Chris Paul, Russell Westbrook, Damontas Sabonis, and Devin Booker. On the flip side, Team Giannis includes Joel Embiid, Pascal Siakam, Kemba Walker, Trae Young, Khris Middleton, Bam Adebayo, Jimmy Butler, Rudy Gobert, Kyle Lowry, Brandon Ingram, and Donovan Mitchell. This year’s rosters look a lot different than last year, as 10 of the 24 participants (Adebayo, Tatum, Sabonis, Young, Siakam, Booker, Doncic, Mitchell, Ingram, Gobert) are making their all-star debut. Of the other 15 participants, seven of them (James, Harden, Davis, Paul, Westbrook, Butler, Lowry) have competed in more than five all-star games. As was the case in the three point contest, Damian Lillard was originally supposed to be a member of Team LeBron but, due to a groin strain, he has been replaced with Devin Booker.

This year’s game format will also be different than in past years. Each team will be representing a Chicago based charity, and they will compete to win each quarter for their designated charity. At the end of three quarters, the teams’ scores will be totaled, and a “target score” will be set. That target score will be 24 points more (as a tribute to Kobe Bryant) than whichever team is leading at that point. Whichever team reaches the target score first wins the game. More information can be found about the new format here.

The target score will not be the only way this year’s all-star game honors Kobe Bryant. Each member of Team Giannis will be wearing a #24 jersey for Kobe, while each member of Team LeBron wears a #2 jersey for Kobe’s daughter, Gianna. Each all-star jersey on both teams will feature jersey patches with nine stars as a way of honoring Kobe, Gianna, and the seven other passengers that were involved in the tragic helicopter accident on January 26.

The Rising Stars Challenge kicks off the weekend on Friday night at 9 pm on TNT. All-Star Saturday night begins at 8 pm TNT, and will feature the Skills Challenge, the Three Point Contest, and the Dunk Contest. And last but not least, the 69th annual NBA All-Star Game takes place on Sunday at 8pm on TNT.