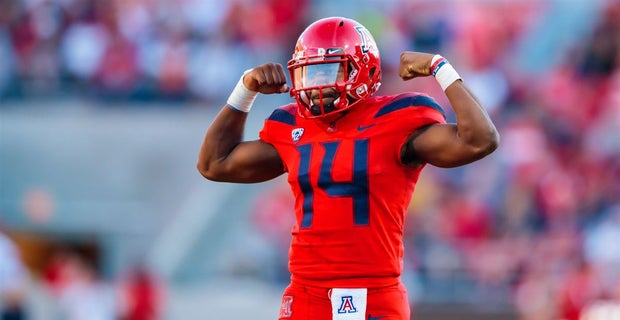 The Pac 12 South is an enigmatic division, to say the least. There are a handful of teams with the talent to make it to the conference title game, but could also finish at the bottom of the division and not even make a bowl game. Let’s try and make sense of it, shall we?

The Utes return a lot of players on the offensive side of the ball, including quarterback Tyler Huntley, running back Zack Moss and their top five receivers from a year ago. They also get a lucky draw with their schedule as they get to play the majority of their opponents in their division on the road, most notably UCLA on Nov. 16. They lose some talent on the defensive end, but guys like Bradlee Anae will give Utah just what they need to send them back to the Bay Area in December.

Dorian Thompson-Robinson is ready to take over as the Bruins’ full-time starting quarterback. Josua Kelly will look to surpass 1,000 yards on the ground once again and a receiving core led by Theo Howard will give Thompson-Robinson plenty of options. Krys Barnes and Quentin Lake lead a stout group of linebackers and in the secondary. However, UCLA’s schedule seems just a little too tough to overcome, not only do they have to go on the road to face Utah and USC, but they also need to travel to face Stanford. That coupled with a tough non-conference schedule will keep the Bruins out of the conference title game.

The Trojans have an interesting piece in quarterback J.T. Daniels, who left high school a year early and became the starting quarterback. That coupled with a young offense could make things interesting. Unfortunately, the Trojans face one of the toughest schedules in the country. On top of having to go against their opponents in the South, they must also take on Oregon and Washington plus non-conference road games at BYU and Notre Dame.

The Sun Devils return a lot of talent on both sides of the ball. Dillon-Sterling Cole is the front runner for the starting quarterback job, but it’s no sure thing as of now. The rest of the offense returns running back Eno Benjamin as well as four of their top five receivers from a year ago. The defense is led by a strong linebacker core of Merlin Robertson and Darien Butler. They may not have the fire-power to win the division, but they’ll take some important steps forward as a program.

Khalil Tate has some real talent under center, even as he transitioned from a running quarterback to more of a pocket passer. He also returns his top running back and five of his top six receivers plus most of the starters from last years defense. So why such a low ranking? Well, the Wildcats face a daunting schedule that includes games at Stanford, USC, Oregon and Arizona State plus home games against Washington and Texas Tech.

Much of the same is happening with regards to Colorado. The team returns a lot of players returning on both sides of the ball, but a daunting schedule will keep them in the cellar of the division. The game that will determine who finishes last will probably be Arizona-Colorado on October 5. In this game, I think Arizona gets the win ultimately because Khalil Tate will outperform Steven Montez. Nevertheless, Colorado will still have a lot to build on.