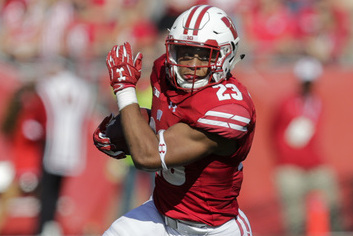 The Big Ten as a whole has been somewhat of an enigma over the last few years. Despite being arguably the deepest and most competitive conference in college football, the conference champion hasn’t cracked the College Football Playoff since 2015. What’s more, no team from the Big Ten’s West division has won the conference title game since the divisions were realigned in 2014. Nevertheless, the West division will get another crack at it and have some interesting storylines going on.

Kinnick Stadium is a tough environment to play in as is, but this year, the Hawkeyes will take it one step further and represent the Big Ten West in Indianapolis come December. Nate Stanley leads the Iowa offense while the defense returns the Big Ten’s sack leader and future first-round pick in A.J. Espenesa. Though they’ll have to travel to face Northwestern and Wisconsin they have what it takes to take care of business

Following a season marred with injuries and underwhelming quarterback play, the Badgers are ready to reestablish themselves as a conference-title contender. Jonathan Taylor will look to solidify himself as the best running back in the country behind a stout offensive line. Graham Mertz is out to prove that he can take Wisconsin over the edge.

The Wildcats surprised a lot of people with their Big Ten West title last year. Transfer quarterback Hunter Johnson has the talent to fill the hole that Clayton Thorston left under center while the team returns a lot of talent on defense. However, between the talent lost and the schedule ahead, the Wildcats don’t quite have what it takes to win another division title…..at least not this year.

The Cornhuskers are set to take a step forward in 2019. Scott Frost now has a season under his belt as head coach and Adrian Martinez seems healthy enough to be a big difference maker. However, it’ll be tough to replace his top running back and receiver both of who ran for and caught for over 1,000 yards last year, respectively.

The Golden Gophers have an interesting QB battle on their hands between Zack Annexstad and Tanner Morgan. Both have shown they have what it takes to get the job done and a wide array of returning weapons including running back Mohamed Ibrahim and leading receiver Tyler Johnson. Under second-year head coach P.J. Fleck, Minnesota has what it takes to surprise some people in 2019.

Though the Boilermakers showed lots of promise in 2018, especially when they handed Ohio State their only loss of the season, it looks like they’ll be taking a step back. They lose David Blough behind center as well as Isaac Zico, the team’s second-best receiver a year ago.

Lovie Smith certainly knows how to keep things interesting, even when there’s not much talent to be excited about in Champaign, IL. A.J. Bush returns at quarterback, but will need to throw more touchdowns than interceptions this time around. Reggie Corbin looks to tally up another 1,000 yards on the ground. The defense returns lead tackler Jake Hansen and DL Bobby Roundtree.