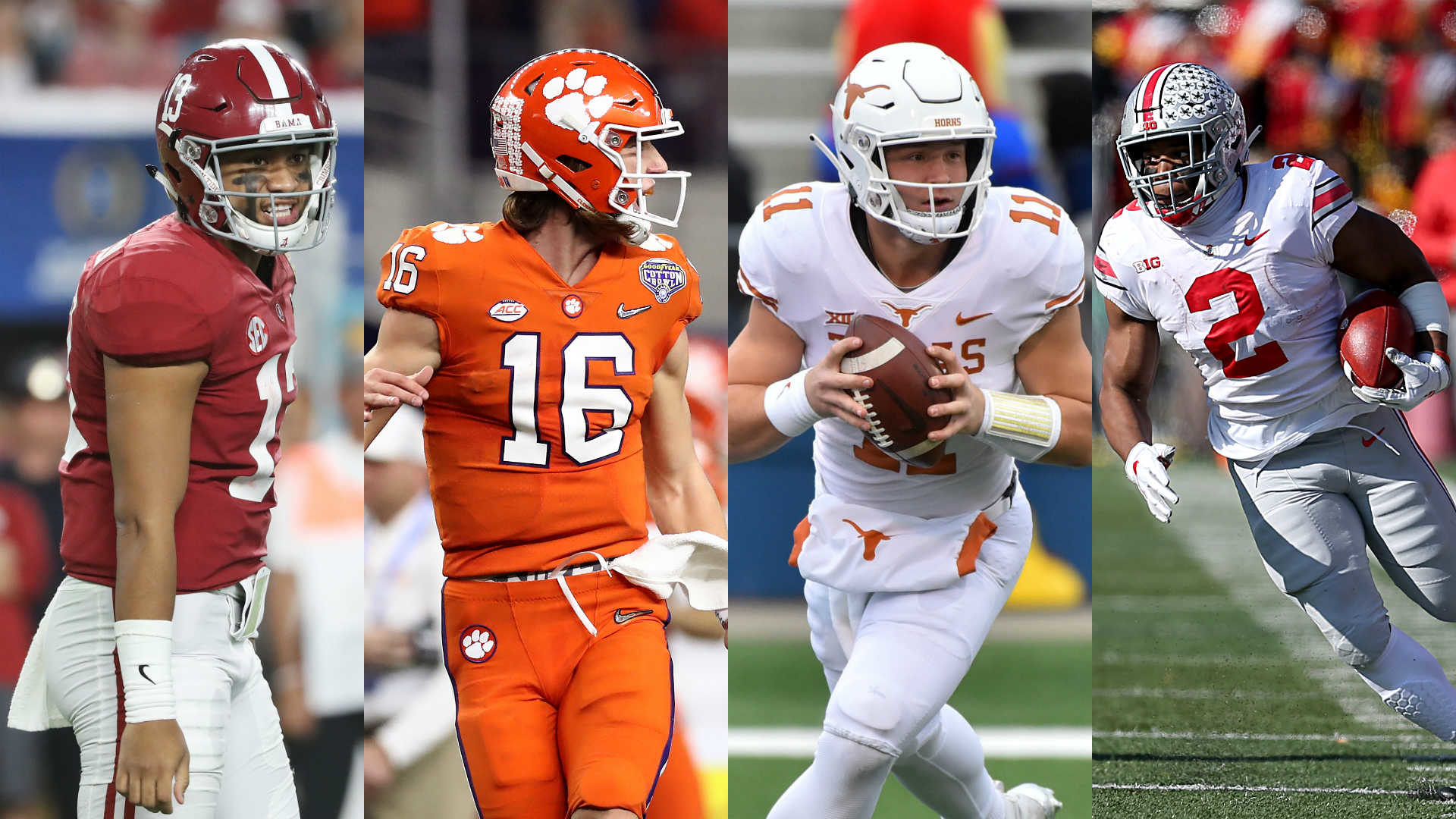 Three of our writers take a look at the biggest storylines this year in College Football.

Aaron: I’m gonna go with the obvious on this one and roll with Trevor Lawrence, Clemson, QB. The sophomore comes into the season hot off a national championship and with a lights out offense returning. I think Lawrence runs the show and leads Clemson back to a title game this year as well as claiming College Football’s most prestigious award.

Ben: While I originally wanted to go with the flow and pick Trevor Lawrence I thought back to last year when I went with a candidate that was a little on the fringe. While Tua Tagovailoa isn’t necessarily a dark horse, I think that he’s being discounted as one of the best if not the best quarterback in college football. Lawrence will put up gaudy numbers, but I look for Tua to put up huge numbers on a revenge tour in the best conference in college football. The competition week in and week out will prove the difference, as I’m going with Tua.

James: This year’s race will be flush with quarterbacks. Aside from the obvious front runners, Trevor Lawrence and Tua Tagovailoa, you also have guys like Justin Herbert and Jake Fromm who have a real shot at making things interesting. That being said, I do think Trevor Lawrence will come away with the award this year. Last year he had to split time with Kelly Bryant in the beginning of the year. Imagine what he can do in a full season.

Aaron: This one is pretty standard with my top three as I’ll go Alabama, Clemson, Oklahoma. But, it gets a bit more tricky when looking at that fourth team. Georgia comes in with a great team on paper and the ability to build a CFP resume even with a loss in the SEC championship game. Ohio State has the ability behind new QB Justin Fields to run the show in the Big 10 and give any team in the CFP a run for their money. Oregon and Auburn both can make strong cases for a playoff run. But, I’ll roll with Michigan and Shea Patterson to finally get over the hump and grab the fourth spot in this year’s College Football Playoff. I’ll take Clemson and Oklahoma  in the National Championship, where I think Clemson gets the job done for back to back titles.

Ben: I’m in the same boat as Aaron having Alabama, Clemson, and Oklahoma as the three locks for the college football playoff. While I went back and forth on this between Georgia, Texas, and Michigan I think that Georgia will again find a way to sneak in the college football playoff. This time though, will be different as I think Georgia will pull the #4 over #1 upset against Clemson with #2 Alabama beating #3 Oklahoma. Unfortunately for Dawg fans, Nick Saban won’t be beaten two years in a row. I’ll take Bama in the title game over the Dawgs.

James: Outside of Alabama and Clemson, I think it’s not so obvious who cracks the top four. I’ll go with Oklahoma and Georgia to round out this year’s final four. Clemson has the talent to roll through the ACC once again. Alabama will be reloading with a vaunted offense and a defense that shows a lot of promise. Oklahoma has a good enough team and head coach to keep their Big 12 title and make it in. while Georgia will sneak in as the first two-loss team to make the College Football playoff. Clemson will have what it takes to escape Georgia and Alabama will once again better Oklahoma in what will be an interesting rematch. This year, I think Alabama wants it more and Nick Saban gets his NCAA-record seventh national title.

Aaron: I think Texas comes into this season with the potential to shake things up. QB Sam Ehlinger will have a chip on his shoulder being looked over in the conversation for best NCAA quarterback. The longhorns have the schedule and ability to build a solid CFP resume and could see them sneaking in if their defense can hold up against the high-powered Big 12 giants.

Ben: I’m going out west for this one, and not with the team that many are expecting. Many national pundits have hopped on the Utah Utes bandwagon as of late but I’m not so sure that they’ll even win the Pac-12 as many have predicted. Quarterback is inarguably the most important position on the football field and the Oregon Ducks may have the best one in the country in Justin Herbert. If Herbert stays healthy and the Ducks can beat Auburn in Week 1 watch out, they may just run the table.

James: I’ll second Ben here and roll with the Oregon Ducks. Not only do they have what it takes to hang with the better teams in the country, but they don’t have any juggernauts blocking them from a conference title like Georgia, Texas or Michigan do. Justin Herbert is perhaps the best quarterback west of the Mississippi River and Kayvon Thibodeaux will be a defensive menace for the next few years.

Aaron: I think Florida and Dan Mullen are receiving a lot of unwarranted preseason hype this year. As the season rolls around the Gators roster doesn’t seem that much different than last years. I can’t personally get behind a Feleipe Franks team doing that much damage in the best conference in college football. Obviously their defense will keep them in games and has the potential to be a special unit, but in today’s college football you need to be able to score points to win.

Ben: While some may say their preseason ranking of #17 isn’t all that high, I’m not buying in on what the Auburn Tigers are selling this year. They do return what could be the best defensive line in the SEC, but the schedule is brutal and there’s no telling what they’re going to get from the quarterback position. If that question doesn’t get answered quickly, you could be staring at a 2-2 start with the coaching seat starting to get quite warm under Gus Malzahn.

James: I’m not sure what all the fuss is about the Florida Gators. Sure they made an improvement from 2017 and Feleipe Franks seems to have found some sort of rhythm, but to say that they have a REAL chance to even make the SEC Championship sounds just a little too outlandish. They’ll need to show some sort of consistency before people keep giving them that kind of billing.

Aaron: For this one I’ll go with QB Hank Bachmeier from Boise State. Filling Rypien’s shoes won’t be easy, who as a four year starter helped bring Boise State back onto the national scene. But, Bachmeier seems to be poised and ready to lead the Broncos through a strong year. Though not the most glamorous of the potential freshman starting quarterbacks this year. He will turn heads as he starts to build his resume as the next non-power 5 QB to turn the heads of NFL scouts.

Ben: I’ll go no further than to the #2 player in the class of 2019 in Oregon DE Kayvon Thibodeaux. I’ve already discussed that for the Ducks to have a big year and make a run at the that they’re going to need Justin Herbert to have a big year. With that being said, offense wins games and defense wins championships. At 6’5 240lbs look for Thibodeaux to be a force coming off the end early and often.

James: Jalen Hurts has the athleticism to excel at Oklahoma. However, the receiving core is without Marqise Brown this year and CeeDee Lamb can’t do it all by himself. Enter Jadon Haselwood, the No. 1 wide receiver recruit in the class of 2019, according to ESPN. Haselwood will help the receiving core to reload and maintain the air-raid attack the Sooners have been known for since Lincoln Riley took over as head coach.