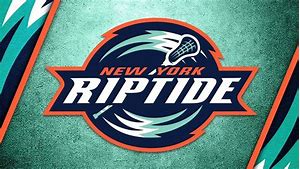 The New York Riptide are one of the two brand new NLL Franchises set to play their inaugural season this coming December. The NLL held an expansion draft for the Riptide and Knighthawks early July and the ‘tide drafted a couple PLL athletes such as John Ranagan (Chrome LC) from the Georgia Swarm and Kieran McCardle (Atlas LC) from the Toronto Rock. Both McCardle and Ranagan will both compete in the World Indoor Lacrosse Championships. On August 2nd, the Riptide announced they had signed 10 new players to the team including 3 players who recently in the PLL All Star Game in mid July. Here who the Riptide got…….

Ryan Brown is considered by many to be The best shooter in the world. Statistically this season, Ryan Brown is in 15th place in Goals scored, which is surprising to many, but he still has 11 goals and is a huge asset to the Atlas attack who have all been high goal scorers this season (Eric Law with 14 and Kieran McCardle with 10). Ryan Brown’s box experience seems to be minimal, but I think Brown can still be a huge factor with that monster accuracy.

Buczek is another high scoring Atlas player picked up from the Riptide who has phenomenal shooting mechanics. He has 12 goals on the year including 5 in his last game against the Redwoods in Denver. He even scored 4 against the Chrome after dislocating his shoulder. Coach Dom Starsia said after the game that Buczek’s ability to shoot from deep range with both hands is extremely hard to scout. Creating the space he finds in the outdoor game will be tougher indoors, but Connor’s IQ and discipline to find the perfect shot opportunity will help him transition to the box game.

Buczek also made the final roster for the Team USA Indoor Team, and will compete for gold in the World Indoor Lacrosse Championship in Langley, British Columbia, Canada.

Froccaro hung up the cleats just over a year ago to enter the business world. The PLL gave Jake the opportunity to come back and play the sport he loves, getting paid more and playing the game on a much bigger stage. Personally, I remember Jake balling out for Villanova in his college days but Frocaro has made his name known, and gained a big fans base alongside his teammates Myles Jones, Connor Fields, and Miles Thompson. Like Buczek, Froccaro has deep range and when given an opportunity in the middle of the field, he’s putting the ball in the back of the net. Jake has 22 points on the year (11 goals, 9 assists, 2PTs) helping to prove why Chaos has arguably the best offensive in the league. I think Jake’s transition to the indoor could actually go smoothly as the Chaos implement a box like offense in the outdoor game, being pass heavy oriented.

What this means for the Riptide…

I am very interested to see what the Riptide can do in their first year. They have added some of the best shooters in the world and are looking to compete for a title in their first year. Not only do these players bring a lot of potential to the team itself, I think this helps grow the Riptide’s name and will draw tons of fans to the games as these players are well known in the lacrosse community. Coincidentally these are 3 of my favorite players in the PLL and I am tempted to hop on the Riptide bandwagon. I will for sure be on the lookout to see when these guys’ jerseys drop.