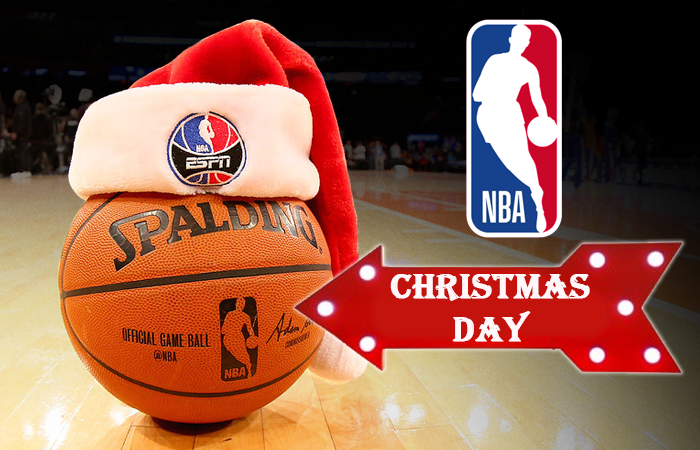 For the last 72 years, the NBA has hosted at least one game on Christmas Day. The annual beloved basketball tradition has led to several unforgettable moments in its storied history. The following are arguably the five best Christmas Day moments in NBA History:

Nine years ago, LeBron played his first Christmas Day game as a member of the Miami Heat against the Los Angeles Lakers. Leading up to the game, the Heat had only lost one game in the entire month of December. The Lakers’ Christmas wish of putting an end to the Heat’s incredible run would ultimately not come true though, as LeBron led the Heat to a 96-80 victory with a 27 point, 11 rebound, and 10 assist stat line, becoming just the fourth player in NBA History to register a triple double. This game also featured some incredible defense by Kobe Bryant and Dwyane Wade. Kobe would finish the game with only 17 points on 6-16 shooting, while Wade finished with 18 while going 6-17 from the field.

#4. Patrick Ewing and the Knicks receive a Xmas miracle, 1985

In his first-ever Christmas Day game, a rookie Patrick Ewing showed the entire world just how dominant he could be after leading the Knicks back from a 25-point deficit. The comeback would take more than just regulation, as the Knicks and Celtics battled for two additional overtimes before New York emerged victorious 113-104. Ewing finished with 32 points and 11 rebounds despite going up against legends like Kevin McHale, Larry Bird, and Robert Parish. This was the more positive of the two memorable Knicks Christmas Day moments (read on for the negative!!). The Knicks’ and Celtics’ final records make this moment that much more crazy, as the Knicks would finish the season 23-59 while the Celtics went 67-15, and ultimately won the NBA Championship.

#3. The Cavs and Warriors add another chapter to their rivalry, 2016

After the Cavaliers came back from being down 3-1 to defeat the Warriors in the 2016 NBA Finals, most fans believed they would see the two teams run it back for a third time in the following year’s Finals as well. This Christmas Day matchup was their first meeting of that season, and it met every fans’ expectations. Cleveland would start the fourth quarter down 14, but with just 3.4 seconds left in the game, Kyrie Irving channeled his inner-most Mamba and hit a turn-around jumper in Klay Thompson’s face to seal a 109-108 Cavaliers victory. Kevin Durant led all players with 36 points in the game, while LeBron James finished with 31 points and 13 rebounds, his 3rd double-double on Xmas Day.

Bernard King will forever be remembered as one of the game’s most offensively gifted players, having the ability to drive the lane as if there weren’t any defenders there to stop him. The Knicks may forever be remembered as a team that just can’t seem to get it right, even in the most positive of situations. No night better exemplified these two feelings than this Christmas Day matchup between the Knicks and the New Jersey Nets. King had 40 points at the half, and would add another 20 before the end of regulation. His total of 60 points still stands today as the record for most points scored on the day, and marked King’s personal career high in points as well. However, despite the milestone, the Knicks still lost to the Nets by six – 120-114.

After a messy divorce between Shaquille O’Neal and the Los Angeles Lakers led to the big man getting shipped down to South Beach, the NBA announced the two teams would meet for the first time the following season on Christmas Day. Neither Kobe or Shaq even acknowledged the other as the two did battle. Kobe would win the battle, as Shaq would foul out in the fourth quarter and finish with 24 points and 11 rebounds, while Kobe went for 42 and six. However, a young Dwyane Wade would spoil Kobe’s night, as Wade’s 29 points, 10 assists, and three rebounds led the Heat to a huge 104-102 overtime victory on the road.

Will James Harden set a Christmas Day scoring record against the Warriors? Can the Sixers take down Giannis and the Bucks amid their historic season? Who will win in the “Battle for Los Angeles?” This year’s Christmas Day games present plenty of opportunities for more history to be made.