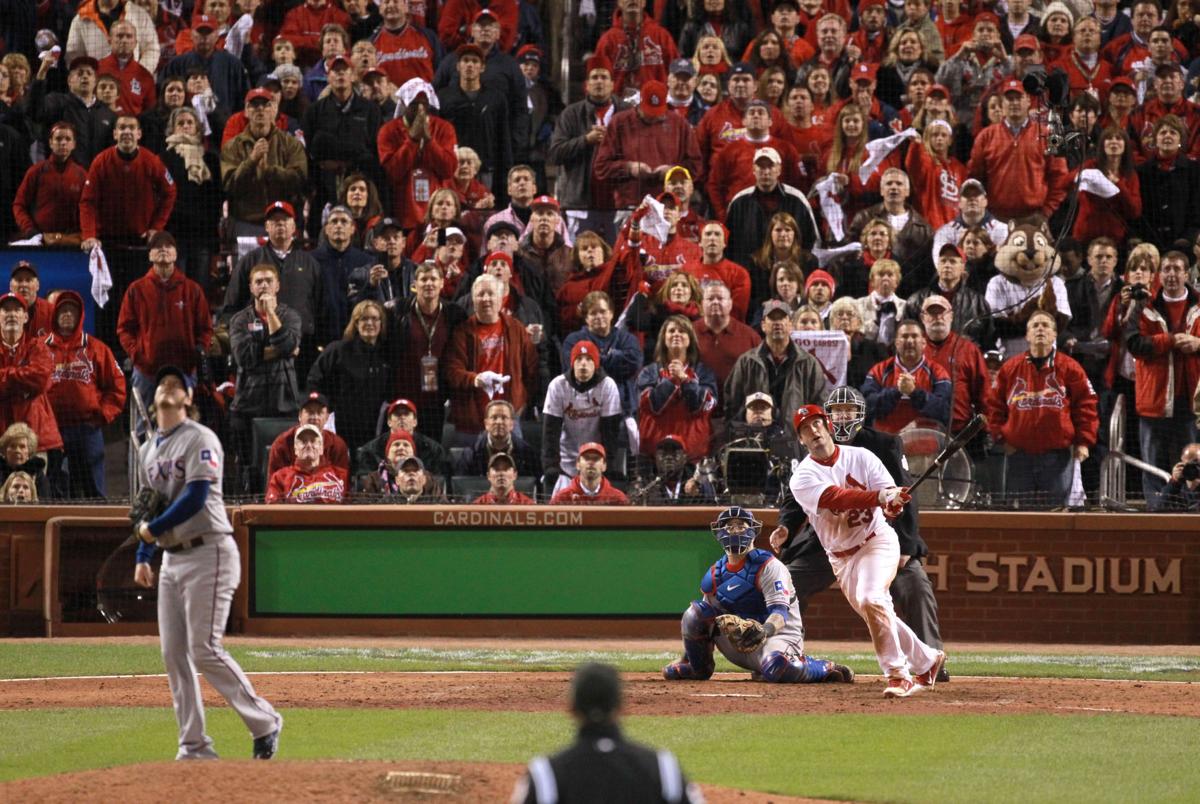 As you may have seen, my counterpart, Owen Cooper began this blog by revealing games 10-6. Here, we take a deeper dive into the Top 5 MLB Playoff games from the past decade. Try not to get chills reliving these memorable moments.

2013 was a year to remember for the city of Boston. Following the tragedy of the Boston Marathon that year, David Ortiz went on the give his famous speech, notably saying “this is our f****ng city.” The Red Sox made the playoffs that year, and were down 1-0 in the ALCS series to the Detroit Tigers. In game 2, Boston was down 5-1 in the bottom of the 8th, when the heart of the city, David “Big Papi” Ortiz stepped to the plate with the bases loaded with two outs. On the first pitch he saw, Ortiz launched a line drive into the Red Sox bullpen, tying the game at 5, and giving us one of the greatest photos ever, of the Bullpen Cop letting his emotions out, celebrating Papi’s historic slam while Torii Hunter just nearly missed robbing the home run. Boston would win the game 6-5, take the series in 6 games, and go on to win their 3rd world series in 9 years.

The Washington Nationals defied all odds this postseason in route to their first ever World Series victory. After squeaking past Milwaukee and forcing a game 5 to LA in the NLDS, the cards were still stacked against them going into this game. Down 3-1 in the 8th inning, the Nats big bats went up against Clayton Kershaw, who has had his playoff woes, but has also previously been on the mound to end the Nationals playoff hopes in 2016. However, this year was different for the Nats. Anthony Rendon and young phenom, Juan Soto hit back-to-back jacks of Kershaw to tie the game at 3. Just 2 innings later with the bases loaded, 36 year old Howie Kendrick shocked the city of LA with a grand slam to dead center, giving the Nats a 7-3 lead, and their first playoff series victory since coming to D.C. in 2005.

The San Francisco Giants started out the decade winning the World Series in 2010, 2012, and 2014. Throughout their historic run, they had many great moments, but none were bigger than Travis Ishikawa’s walk-off home run to send them to the World Series in 2014. The Giants were facing the St. Louis Cardinals, who represented the National League in the prior year’s World Series. In a potential Pennant clinching game, Bruce Bochy and the Giants turned to their ace, Madison Bumgarner, who turned in 8 innings of 3-run baseball. On the other side, Cardinals pitcher Adam Wainwright was a worthy opponent, pitching 7 innings of 2-run ball. Up one run in the bottom of the 8th, the Cardinals turned to relief pitcher Pat Neshek who gave up a game-tying home run to Mike Morse, who was pinch-hitting for Bumgarner. After a barely scoreless top of the 9th inning, the Giants were back up to the plate with a chance to clinch. After a leadoff single and a 1-out walk, Travis Ishikawa smacked the pennant clinching home run, leading the Giants to their third World Series berth in five years.

The Chicago Cubs finally won their 1st World Series after waiting 108 years. In a back and forth game that had many crazy events, such as Rajai Davis taking Aroldis Chapman deep to tie the game at 6 in the 8th inning, and a brief rain delay to begin extra innings, the Cubs were determined to not be stopped. They put up two runs in the top of the 10th inning, and held on for an 8-7 victory, letting the city of Chicago take a huge sigh of relief, as the once lovable losers were finally on top of the baseball world.

David Freese may be the most hated man in the entire state of Texas, and possibly the most beloved man in St. Louis. The Texas Rangers were one strike away from winning the World Series in game 6, but David Freese had other ideas in mind. In the bottom of the 9th, down 7-5 with two on, two out, and two strikes to him, Freese launched a triple into right, tying the game at 7. Josh Hamilton regained the lead for Texas with a two-run home run in the 10th, but the Cardinals clawed their way back again to tie the game. As if a two-run season saving triple wasn’t enough, Freese delivered a walk-off home run to dead center in the bottom of the 11th inning to force a game 7 that St. Louis would go on to win.