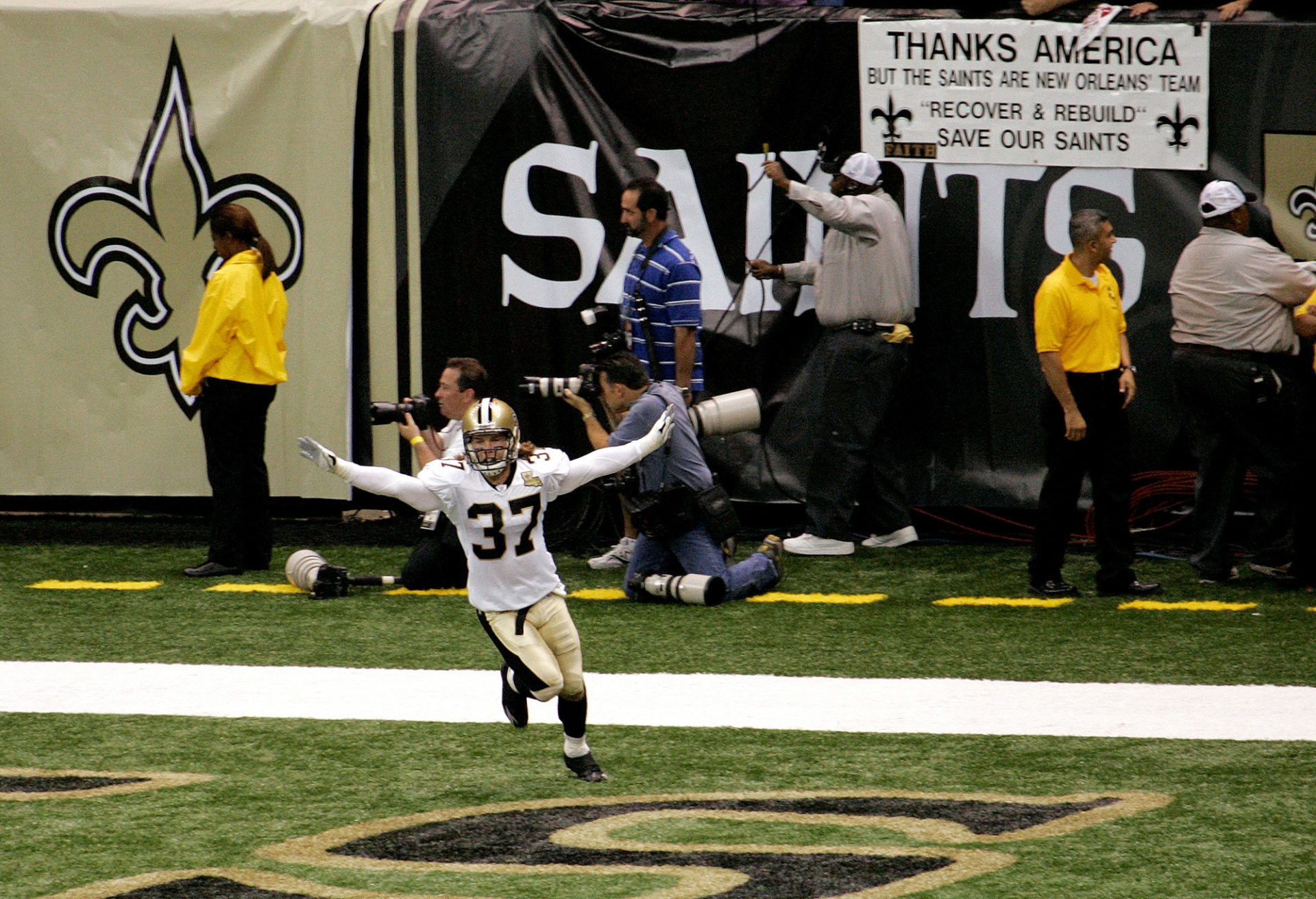 It’s been just over a week since the sports world was put on pause, or in some cases outright cancelled, due to the Coronavirus pandemic that is sweeping across the world. As each day passes, it seems more and more likely we will not be getting sports back into our lives for a while, but that does not stop us from talking about sports.

It was, and remains,  unlike anything the city of New York, let alone the United States, has ever faced, 9/11/2001. Thousands of Americans were killed and life in the United States would be changed forever.

Ten days later, and following a week-long postponement of games across the MLB, the New York Mets faced off against the Atlanta Braves at Shea Stadium, the former Mets’ stadium. The game being played was up for debate, was it too risky to play a ballgame in New York after the attack? it might have been, but the memories from that game will last forever. Never Forget.

With the Braves leading 2-1 in the bottom of the 8th, Mike Piazza stepped into the batter’s box with a chance to give the Mets the lead. What transpired in that at bat not only helped a city to heal, but brought energy to a country that sorely needed it.

In 2005, America’s Gulf Coast was ravaged by Hurricane Katrina, causing $125 million in damages and killing 1,200 people. The city of New Orleans was hit especially hard, with thousands of residents losing their homes, jobs, and more tragically, family and friends.

The Saints were forced to split their home games between San Antonio’s Alamodome and LSU’s Tiger Stadium while the Superdome, the Saints home stadium, looked to rebuild and, at times, housed those affected by the storm.

Following a 3-13 season and rumors that the Saints would move to San Antonio for good, they returned to their beloved home in 2006, ready to play in front of their home crowd and introduce new head coach Sean Payton, as well as quarterback Drew Brees, and rookie running back Reggie Bush.

Fans were happy just to see their team back in New Orleans after that tragedy that transpired a year before . A Monday Night Football game known by many as the “Domecoming”. Following a three and out to start the game, the Falcon’s lined up to punt it away. As Michael Koenen, the punter, made contact, Steve Gleason of the Saints blocked the attempt, which was then recovered by the Saints for a touchdown, sending the Superdome into a frenzy.

What was supposed to be another chapter in a proud Boston tradition ended up being one of the greatest tragedies the city’s ever seen. On April 15th, 2013, two pressure-cooker bombs were set off near the finish line of the famous and historic Boston Marathon. The explosions resulted in three people being killed and hundreds of others being injured. The city went on lockdown for almost a week looking for the suspects.

Two days later at the TD Garden, the Boston Bruins took on the Buffalo Sabres in a crucial late-season matchup. Before the game started, the Bruins held a moment of silence before a short video tribute. What followed was a National Anthem unlike anything else before.

Three days later, the Boston Red Sox hosted the Kansas City Royals in their first home game since the bombing. The team’s uniforms read “Boston”, a change from the usual uniform style. Before first pitch, David Ortiz addressed Fenway Park with words that will live on in Boston history.

The Red Sox went onto win that game 4-3. Some months later, they would win the A.L. East and their first World Series since 2007. Mean to be?

On June 12th, 2016, 49 people were murdered at the Pulse Nightclub in Orlando, Florida. The shooting was the deadliest terrorist attack in the United States since September 11th and, up until October 2017, was the deadliest mass shooting in U.S. history.

On June 18, Orlando City S.C., a team in just their second season in Major League Soccer, paid tribute to the victims in a variety of ways. As the team took the field, The Beatles’ “All You Need Is Love” played over the PR system. The national anthem was sung by the fans in attendance and 49 seats were left open for the duration of the match. In the game’s 49th minute, the play on the field paused for a moment of silence for the victims of the horrendous attack. They would tie the San Jose Earthquakes in the contest.

In late-August of 2017, Hurricane Harvey tore through the states of Louisiana and Texas, with Houston being one of the areas hit hardest by the storm. As a result of the storm, the Astros were forced to play a home series in Tampa Bay.

On September 17, just under one month later, the Astros clinched their first division title since 2001 and ended the regular season with a franchise-record 101 wins. In the ALDS, Houston defeated the Red Sox 3-1 and went on to beat the Yankees 4-3 in the ALCS.

In the World Series, the Astros would face the Los Angeles Dodgers and split the first four games. In Game 5, the Astros came back from 4-0, 7-4 and 8-7 deficits with home runs and would go on to win the game in 10 innings. The Astros would win Game 7 in Los Angeles to clinch the franchise’s first title.

As sports take a back seat to “real-life” issues facing our world, it’s important to pause and reflect on some of the GREAT times in sports after horrible events. When sports return, let’s hope we see moments like these.