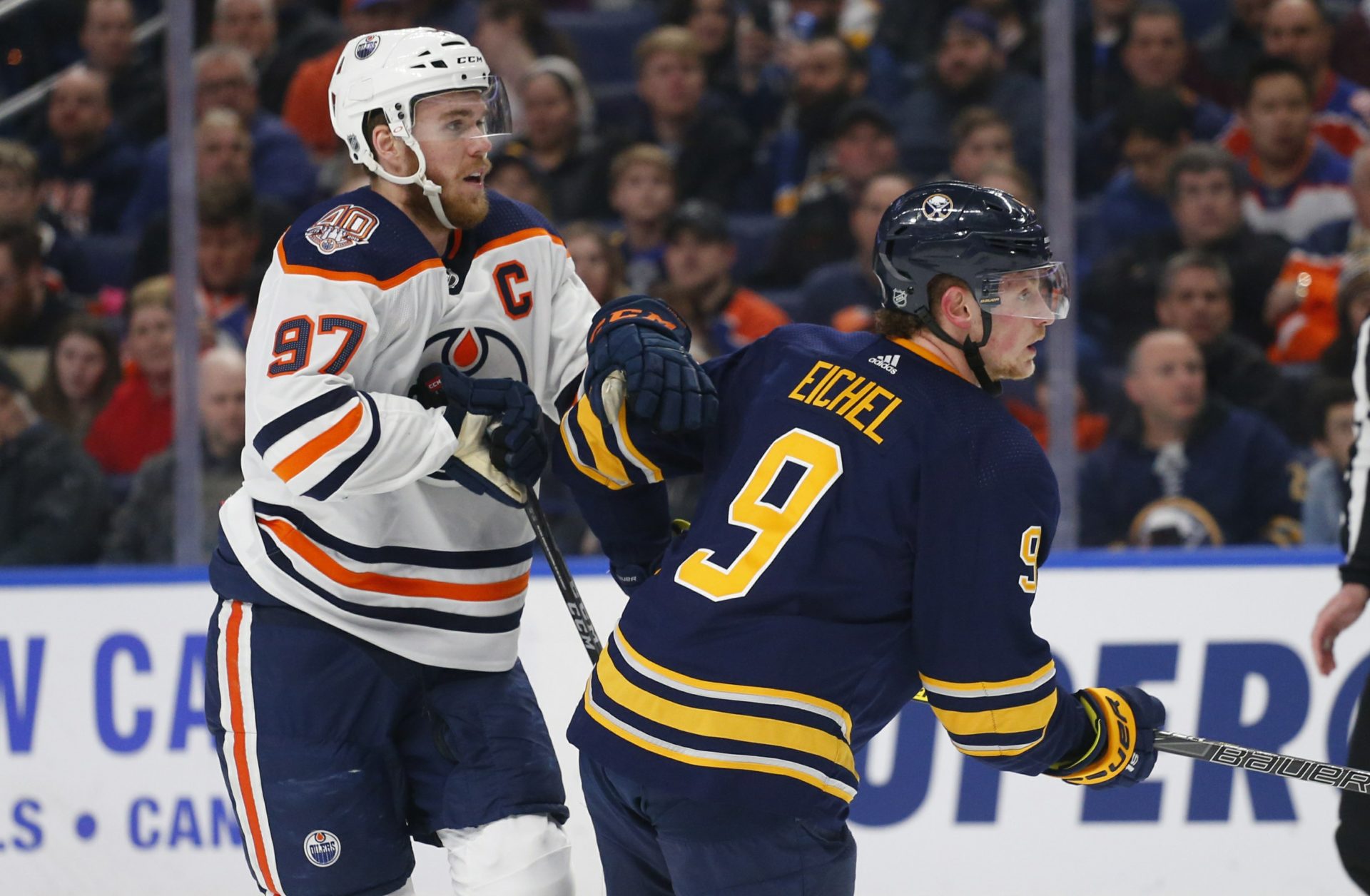 The 2015 NHL Entry Draft saw a lot of talent selected that are now stars on their respective NHL teams. However, some General Managers struck out on their picks and definitely would love nothing more than to have a do over. Well, unfortunately for them there is no do overs, but there is in the world of fantasy hypotheticals. So in that case I have decided to redraft the top ten from the 2015 draft. Boy am I glad I’m not a GM…

McDavid’s offensive ability is evident through the numbers, but if he can grew in the defensive end of the ice he will become one of, if not the best, hockey players of all time.

It was a tough decision on this one between Marner and the player that will be selected number three on this list, but I went with Mitch Marner at #2. Marner moves up two spots in the draft, from selection #4 to selection #2. Marner is no McDavid, but he is one hell of a player. There is also no denying Marner has much more weapons around him in Toronto compared to what Eichel has in Buffalo, but I can only work with what I have seen so far in both guys NHL careers.

Jack Eichel, who was originally selected #2 overall by the Buffalo Sabres is not a pick the Sabres are complaining about one bit. Eichel, the now captain of Buffalo, is the team’s leader both literally and in the points category.

This is a pick Arizona wants back, since the original selection, Dylan Strome, is no longer on the team after a trade with the Hawks that sent him to Chicago. If the Coyotes did not draft Strome they would have likely got a really good player like Mitch Marner or in our case, Jack Eichel. The now captain of the Buffalo Sabres has been one of the few bright spots for the struggling franchise.

The original selection, Dylan Strome, has had a rocky start to his NHL career. Strome spent the majority of his “rookie season” playing for the Erie Otters of the OHL, with Erie he tallied 75 points (22 G, 53 A). In the 2017-2018 season, Strome had the potential to carve out a permanent role on the Coyotes. That was not the case, he spent the majority of the season in AHL with the Tucson Roadrunners. The 2018-2019 season would be the end of the road for Strome in Arizona, 20 games into the season he was traded to the Chicago Blackhawks.

It’s evident that Strome was drafted way too early by the Coyotes, but that does not mean he cannot become a solid player in the league.

Looking at the Toronto Maple Leafs today, 2020, they could really use a Thomas Chabot to push them over the hump or in other words, beat the Bruins. Chabot, drafted 18th by the Ottawa Senators, is one of the biggest steals of the 1st round.

Let’s get one thing out of the way really quick, Thomas Chabot is not surrounded by talent in Ottawa. The lack of team success has not stopped Chabot from becoming a rising star in the NHL. In the 2017-2017 season Chabot had 25 points (9 G, 16 A). In the 2018-2019 season, Chabot put up a career high in points, 55, (14 G, 41 A). This guy is the definition of a elite two-way defenseman, he is not shy to chip in offensively, but can shut the door on the back hand. He can also move the puck with ease.

What really stands out to me for Thomas Chabot is his Time On Ice. This season, 2019-2020, his average TOI is 26:00 minutes. This shows he could be a #1 defenseman for any team. You will start hearing more of Thomas Chabot’s name when Ottawa is relevant again.

Stud. Stud. Stud. What else can you say about Mikko Rantanen? Originally drafted #10 by the Avalanche, Rantanen has been nothing but a star for the Avs. You think the Hurricanes are a fun team to watch now? Think about that team with Rantanen on it.

The Hurricane’s original selection, Noah Hanifin, is no longer on the team after being traded to the Calgary Flames. Hanifin is a solid player but to pass on some of the talent the Hurricanes did must really hurt.

Originally drafted by the Columbus Blue Jackets at #8, Werenski jumps two spots and goes to the New Jersey Devils. Werenski is a top 2 defensman on any team in the league and that’s exactly what he is for the Blue Jackets today.

The original selection, Pavel Zacha, has been a bust for the Devils for where they drafted him. He’s still only 22 years old, sometimes we forget that about these players, but it’s looking like he is going to be more of a 3rd line player throughout his playing career. His top season point total in his career is 32 points. A number he was likely going to add to before COVID-19 led to the suspension and potentially ending of the 2019-2020 season. Even so, the Devils are going to want this pick back.

Originally drafted by the New York Islanders at #16, Mat Barzal has been nothing but a star for the Islanders. The Flyers, who drafted Ivan Provorov in this spot did not strike out, but having the talent of Barzal would have been huge for the Flyers.

If you told the Columbus Blue Jackets on draft night that they would either draft Werenski or Provorov I don’t think they would be disappointed. In this case, I had Werenski getting drafted by the Devils at #6, so there must be a defensive fall-back plan for the Blue Jackets. That guy being number the number one defensmen on the current Flyers, Ivan Provorov.

Originally drafted #23 in the draft by the Vancouver Canucks, Brock Boeser was overlooked by the teams that picked before the Canucks. Looking back, I’m sure many GMs are disappointed for not choosing Boeser, but one team that is likely satisfied with their original pick is the San Jose Sharks.

The original selection, Timo Meier, has been no dud for the San Jose Sharks. In his first full season, 2017-2018, Meier tallied 36 points (21 G, 15 A). In his second season Meier’s production grew immensely. He doubled his point total from the year before with 66 points (30 G, 36 A). After this season, if the NHL season resumes, it will be interesting to see what the San Jose Sharks do moving forward…One thing is clear, Timo Meier should be part of the plan.

Originally drafted #17 by the Winnipeg Jets, Kyle Connor has been a stud on a very talented team. Looking back, the Avalanche, who hold the #10 pick, would still want Rantanen over Connor, but for our purposes Rantanten has already been selected.

Listen, there is no denying that playing with Mark Scheifele and Blake Wheeler doesn’t hurt Connor’s production, but at the end of the day to play with those two guys consistently you have to be putting up the points. The mainstream NHL fan doesn’t hear Kyle Connor being talked about enough and that needs to change…What a player.