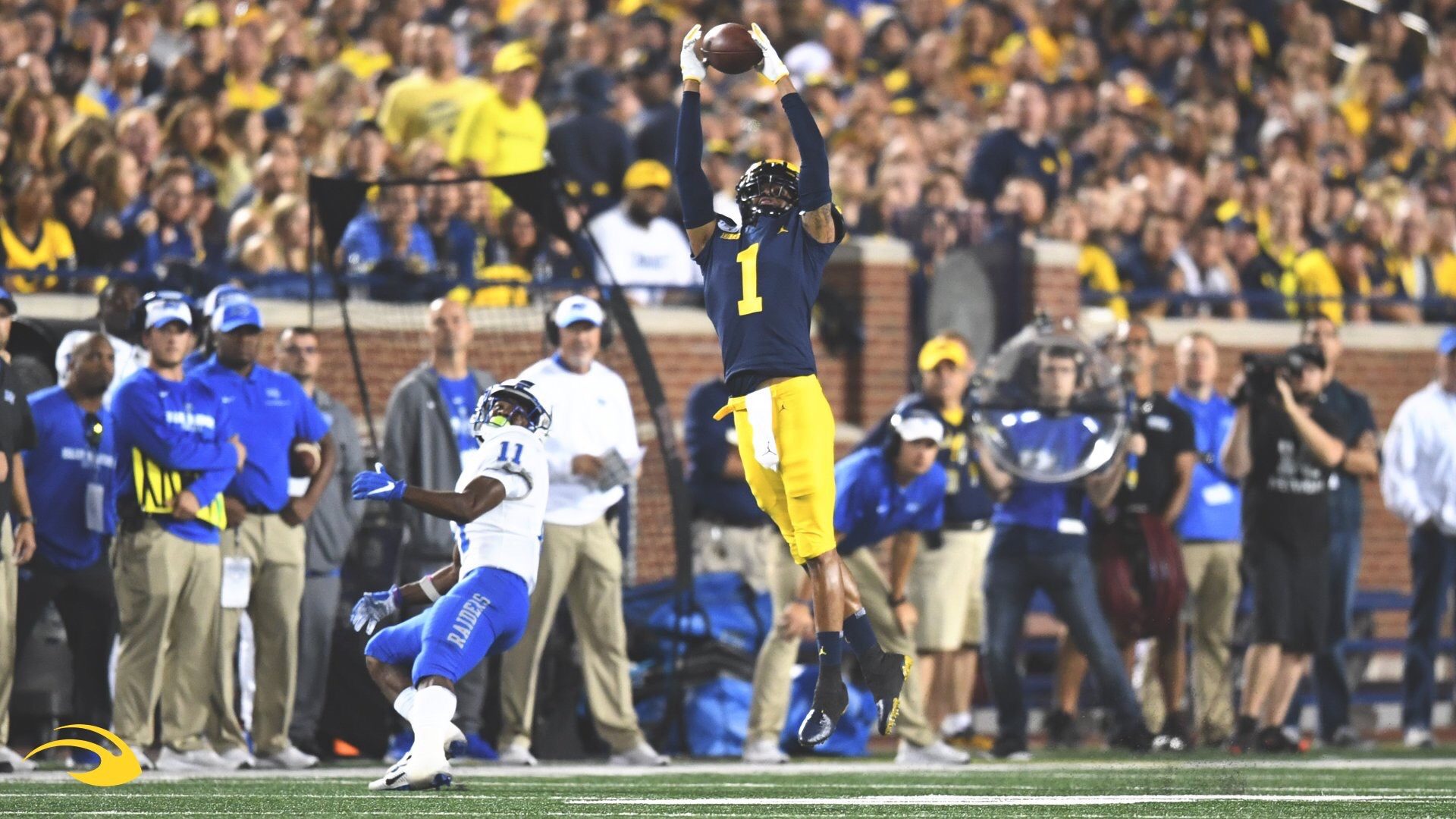 It came with plenty of bumps in the road, but the No. 7 Michigan Wolverines were able to fend off Middle Tennessee State for the win in their season opener. This week, they face the Army Black Knights, who present a unique challenge on offense.

Army (1-0) carries a ten game winning streak into the matchup dating back to last season. That success has come in large part thanks to quarterback Kelvin Hopkins who ran and threw for over 1,000 yards last year to go with 24 total touchdowns. He leads an offense that has run the ball more than any other team over the past three years through the triple-option attack. Hopkins and running back Sandy McCoy handled the bulk of the carries in their season opener against Rice. They won’t pass the ball much, but when they do, expect it to go to Kell Walker or Christian Hayes.

In limited carries, the freshman running back rang in his Michigan debut with eight carries for 90 yards including a 41 yard run in the second half of last week’s game. Out of all the running backs the Michigan used against Middle Tennessee State, he seemed to have the most upside. He could attack the open gap, he could pass block and he seemed more fundamentally sound in general. The question is whether or not he’ll be able to replicate such a performance, or whether or not he’ll have the opportunity to do so.

In the offseason, Michigan’s head coaching staff foreshadowed that they could use both Shea Patterson and Dylan McCaffrey in games. They backed it up in last weeks game as McCaffrey completed a pass, caught a pass and ran for a touchdown. It certainly looks pretty zainy, but if the maize and blue want to make this work long term, they’re gonna have to get some more results out of this strategy.

Don Brown’s unit did a decent job against MTSU. However, anyone familiar with Michigan knows they can do a lot better. Army’s triple-option offense will serve as a good measuring stick. Not only will the front seven need to be on their toes for most of the game, but the defense as a whole will need to showcase the speed to keep up with the black knights, something that was exposed in the final two games of 2018.