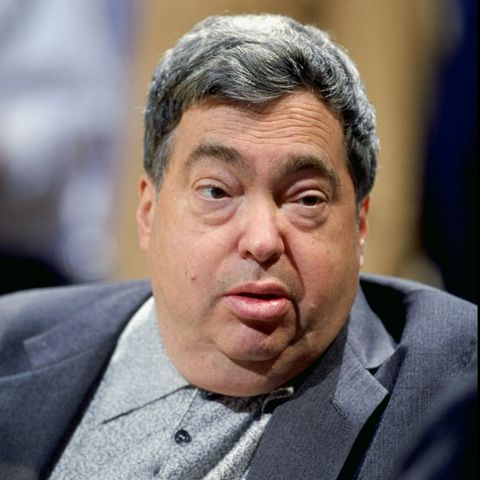 The final installment of The Last Dance has since made its way through both the airwaves and the interweb. Generations who never grew up watching the Chicago Bulls of the 90’s now have a new perspective on it and on basketball itself. From Jordan’s bouts with the media and Phil Jackson’s tenure as a coach in Puerto Rico to Dennis Rodman’s Hangover-esque trip to Vegas and Scottie Pippen’s fight to get from a small college in Arkansas to the best number 2 of all-time, the 10-episode series showed sports fans of all ages just how huge the Chicago Bulls and Michael Jordan were to the game of basketball as a whole.

The series also brought to light a man who was the subject of much criticism throughout this dynasty among dynasties. A man who during this period of quarantine has generated a level of universal hatred that could only be rivaled by Tiger King’s Carol Baskin. I’m talking, of course, about the Bulls general manager, Jerry Krause.

Though he was able to assemble one of the greatest rosters the NBA has ever seen he was also able to leave it in shambles. Ahead of the 1997-98 season, Krause made it clear that the upcoming season would be the team’s last with the current players. Many of the players on the roster still had plenty to give, with Michael Jordan even stating that he would have signed a one-year deal just to come back and win another title. However, Jerry was out to prove that great organizations-not players-are the catalysts that lead to championships, and so all of Chicago’s top players AND head coach Phil Jackson left following the season.

People may look at this sequence of events, not to mention many more leading up to it, and see that Krause did more harm than good to this dynasty. That this team could have gotten to where it was without him and he was more of a hindrance to the team, especially in its later years. It is true that he caused a lot of problems, but it pales in comparison to one simple fact; Although Jerry Krause’s actions were largely inexcusable, his motivation for those actions come from an understandable dilemma.

There is no professional sports league more player-driven than the NBA. In the NFL and MLB, much attention is paid to not just the players and coaches, but also the front office members, who need to build a deep, complete roster just to compete. It’s hard to talk about contenders like the San Francisco 49ers or the Washington Nationals without bringing up general managers John Lynch and Mike Rizzo. In the NBA, you can have two-or-three superstars and automatically be a championship contender. While this is great for the players, it tends to leave front office members-especially general managers-in the shadows and seen as more disposable.

Obviously that’s not the case. Someone has to make those draft picks, sign those players, make those trades and manage all that cap space. And while the players do carry a significant portion of the load in a league with smaller rosters and fewer people on the court, it’s the general managers and other front-office members who put those pieces together in the first place, just like any other sport.

For example, Krause showed interest in Toni Kukoc, a Croatian player who was one of the best in Europe at the time. However, Jordan and Pippen saw this as an insult and even went so far as to take their anger out on Kukoc during the 1992 Olympics. Krause would eventually sign Kukoc and he would average 13 points per game during their second three-peat, the third-highest mark on the team during that span.

I’ll segway to this; Take a break from reading this article for a minute and see how many NBA general managers you can think of off the top of your head.

When we look back on some of the bigger dynasties over the last few years, it’s easy to talk about the players and coaches. We talk about how Tim Duncan and Greg Popovich kickstarted a winning culture and how Steph Curry, Klay Thompson and Draymond Green ushered in an era of dominance not seen since the Bulls in the ’90s. How often do we hear about R.C. Buford, who helped maintain that culture in San Antonio as both a team president and general manager? How often do we talk about Bob Meyers who not only helped build the Warrior into a contender, but constantly kept making the moves to keep them head and shoulders above the rest of the league?

Let me be clear, most of the actions Jerry Krause did to prove this point were objectively mind-boggling. I can’t find a good reason to virtually excommunicate your head coach, and in turn your best player-before a season even starts nor do I see the point in getting rid of all the playmakers you had. Granted, a lot of crucial pieces probably would have walked out the door anyway, but it was still worth a shot.

At the end of the day, Krause’s downfall was never really his incompetence, but rather, his insecurity.