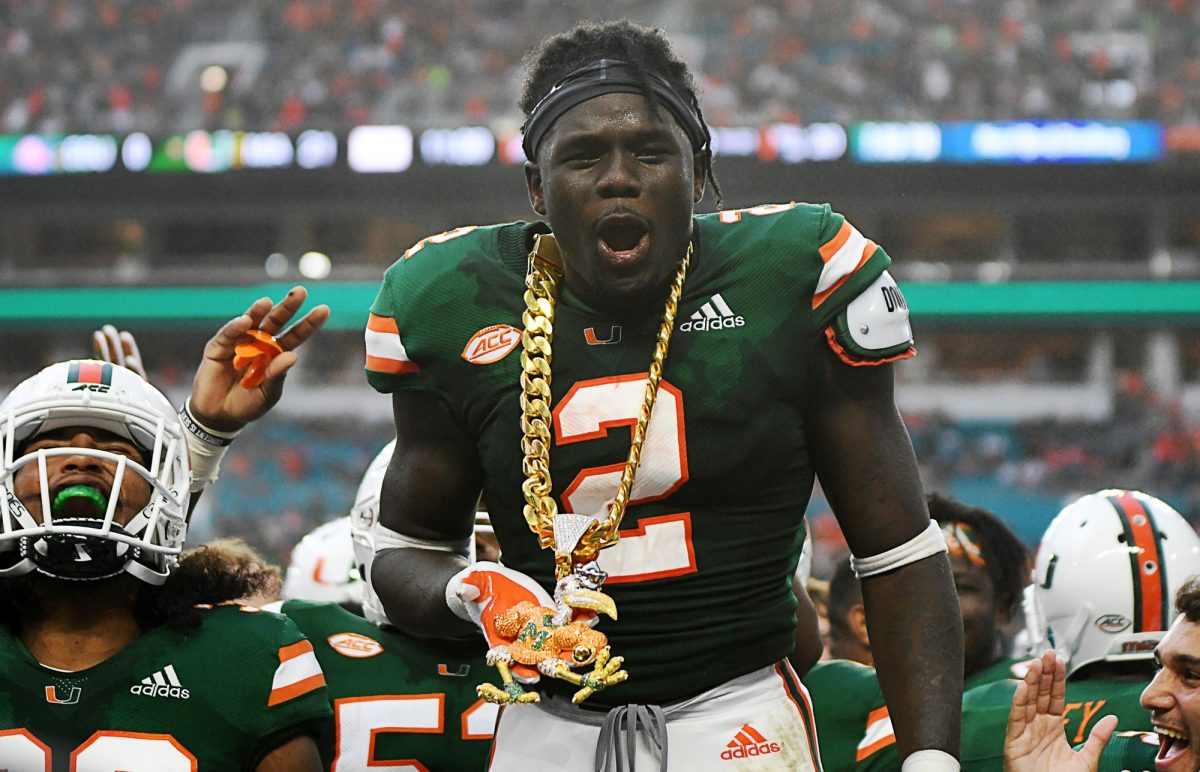 You wanna know what I have been thinking about? Ever since I published that blog yesterday on Jalen Hurts transferring to Oklahoma, I started to think about how exciting the College Football 2019 season is going to be. The drama, the rivalries, the talent and story lines surrounding the 2019 season will make it one unforgettable season.

Jalen Hurts was not the only QB who was on the move this off-season, as his move to OU forced Heisman winner Kyler Murray’s backup Austin Kendall to transfer. Kendall, red-shirted-behind Kyler Murray after spending the 2016 season as Baker Mayfield’s back up, another Heisman winning QB. Austin Kendall announced his decision to transfer to West Virginia, a Big 12 rival to Oklahoma who has replaced Will Grier. This sets up an awesome match-up between two explosive offenses who put on a show last year. Austin Kendall will be sure to bring his A game against his former team, and we can only pray that we get half as good of a game as last year.

Another intriguing Big 12 story line: Is Texas Back? I know we are all praying for a Big 12 championship rematch with Oklahoma vs. Texas. How awesome would that be? Jalen Hurts against Sam Ehlinger fighting for a College Football Playoff berth? Please, give me that every single time, I live for that kind of match-up. Ehlinger is trying to re-establish Texas as a top-tier program, while Jalen is trying to make it back to the CFP as a starter at a new school.

That game is going to be awesome, simply cannot wait for the McConaughey cam on the sideline. Dude brings electricity and swag every single time he steps onto the Texas sidelines.

Over to a conference that actually plays defense, Dwayne Haskins declared for the NFL draft, which left a hole at the QB position in Columbus. It was presumed that their QB gap would be filled by highly touted recruit Tate Martell, but, new Buckeyes Head Coach Ryan Day sent a message across the nation by grabbing former #1 dual-threat QB recruit Justin Fields who transferred from Georgia.

Fields decided to transfer after not being able to beat out Jake Fromm for the starting position. Fromm will lead Georgia next season under center, in which he hopes he can bring them back to another playoff berth. Fields’ move to tOSU makes it very easy for analysts to put the Buckeye’s as one of the early favorites to clinch a CFP berth.

The Buckeyes almost always have a dominant defense, filled with highly regarded recruits, but, this will be their first season without future Hall of Fame Coach Urban Meyer. It will be interesting to see how Day reacts to his new position as Head Coach, as well as how the Buckeyes season unfolds. Keep an eye out for rivalry weekend when the Buckeyes travel up north to Ann Arbor to take on Michigan for the first time in years without Meyer.

Michigan Coach Jim Harbaugh never beat Urban Meyer while he was at Ohio State, does Harbaugh finally get a Win over the beasts from the east (of Ann Arbor)? With the coaching change, it does seem possible, but you always have to think that Urban Meyer will always be in Harbaugh’s nightmares.

Due to Justin Fields transfer to Ohio State, Tate Martell did not hold back when he was asked about how he would handle Fields’ transfer. He was talking about how Fields has proved nothing at Ohio State, regarding the fact Field hasn’t put a day of work into the Buckeye program. He finished up his statement by telling reporters he wouldn’t transfer, that he was excited to compete and GUARANTEED that he would start next year for the Buckeyes.

Tate Martell announced earlier this week that he has decided to transfer to The U (of Miami), joining two former high school teammates from National Powerhouse Bishop Gorman in Brevin Jordan and Bubba Bolden.

It may look like Martell wimped out, and that he wasn’t a man of his word but, would you be a man of your word if you were in his position. Martell was expected to be the starter in the 2018 position, but after Dwayne Haskins proved to be too talented of a passer, Martell took a backup role.

Once Haskins leaves, Martell should be the starter, right?

I mean he was a Five Star recruit who never lost a high school football game as a starter. Also, he was called the next Johnny Manziel as he passed up on every school, because he trusted the Buckeyes program and always dreamed of playing for them.

How do they thank him? By bringing in another Five Star recruit who is younger in Justin Fields. Student-Athletes are supposed to honor their scholarship to the school they chose, but when coaches continuously screw recruits over like this? What was he supposed to do?

The announcement of Martell makes it a great start for the beginning of the Manny Diaz era at The U. After the announcement of Coach Mark Richts retirement, Diaz left his head coaching gig at Temple before even coaching a game, and accepted the Miami Head Coaching job. Diaz was the defensive coordinator under Mark Richt and implemented the now infamous “Turnover Chain” that was on display throughout Richts short tenure.

The biggest area of concern for the Canes the past couple of season has been at the Quarterback position. Miami has always had the recruits and athletes, now that it has a play making quarterback in Tate Martell? Watch out for the Hurricanes next season.

Oh, that reminds me. That Miami vs. Clemson game? Trevor Lawrence vs. Tate Martell? Stay tuned in for that game in the fall, as two Heisman candidates could have a showdown against one another with major CFP implications.

I don’t want the College Football season, I need it. Feed me this kind of drama. I love it.

P.S. Just your friendly reminded that “Powerhouse” program Notre Dame has ONE National Championship since 1988.