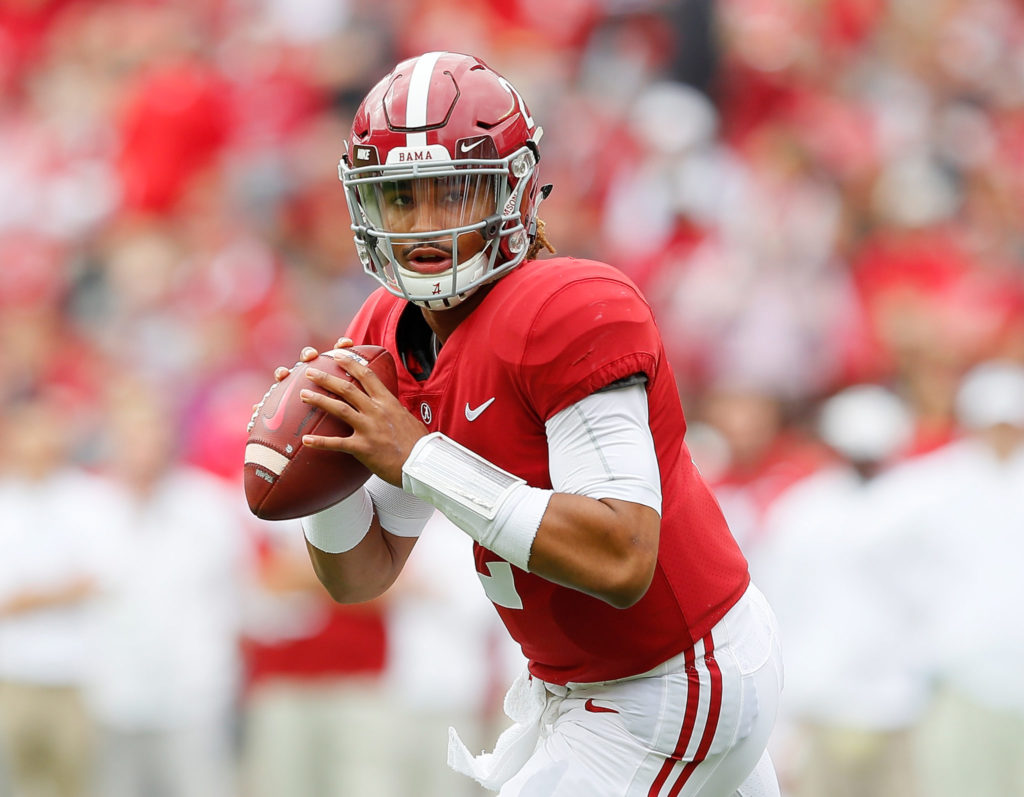 That one’s gotta Hurt. Former Bama’ QB Jalen Hurts announced his decision to transfer to Oklahoma, while Lincoln Riley catches another stud at the quarterback position. As people remember, Jalen Hurts got pulled at halftime of the 2018 National Championship game against Georgia. The offense was struggling, so Coach Nick Saban went to the young gun slinger from Hawaii, and Tua never looked back.

He led Alabama to a second half comeback, and secured the starting position for the 2018 season. Jalen vowed to stay, and hone his skills at the quarterback position, believing that Alabama gave him the best chance to improve his game.

Everyone expected Jalen to transfer after the season, but the decision to transfer to Oklahoma, already answers the Sooner’s biggest off-season question in who was going to be their starting QB. Well, with this move certainly looks like Lincoln Riley found his starting Quarterback, which immediately puts the Sooner’s as early favorites to land a spot in The College Football Playoff.

Just imagine how Lincoln Riley is feeling, Back to Back Heisman trophy winning quarterbacks, and now they add Jalen Hurts? The man must be on Cloud 9 and feeling pretty confident in his teams chances to repeat as Big 12 Champions. With a former SEC QB who used to shred up SEC defenses, imagine the damage and numbers he could put up with a high powered offense coach in Lincoln Riley? While playing against notoriously bad Big 12 defenses?

Jalen could do real damage in Lincoln Riley’s system, and surely should not be forgotten about on Army vs. Navy weekend when the Heisman Winner is announced. Don’t be surprised if Jalen Hurts comes on top with the award next December.

It’s going to be amazing watching him laugh his butt off as he runs through Big 12 middle linebackers who would be strong safety’s at Mississippi State. Do you really think this guy is scared of Texas Tech? He freaking ripped apart SEC defenses for two years and then led his team back from a 7 point deficit against Georgia to win the SEC championship after being benched for a Sophomore stud.

Now that he’s at Oklahoma, Hurt’s has to watch out for another Sophomore stud in Sam Ehlinger at Texas. Anyone who saw that Sugar Bowl game knows that Texas is Back. That Matthew McConaughey sprint down the Texas sideline? Am I the only one who saw that and immediately thought Texas was back? Give me that every single Saturday. Oh yeah, and that QB from Texas who tore up a Georgia defense may be a little bit of a reason why Texas is getting there.