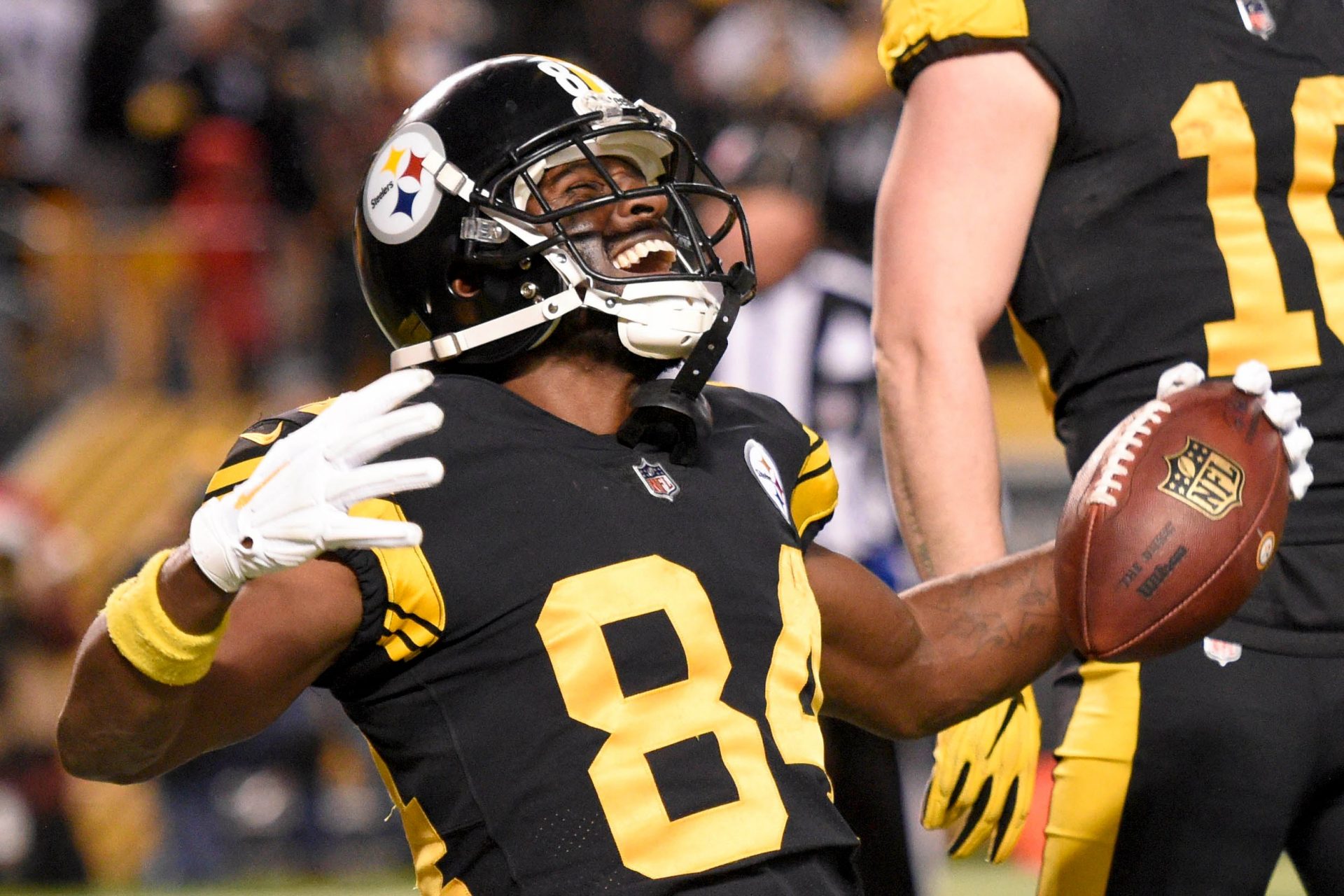 Will “Business be Boomin” anywhere else besides Pittsburgh come next season? The Antonio Brown saga continues to grow each day and now the possibility of Brown being traded is becoming more likely than ever. Even Steelers president, Art Rooney II has stated that “it is hard to envision Brown being at Steelers training camp come this summer.” Now, today Brown is not answering Rooney’s phone calls, so should Steeler fans be concerned? With that being said, I thought it would be fun to think of some trade destinations for Brown. The Steelers will not release Brown, so if they do trade him, it will certainly shake up the league. I personally believe Brown will be traded come the start of next season so let’s look at some destinations.

Jimmy Garoppolo can certainly use a true number one receiver and giving the quarterback Antonio Brown would put the duo atop the league’s best QB WR combinations in the league. Brown also recently has been speaking to Jerry Rice and even posted a screen shot of them on facetime with one another. Rice also came out and said that Brown wants to be a 49er, “really bad”, but who knows if this is true. The 9ers are on the rise and with the emergence of tight end George Kittle and Matt Breida, this offense can be dangerous. Kyle Shanahan is one of the league’s best offensive minds and if he gets AB in his hands the possibilities could be endless.

The Jets have a lot of upside ahead of them. (one fan can hope) They drafted their promising franchise QB a year ago in Sam Darnold and now they need to get him some help. Who else to give Darnold, then arguably the best receiver in football. Oh, the Jets also hired offensive head coach Adam Gase who will develop Darnold into a top quarterback in the league. Gase had success in the NFL with developing quarterbacks, so hopefully this hire works out. The Jets are also rumored to be in be in play for Steelers running back Le’Veon Bell once he hits free agency. It would be interesting if Brown and Bell are in green and white come next season because who would not want play in New York with a special young quarterback. The Jets need some help desperately and fans need something to cheer about so this could be the answer.

Not even into a full week and I believe Kliff Kingsbury is on the hot seat. The coach was fired from his alma mater in Texas Tech and now he has a head coaching position with the Arizona Cardinals. Kingsbury is also coaching the worst team in football a year ago in arguably the hardest division. Imagine being a young head coach and having to face Russell Wilson and Pete Carroll, Jimmy G and Kyle Shanahan, and Jared Goff and Sean McVay twice a year. This is super intimidating and if I were Kliff Kingsbury id have the GM on the phone with the Steelers making that deal tomorrow. He has young quarterback Josh Rosen, all pro running back David Johnson and the first pick in the draft. There is a lot of upside I think here, but adding a player like Brown to this division will make the Cardinals competitive and give Rosen more weapons to work with. Larry Fitzgerald is also flirting with possibly retiring and who else is better to replace the hall of famer than Antonio Brown.

This one spot is one that would be CRAZY to see. The Colts have a ton of money come free agency this year and they can build a powerhouse for Andrew Luck. This move seems unlikely to me because I think the Colts are well rounded at receiver, but with a chance to get AB, why pass? Putting him alongside Luck and Hilton I think this offense would be special. Andrew Luck seems to be healthy despite a disappointing loss to the Chiefs, so look out NFL! We do not know how much longer Tom Brady will be playing in the NFL and the Colts will quickly jump to the top of the AFC Super Bowl odds once he’s gone, even without Brown. Oh yes, the Colts are also one of the teams Le’Veon Bell has expressed interest in playing with, now imagine that offense, with that offensive line. That would be scary for opposing defenses every week out.  So hey why not go get Antonio Brown, spend some money on defense and I guarantee there will be a Chiefs Vs Colts AFC championship every year going forward.

This spot is one that I think could be a true wild card for a few reasons. The Broncos traded away receiver Demaryius Thomas and Emmanuel Sanders tore his Achilles in practice this season just after the team traded Thomas. The Broncos could be on the way up going forward, as they did an amazing job in the last NFL draft. Brown paired up with Sanders can provide opposing corner backs a real tough time with coverage and with the emergence of Philip Lindsay, this offense could be great. Brown and Sanders appear to have some beef right now, but hopefully it’ll blow over and Sanders could get the Broncos to get the play maker. The team is also bringing in new head coach Vic Fangio and will most likely build the Bronco defense into a juggernaut. So this would be another interesting landing spot for Brown.

This is the destination that I least likely think will happen because it simply does not make sense for the Dolphins. This team is an overall mess, and I frankly do not know what their identity is. Who knows what the deal is with Ryan Tannehill and what the plan moving forward is. I believe AB would be miserable playing for the Dolphins because of the competitor he is and at the end of the day, he wants to win a Super Bowl and I don’t think the Dolphins are anywhere near one. The one reason I think it would be a good fit is because this is where Brown lives. It would be overall easier for him each day and as he nears the end of his career he may want to settle down. Who am I kidding, this is Antonio Brown we are talking about he does not slow down, but this option is legit and why would the Steelers send him to a team that they know would beat them in the AFC?

I am curious to see how the Steelers handle the Antonio Brown saga going forward because it will sure get very interesting as we are seeing more drama each and every day. I think for the Steelers they should trade him and look toward the future especially with young studs like Juju Smith-Shuster and James Connor running the show. So I know it may hurt, but it may be for the best to pile up some draft picks and build a solid young group. It is only a matter of time, but I think Brown will not be in Black and Yellow next season, but let’s wait and see.