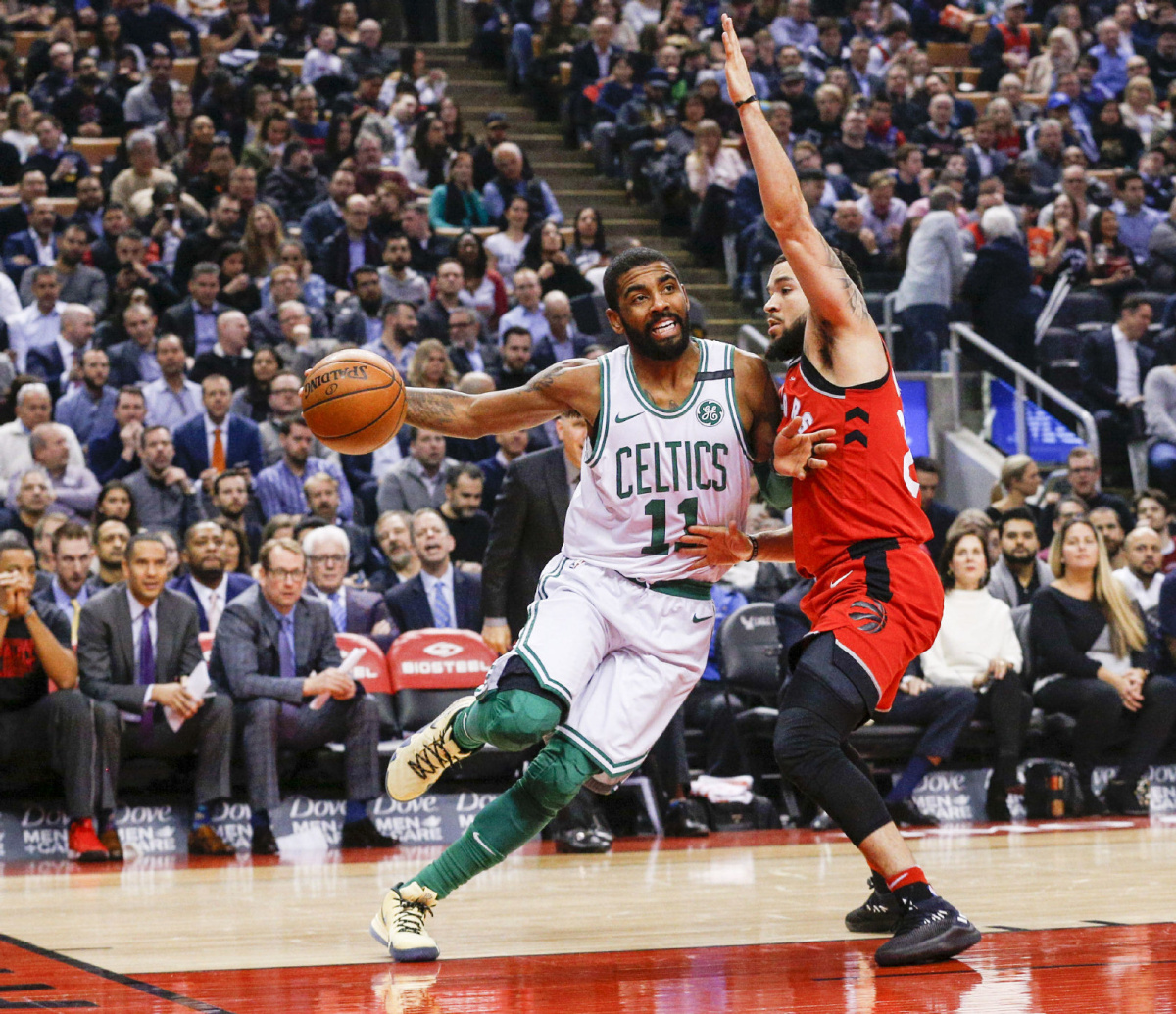 Dagger 3 from Kyrie. Again. Kyrie hit a dagger three-pointer with 1:29 left in the game to clinch a win against the Toronto Raptors (116-108). This was a huge win for the young Celtics, who have been a disappointment to say the least, thus far in the season. But, they showed improvement by holding Kyle Lowry to 10 points, 7 assists and 6 rebounds, while Kawhi Leonard proved why he is in the MVP discussion on his way to dropping 33 points along with 4 steals.

One of the huge reasons the Celtics got this win was the ability to contain the Raptors bench, which is led by former Wichita State standout, Fred VanVleet (10 PPG). VanVleet is one of the best players off the bench in the NBA, and leads a deep Raptors bench which makes the Raptors so dangerous late in games.

The Celts proved to be too much to handle, as their Big Three of veterans Al Horford (24 points), Gordon Hayward (18 points) and Irving (27 points) had big days, scoring at will against one of the East’s best teams, especially defensively, where they rank in the top 10. On the other side of the floor, the Raptors are a top 10 team offensively, where they score 113 points per game. The Celtics bested them by holding them to 108 points, as well as getting a respective 16 points from Jayson Tatum, who we often forget is only a second year player.

With the success of last years playoff run, its understandable to see the frustration from Celtics fans. But, remember this is the same Celtic’s squad that has boy genius Brad Stevens and undeniably one of the best GM’s throughout all sports in Danny Ainge. Stevens has had is team surpass expectations every single year he has been in the league. And I predict that they will again surpass expectations and make it to the NBA Finals, I think they are too talented and too well coached to be bounced from another Eastern Conference Squad, especially the Sixers.

Sorry IT, I’ll take Uncle Drew every day of the week.

This win was huge for the young Celtics, and a step in the right direction. It was nice to see the old guys take control of this game, as the young guys are struggling with the high expectations, the veterans put the team on their back and carried the squad. The young guys need a strong veteran presence in the locker room, and Kyrie even admitted to his personal struggles with being the leader of this team. He even called Lebron to apologize for the way he acted in Cleveland for his resentment towards Lebron’s leadership style. Now, as the man in Boston, he is struggling with his new leadership role, which was a bit harder than he expected.

To make a Finals run, the Celtics are gonna have to rely on the Celtic’s young fresh legs, veteran leadership presence in the locker room and Kyrie’s clutch gene that he displayed last night against the Celtics.

Motion to officially change Kyrie’s name in the 4th quarter to Uncle Drew?