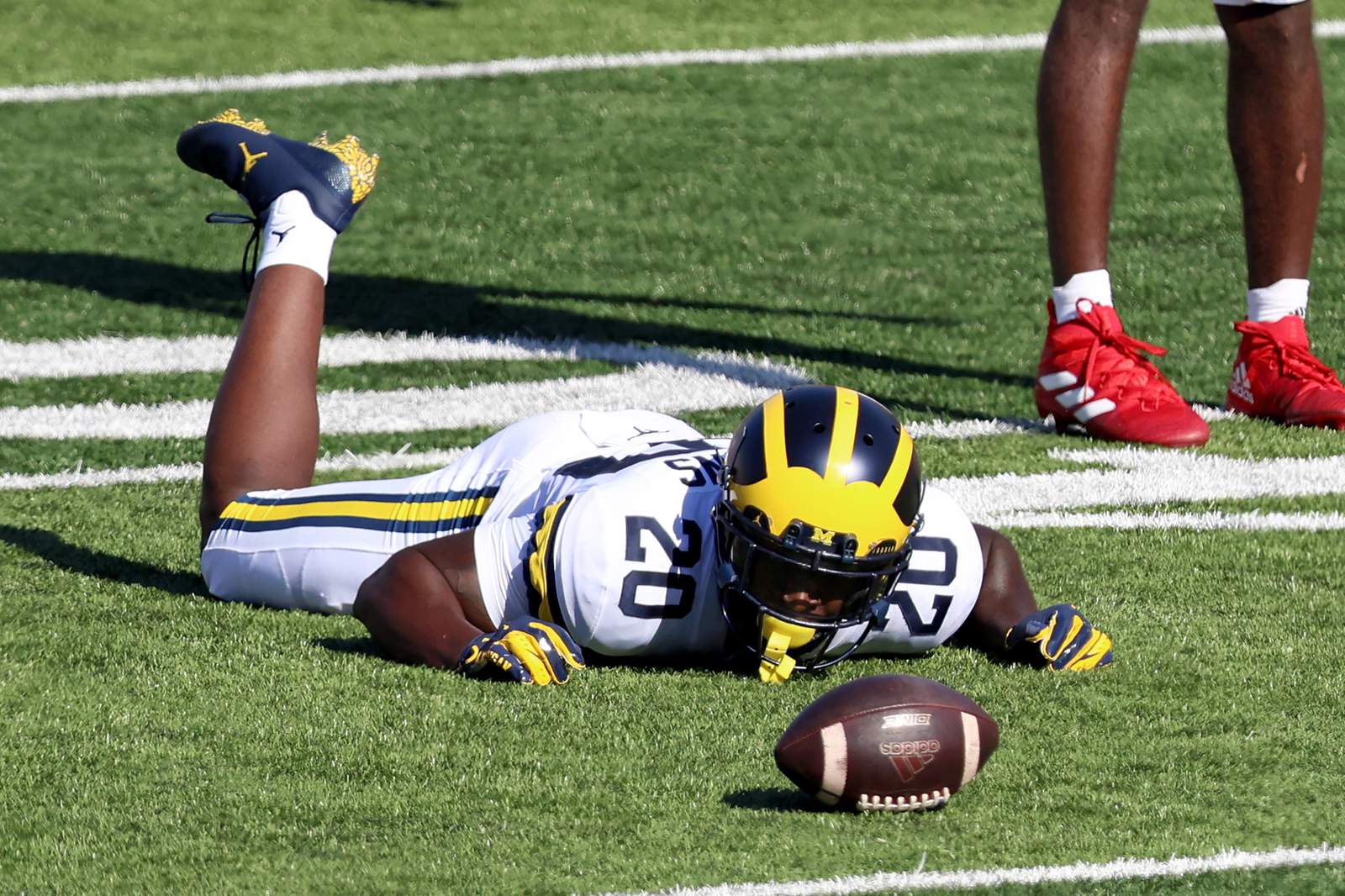 The now-unranked Michigan Wolverines (1-2) are in arguably their biggest rut of the Jim Harbaugh-era. They’ve lost two ugly games; one to rival Michigan State and another to Indiana, their first loss to them since the Reagan administration. In those loses, the things that made Michigan a powerhouse became a glaring weakness with little consistency across the board.

Nevertheless, the maize and blue will try again to get off the schneid with the No. 13 Wisconsin Badgers coming to Ann Arbor in primetime.

The Badgers got their season off to a strong start with a 45-7 win over Illinois. In the contest, redshirt freshman Graham Mertz completed all but one of his 21 passes along with five touchdowns in his first ever start for the team. Three days later, the program was forced to indefinitely suspend football activities after Mertz, head coach Paul Chryst and a dozen others on the team tested positive for COVID-19. Wisconsin ended up cancelling two games and will now need to run the table just to have a chance of making the Big Ten Championship game for a second consecutive year.

Wisconsin is usually a run-first team that only passes when they need to. Although they didn’t have any sort of bell-cow back to handle most of the carries in their season opener, Garrett Groshek, Nakia Watson and Isaac Guerendo will factor into the game plan at least a little bit, as each had at least 11 carries. Tight End Jake Ferguson stands to be the biggest contributor in the receiving game with A.J. Taylor and Danny Davis on the perimeter. The quarterback situation remains a mystery, as no one is sure whether Graham Mertz will be able to recover in time for the contest. If he doesn’t, it’ll most likely be up to Danny Vanden Boom, who has been the only healthy quarterback for the team since the outbreak.

If The Defense Can Respond

What was once the backbone of Jim Harbaugh’s Wolverines has become a laughing stock in college football. The Wolverines have given up 323 and 342 passing yards in their past two games with no sacks or turnovers to compensate. Dating back to last year, they’ve given up over 300 yards through the air in four of their previous five games, all of which were losses. It’s gotten to a point where everyone, from the best teams in the sport to those with not nearly as much talent as Michigan, have figured them out.

Vincent Gray seems less and less capable of holding his own in man coverage as does Germon Green. The secondary also can’t seem to perform well in zone coverage. On top of that, the front seven isn’t getting to the quarterback and was caught offsides way too many times. Just days ago, they lost their best player, Aidan Hutchinson, to leg surgery. Outside of Kwity Paye, no one can get it done.

Wisconsin has yet to find its traditional bell-cow back, so if the maize and blue can force them to run more often they have a chance, but if Graham Mertz is healthy and ends up having the kind of game he had against Illinois, the commentary crew will need to head to the airport early.

Can Something Positive Happen In The Run Game?

In 2013, Michigan was held to -48 yards in a blowout to Michigan State. No one thought it would ever be that bad again. Against Indiana, however, the Wolverines seemed to take it as a challenge as they ran for 13 yards on 18 carries as a team, their worst mark since that fateful day in East Lansing.

Offensive linemen Jaylen Mayfield and Ryan Hayes were both sidelined with injuries so the already-shaky offensive line didn’t have much help. However, it’s hard to make excuses for a running back unit with so many talented players. Hasaan Haskins still appears to be the best back in that system, but even he hasn’t had a ton of big plays, certainly not enough to win consistently. He, the other backs and the offensive line-with or without Mayfield and Hayes-simply have to step up if Michigan wants any chance of remaining competitive in 2020.

Let’s get one thing straight; Joe Milton has been put in a very unfair position. Because of what’s happening on defense and the lack of support in the run game, he is being asked to be the savior of, frankly, this entire team and to be the one consistent force in a winged helmet. That being said, he will need to improve not just because of these reasons, but in order to solidify himself as the starter for Michigan in years to come.

He did play a good game against the Hoosiers throwing for 344 yards and three touchdowns. Including this highlight-reel throw:

However, he also made more throws into tight coverage and even overthrew a wide open Ronnie Bell on what would’ve easily been a touchdown. It doesn’t help that he surrendered two interceptions on the team’s last two drives of the game. One resulted in a touchdown and the other allowed Indiana to run out the clock and win the game. Milton will need to lessen those mistakes, especially a Wisconsin defense that consistently ranks in the top of college football in points allowed.

The Badgers and Wolverines kick off Saturday, November 14 at 7: 30 p.m. eastern on ABC.