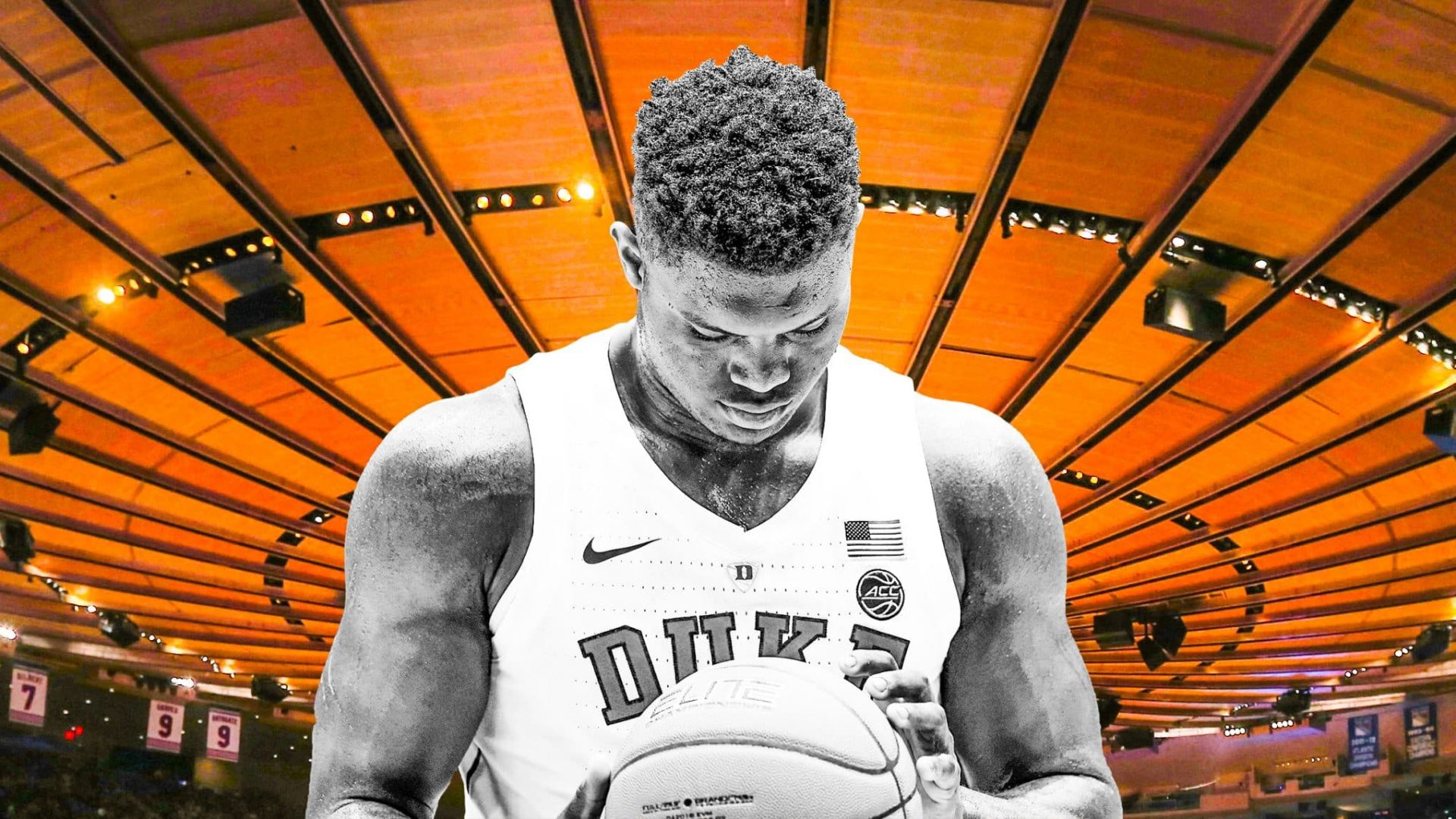 Hey basketball gods are you out there? If you are there is one thing we Knicks fans are asking for. Throughout the entire college basketball season we were salivating at the fact that we could possibly draft one specific player has the skillset of a potential NBA great with the potential number one pick. I am not going to name names here, but I think we all have a basic idea. Being a Knicks fan has been absolutely brutal the past few years, and after this past season, I think it is safe to say we need a savor. This offseason has been much anticipated for the past few years and to be honest, I cannot wait to find out our fate.

Tonight, at 8:30, I think is one of the biggest days in Knicks history. Yes, I said it, in the rich history of the New York Knicks, and tonight is beyond crucial. We all know the deal with Zion, it is clear he is one of the best NBA prospects we have ever seen and as a Knicks fan, there is not a player I want more. I know there is a possibility the Knicks can land Kevin Durant and Kyrie Irving, but what will energize The Garden more than one of Zion’s iconic dunks. The Garden needs excitement, and from games I would attend the fans are there, but something is missing.

The last time the Knicks had the first pick in the draft, the great Patrick Ewing was the pick who ultimately changed the culture in New York. The Knicks went on to make two NBA finals, but did not win one. Now, things may be different, and I truly believe if the Knicks land the first pick tomorrow, we will once feel a revival in New York basketball. Living through the Jeremey Lin and Carmelo Anthony times was fun, but just imagine the Zion era. Fans will be flocking to MSG every night waiting to see what show he will put on next, as a receives a pass from Kyrie Irving. Ah I am just dreaming, but I am begging for this to come true. I am also a Kentucky Wildcats fan and truthfully, I had myself watching Blue Devil game hoping I could see that number 0 jersey in blue and orange one day.

What worries me the most, is how I am putting all my trust in a bunch of ping-pong balls to hopefully land the number one pick. The Knicks, Cavaliers and Suns all have a 14% of landing the first pick and frankly, this stinks. The change to the lottery in 2017, I think really screws over the worst team in the NBA from that season. I know they want to do away with tanking, but as a fan who is rooting for the first pick when their team was dead last in the NBA, I am officially frustrated. There is great potential NBA talent with the second and third pick, with Ja Morant and RJ Barrett probably on the board, but when the opportunity to draft a player who will change Knick basketball on day one, I refuse to accept any other option.

I think my opinion is kind of obvious here and I am praying for the first pick. I firmly believe, if the Knicks landed the first pick and took Zion they would easily be a playoff team. This is all without signing top free agents this summer too. The Knicks are building a great team and after a solid draft last year, with Mitchell Robinson and Alonso Trier making big strides, I am confident in this team. When the Knicks traded Kristaps Porzingis during the season, I was truly heart broken, but now I am fully invested into this plan that Scott Perry has. Tonight will be monumental for the Knicks and I will be on the edge of my seat all darn night.