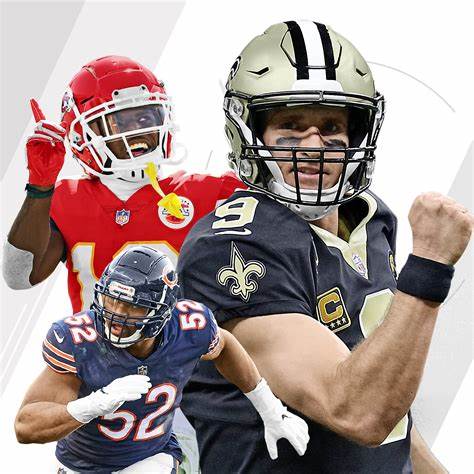 Week 7 of the 2020 NFL season has concluded, meaning the halfway point of the season is rapidly approaching. In addition, we are beginning to distinguish which teams are true contenders within their conferences, and which teams are pretenders benefitting from easy schedules in the beginning. Here, we break down each division in the NFL, ranking them by the presence of Super Bowl contenders, playoff locks, and talent from top to bottom. We start at number 8, in a division where the leader sits at 2-4-1. Does each division really have to send a playoff team?

Wow, is this division bad. After losing Dak Prescott, the Cowboys seem to have lost the life that at least kept them in some games, despite a comically bad defense. The Washington Football Team actually might be the most entertaining team in the division, but are not a good team by any means. The Giants are painful to watch, and the Eagles… well the Eagles lead the division at 2-4-1, and if they can get healthy can maybe win the division  and host a playoff game with 6-7 wins.

Leading the division, the Buffalo Bills are a very good team that is just a year or two away from really contending in the top-heavy AFC. Josh Allen has been electric in 2020, and have the right pieces in almost all the right spots. The Patriots are feisty, but Cam Newton’s inconsistency has them limping to a 2-4 record. The Dolphins keep surprising people, and are about to get much more fun with Tua Tagovailoa starting. Finally, the 0-7 Jets are far and away the worst team in the league, and it is safe to wonder if they will win a game this year. Unfortunately, this division doesn’t bring any real contenders to the AFC.

The AFC South is a confusing division. The Titans are a very good team, with their only loss coming to the undefeated Steelers. The Colts sit at a very quiet 4-2 record (with the easiest schedule in the league), with a tough set of games looming ahead. The Jaguars and Texans both sit at 1-6, but are on completely different levels in terms of potential. The Texans remain moderately competitive as long as franchise QB Deshaun Watson is healthy, and could definitely upset some good teams. Meanwhile, the Jaguars are still trying to rebuild, and may be in the market for a certain quarterback out of Clemson. Outside of potentially the Titans, this division also doesn’t boast much of a threat to send a team deep into the playoffs.

The AFC West is highlighted by Patrick Mahomes and the Chiefs, who have proven to be the best team in the league and an obvious Super Bowl favorite. After them, the Raiders (3-3) and Chargers (2-4) both look better than their records suggest (3-3 & 2-4, respectively), and even the Broncos have been able to compete with some of the top teams in the league. However, this division is far from a lock to send multiple teams to the playoffs, something that can’t be said about the rest of the divisions on this list.

Unlike the previous 4 divisions, the NFC South is almost a lock to send a couple teams to the playoffs. The Tom Brady experiment is looking successful so far for head coach Bruce Arians, and also signed the former disgruntled Antonio Brown. Adding Brown to a receiving corps that boasts Mike Evans, Chris Godwin, and a suddenly in-shape Rob Gronkowski, we have ourselves a dream team. The Saints will be pushing for another consecutive division title, but may have to settle for a wild card spot. Teddy Bridgewater’s Panthers are a very competitive team, even without a run game to show for, and then we have the Atlanta Falcons. If NFL games lasted 3 quarters, they just might be the best team in the league! Unfortunately for Atlanta fans, “quarters” means there are four of them, which means the Falcons are a very disappointing 1-6. The real question here: Are the Bucs a threat to make it to February?

NFL fans everywhere were looking for the Chicago Bears to come back down to earth, and that they did on Monday night. Their offense has been anemic, but they still have managed a 5-2 record, which remains very respectable. The Packers look to get rolling again after getting crushed by the Buccaneers a week ago, and the revenge tour of Aaron Rodgers remains a nightmare to the rest of the league. Even the Lions have been able to win a few games thanks to the criminally underrated Matthew Stafford. The only hiccup in this division is the Minnesota Vikings. Poor play from QB Kirk Cousins inhibits the otherwise talented team from its ability to compete on a weekly basis, leaving them at a dismal 1-5. In terms of the NFC North, are the Packers AND Bears both playoff teams? Yes. Super Bowl contenders? Yes and no, respectively.

Is it fair to publicly announce that the Cleveland Browns are now a good team? They are 5-2, so I’d say yes. This team is far removed from their not so distant past that has seemed to haunt them, and just keep figuring out how to win games. Meanwhile, the AFC North has produced two juggernauts set on a collision course next Sunday, with both teams generating Super Bowl dreams for their fan bases. The Steelers have been dominant, albeit against a far inferior schedule. The Ravens are still the Ravens, and Lamar Jackson proves each week that he still is the reigning MVP. The Bengals are a bad team with a good young quarterback, which allows fans to look to the future. Fun stat for Cincinnati: of their 5 losses, 4 of them have been by 5 or less, showing the fight that this team has in them. The AFC North might be the only division with two legitimate Super Bowl contenders.

Besides the NFC East at #8 on this list, the NFC West at #1 was the easiest ranking here. This division is absolutely stacked with talent. Every team in this division has a realistic shot at pushing for the playoffs, and the Seahawks are the real deal with Russell Wilson is making a push for MVP. The Cardinals come off a huge win against said Seahawks, and Kyler Murray, although inconsistent, has a bright future in Arizona as they begin to come together. The Rams also are coming off an important win, and sit tied with the Cardinals at 5-2. The only reason the 49ers aren’t as successful as their West coast counterparts is the fact that they have been ravaged by injuries. However, a lopsided victory over the Patriots puts them now at 4-3, finally looking like the team that was a quarter away from a Super Bowl victory just 8 months ago. With every team here setting their sights on double digit wins and a playoff berth, the NFC West is the most complete division in football.