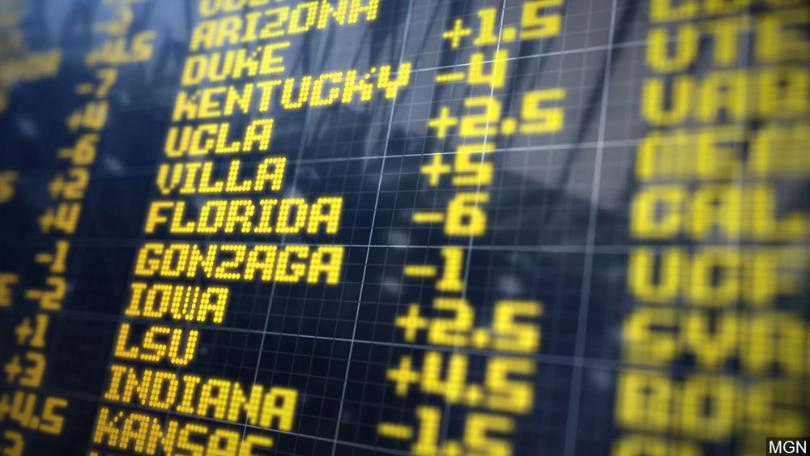 Join. The. Movement. If you missed out on yesterday’s picks, that sucks, we posted 3 winners and 1 loser, including the Golden Nose Pick (best bet) hitting with the Knickerbockers of New York covering the +7 spread. Let’s hope for the same success as yesterday and keep getting that Froney (Free Money).

Listen, if you don’t trust me with my picks, then you are going to be a poor man. If you want to be a Degenerate gambling loser, who has to work a side job during school just to cover his gambling debts then go to Outkick and follow Clay Travis. Because losers follow losers. And winners follow winners.

We all know you don’t want to work that side job on campus to cover the gambling debt. You want to make that extra $$$ to take your girlfriend to the nice restaurants in town, to buy your mom that birthday gift she always wanted or even a little extra money for some booze on the weekend.

Hop on the express train to a fat bank account and follow me daily, because I don’t lose. I’m allergic to it, haven’t paid my bookie my bookie in weeks. You know why? Because I freaking win, and when I win, you win. When I lose, you lose.

Every bet I give out, I personally bet as well, together with my followers.

Together, we will feel the heartbreak when the backup point guard for Appalachian State misses a free throw with 3 seconds left to miss the under.

Together, we will feel the rush of excitement flowing through our veins when an Indiana shooting guard hits a pointless three pointer to hit the backdoor cover with 2 seconds left.

Together, we will win.

Let’s get rich you degenerates.

I like the Magic in this one, currently, the Public money is over 68% on the Nets -1. But, watch out if the Public money moves downward. The Nets are on one-day travel rest, as they had a Wednesday night game against the Rockets in which they pulled out a win in OT. I don’t believe the Nets will be able to produce the same numbers against the Magic, who are looking to bounce back at home after a Wednesday night road loss to the Pistons. The Magic are 4-0 ATS (Against The Spread) in their last 4 home games and 7-2 ATS in their last 9 home games. In the Nets and Magic, last eight meetings the home team went 5-2-1 Against The Spread. Lock this one in, I really like games like these where a home team is looking to bounce back from a loss as well as the public money is heavily placed on the road team in the middle of an away trip. Vegas right now is on our side, I am a big believer in fading the public bet, Vegas (the Book) always covers in mysterious ways. I’m gonna side with Vegas on this one. If you can’t beat em, join em.

Over/Under Nose Pick of the Day: Golden State Warriors Under 241.5

Shit. Well, the NBA season was great, we might as well wrap it up now that Boogie Cousins is back in the lineup. But, besides that point, look for the Warriors to hit Boogie in the post tonight to get him adjusted to the Warriors offense as well as getting his confidence back in the post. The Warriors are coming off a 6 game win streak, and have been putting up massive numbers, either expect a blowout by the Warriors or a tight ball game where the total hits about 230, 225 (115-113 for example).

I love the Spurs tonight. The Spurs have dominated the Timberwolves ATS in the past, and have won 8 of the last 10 meetings straight up. *Sprinkle Money Line* Meanwhile, the Timberwolves are coming off an absolutely abysmal performance against Philadelphia, where they gave up 147 points. The Spurs are ranked 6th in offensive rating and I see them coming up on top of this mediocre defensive and offensive Timberwolves squad. I believe LaMarcus Aldrige will handle Karl Anthony Towns down low, and look for DeMar DeRozan to get things going offensively for the Spurs.

Look at them Terrapins, quietly making their way into the Top 25 after wins against ranked Indiana and Nebraska. While Maryland is trending up, Ohio State seems to be regressing. The Buckeyes started the season off strong and have only allowed the other team to go over 70 points five times. But, in their last 3 match ups against Michigan State, Iowa and Rutgers they lost, and gave up 70 points twice (Michigan State and Iowa). Bruno Fernando has been a big reason why the Terrapins should be excited, look for him to dominate the paint tonight against the Buckeyes.

Should we add some sprinkles to this one?