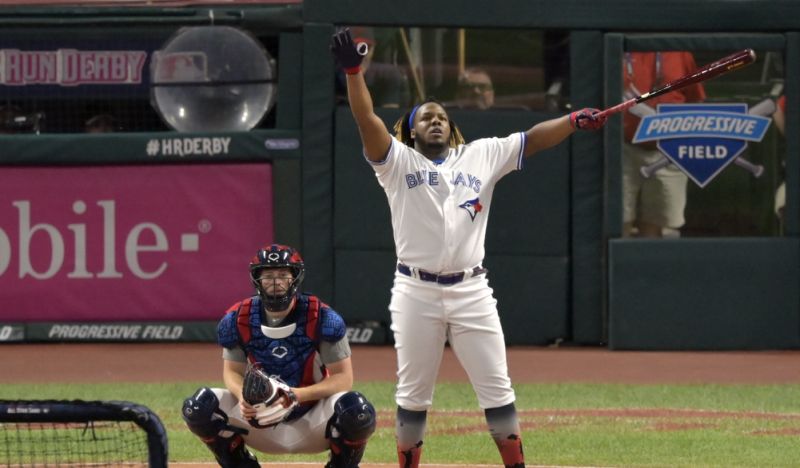 Every season, fans and players look forward to the All-Star break. As fans, we get to see the big boys hit moon shots in the Home Run Derby, and we get to see the game’s biggest stars team up in the Mid-Summer Classic. Like every other year, this season’s All-Star break was filled with story lines and special moments. There were breakout performances, many firsts, and heartfelt tributes. All in all, the two-day event was entertaining and exciting, and that is all anyone can ask for.

If you hadn’t heard of Mets first baseman Pete Alonso, now you have. With his Home Run Derby win, Alonso’s power, heroics, and love for the big moment were put on display. The Mets rookie hit 30 home runs in the first half, breaking the Mets rookie record previously set by Darryl Strawberry, and displayed his power in the derby as well. Alonso also came up huge for NL in the All-Star game, both with his bat and with his glove. He made a stellar play off of an errand Max Muncy, laying out to save the inning. Alonso also notched a clutch 2-run single late in the game to cut the AL’s lead to 1 run. Pete Alonso won the Home Run Derby, $1 million, and showed up to play in the ASG. Mets fans should be excited for the future.

Although he didn’t win the Home Run Derby, former #1 prospect Valdimir Guerrero Jr. put on an absolute show on Monday night. Vladdy hit a total of 91 home runs in the derby, which was 30 more that Giancarlo Stanton’s previous record set a few years back. Vlad was peppering balls out at an alarming rate, and showed his true clutch gene in the semifinals against Joc Pederson, which went into a double-swing off, where the two sluggers combined for 79 home runs and put on a memorable show for everyone watching. Many people questioned whether Vladdy Jr. should even be in the derby, because he only had 8 first-half home runs, but he showed everyone why he was the highest rated hitting prospect of all time.

The Ted Williams All-Star Game MVP went to Indians pitcher Shane Bieber, who made the AL team as an injury replacement. Bieber entered the game in the 5th inning with a one-run lead and promptly struck out Willson Contreras, Ketel Marte, and Ronald Acuna in order. Bieber’s MVP performance will enter the history books as only the third player to accomplish the feat in their home ballpark, joining Pedro Martinez in 1999 (in Boston) and Sandy Alomar Jr. in 1997 (also in Cleveland). Bieber was not the biggest star in the game, but he shone the brightest when it mattered most.

Last week, the MLB world was sent into shock upon the news of the death of Angels Starting Pitcher Tyler Skaggs, who passed in his hotel room before their game in Texas. To honor him, Angels All-Stars Mike Trout and Tommy La Stella wore Skaggs’s number 45 instead of their own numbers’. Every player in the game had a “45” patch on the front of the jersey to honor their fallen peer, and the stadium held a moment of silence to remember the man as well. Skaggs was known for being a great teammate and friend. He had a long career ahead of him, and his Angels teammates are clearly hurt by his loss. It was touching to see all of the great players in the game take a moment to reflect on the situation.

2019 baseball is all about strikeouts and home runs. Last year’s All-Star game set a record for both, but it went into extra innings. This year, the AL’s pitching staff set an All-Star game record for strikeouts in a 9-inning game with 16. Verlander had 2, Tanaka 1, Berrios 2, Giolito 1, Bieber 3, Hendricks 3, Hand 1, and Chapman closed it out with 3 of his own. Everyone loves watching home runs fly out of the park, but at some point, people will get sick of all of the strikeouts. Pitchers are supposed to get strikeouts, but it’s up to the hitters to make proper adjustments at the plate.