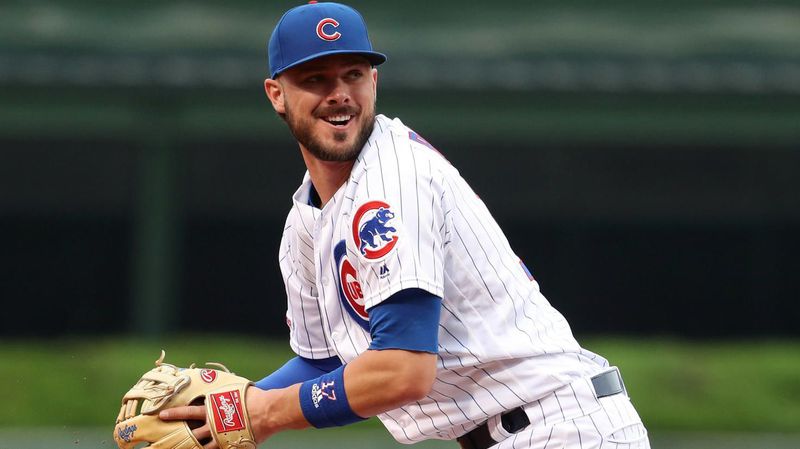 During last winter, the story in baseball revolved around the potential landing spots of big name free agents Bryce Harper and Manny Machado. This year, the narrative has shifted towards the games’ younger stars potentially being traded. Throughout the past few weeks, some of baseball’s biggest names have swirled around in the rumor mill, but now it is time to figure out which star is actually going to be traded.

One of the biggest headlines from the past week has come from the north side of Chicago in Wrigleyville. According to Bleacher Report’s Kyle Newport, the Cubs are “motivated” to trade almost anyone. The biggest name dropped in the article was former NL MVP Kris Bryant. Bryant appeared in last years All-Star game after a 2-year absence, and found his power stroke again, passing the 30 home run mark for the second time in his 5-year career. Many teams could make a move for KB. The Braves will have a hole at 3rd base if they can’t re-sign Josh Donaldson, the Phillies may look to upgrade Scott Kingery, and the Yankees are always looking to add star power. Despite all of this, don’t be surprised if Bryant stays with the Cubs this winter. Bryant has been on the record saying that he would like to retire a Cub, and Chicago may ask for too much in return.

Another NL 3rd Baseman may also be on the move this winter. The Rockies’ Nolan Arenado is possibly the best at his position in the entire MLB, and there is no doubt that his acquiring would require a hefty return. Last winter, Arenado’s name was also in the trade rumors, but he ended up signing a 8-year $260 million with the Rockies. With that being said, Arenado has an opt out clause following the 2021 season. If Arenado were to opt out, he would become an unrestricted free agent. If the Rockies feel like he could leave them, they might want to move fast and get anything in return while they can. Similarly to Kris Bryant, Arenado will probably be staying with his current team this winter. It would take an absolute haul to acquire Arenado, plus he would have to waive his no-trade clause.

Staying in the infield, the Indians’ star shortstop Francisco Lindor could also be on the move this offseason. Lindor is 26 and is under team control through 2021, but his value has never been higher. As an organization, the Indians seem to be moving backwards ever since their 2017 American League Pennant. Now, they might look to hit the reset button and sent their star elsewhere. Lindor has easily been one of the most productive players at his position during the past few seasons. The biggest destination that has been associated with Lindor is the New York Yankees. During the winter, if the Yankees can find a package enticing enough for the Indians to bite, then Lindor will be playing in New York, but if not, there is a small likelihood Lindor gets traded at all.

Because the Reds big move to sign Mike Moustakas, the Brewers may be forced to make big moves to revamp their roster. One of those moves may include trading Josh Hader, arguably baseball’s best relief pitcher. Hader’s stock has been everrising since his career began in 2017. Hader will be a free agent following the 2020 season, so Milwaukee could be making a move sooner rather than later. Major League Baseball has been shifting towards being a “bullpen game” the past few seasons, and pitchers like Hader have never been more valuable. Almost every team would be happy to have Hader in their ‘Pen, but his tradeability revolves around the Brewers asking price.