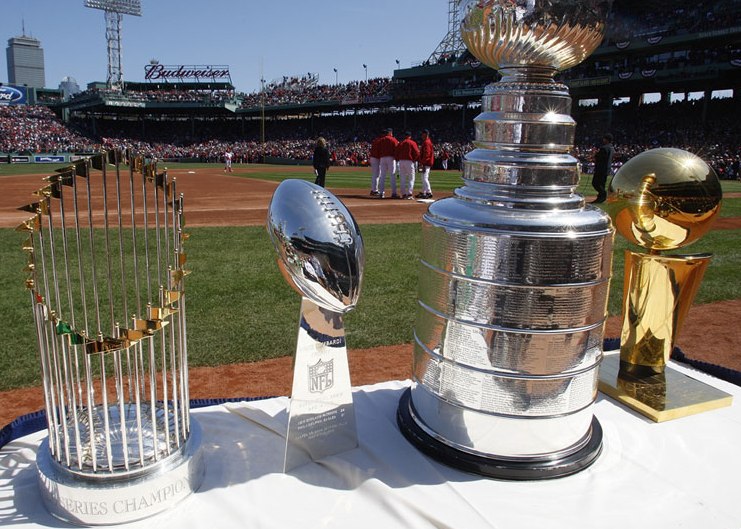 This question, “Will it feel the same if my favorite team wins the championship this year?” has been looming over my head the last few weeks and I can bet many of you reading this are asking the same thing about your favorite teams who are set to resume or begin play shortly. So after much debate with myself, I have come to the conclusion that it will NOT feel the same for any fans favorite team that wins a championship… Here’s why.

After such a long hiatus in both the NBA and NHL, it’s hard to even remember what happened before the season was put on pause. For the MLB, the plan to play has still not been finalized, but if play does begin, we are looking at 70 games or less for the whole season. I’m super excited for these leagues to return to play, don’t get me wrong, but I question the intensity of the play. In the case of the NBA and NHL, a 4-month break without game action is a LOOOOOONG time, and to expect players to jump into “playoff form” seems unrealistic. Do all of the players even want to play? I want to see my team win a championship the “right” way: play a complete regular season and play in the playoffs without a break. With what’s in place right now, the playoffs are set to feel like a new season.

Now the obvious counter-argument to a shortened MLB season not feeling the same is, “The Chicago Blackhawks won the Stanley Cup in 2013 on a shortened season, what’s the difference between this and that?”

To me, there are huge differences…

It’s just not going to be the same…

You may not realize it on a normal night watching sports with fans in the seats, but fans make an impact on the excitement and intensity of a game. Nothing gets me more jacked-up than when the crowd in a playoff game is going berserk. Just imagine-the Tampa Bay Lightning score the game-winning goal in game 7 of the Stanely Cup Final and the only noise you hear on T.V. is the players and coaches celebrating, that’s it. It’s not the same. What about the celebration on the ice/court/field without fans in the seats? Ever think about that? It’s not the same. Oh and that championship parade you have been dreaming to finally attend, well that isn’t happening either, at least not for a couple months in a best case scenario.

Picture this- you’re a fan of the Milwaukee Bucks and you have waited since 1971 to see your team win the championship and you can’t be in the arena not celebrate in the streets after the win.

As a fan, I’ll pass. I would rather see my team win another year than win this year. This year… it’s just not the same.