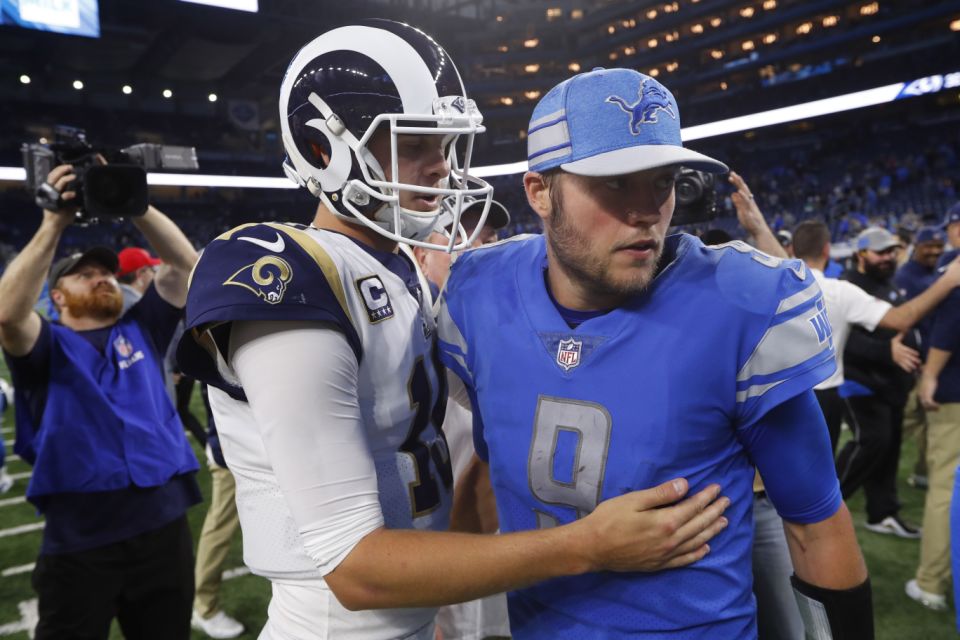 When the Lions reportedly were looking to part ways with former first-round draft pick Matt Stafford, nobody was surprised. Even Lions fans knew he deserved better. Quarterbacks with a resume like Stafford’s don’t come around very often, and potential suitors knew it would take a haul to land the 32-year-old quarterback. That’s exactly what the Rams did, and now Stafford is heading to Los Angeles to work with Sean McVay. Now, who won and lost this trade?

The Detroit Lions got younger at the quarterback position, moving from Stafford (32) to Jared Goff (26). Goff has shown a ton of potential as a polished passer and has room to grow under a new scheme. Goff, along with three total draft picks, two being future first-rounders, give the Lions management lots of room to build an improved roster.

Since taking over as the starter in 2011, Stafford has proven to be one of the toughest and most durable quarterbacks in the league, and his stats, for the most part, are right up there with several future Hall of Famers. Unfortunately, he has been doing it for the Detroit Lions, who have been unable to build around him and have only seen one playoff berth through four head coaches. The Rams provide the best weapons he has had to work with since the retirement of Calvin Johnson, as well as the best coach he has ever had in Sean McVay. It should be exciting to watch this teamwork around Stafford’s talents.

Besides the slap in the face that was the conditions of the trade, being himself and three draft picks for an older quarterback, Goff now needs to learn a new system with less talent around him. Potentially, this could work out if the Lions put the right pieces in place, but as it currently stands, Goff is in a much worse situation in Detroit. Plus, the Lions are set to take on the Rams in 2021. This time, Goff won’t be in a red jersey while Aaron Donald chases him down.

This trade is a major high risk- high reward decision. The Rams now have a lot of pressure to prove themselves right, after giving up their franchise quarterback and three draft picks for Stafford. After giving up their next two first-rounders, the Rams are set to become only the third team to not have a first-round draft pick for seven consecutive years. Anything short of another Super Bowl appearance has to be seen as a bust when considering what they have given up in the process. In the short term, the Rams certainly upgraded. But if Stafford can’t prove to be a winner at the highest stage, there will be some serious regrets.

Another winner of this trade? LA Dodgers pitcher Clayton Kershaw! Did you know him and Matt Stafford used to be best friends growing up?