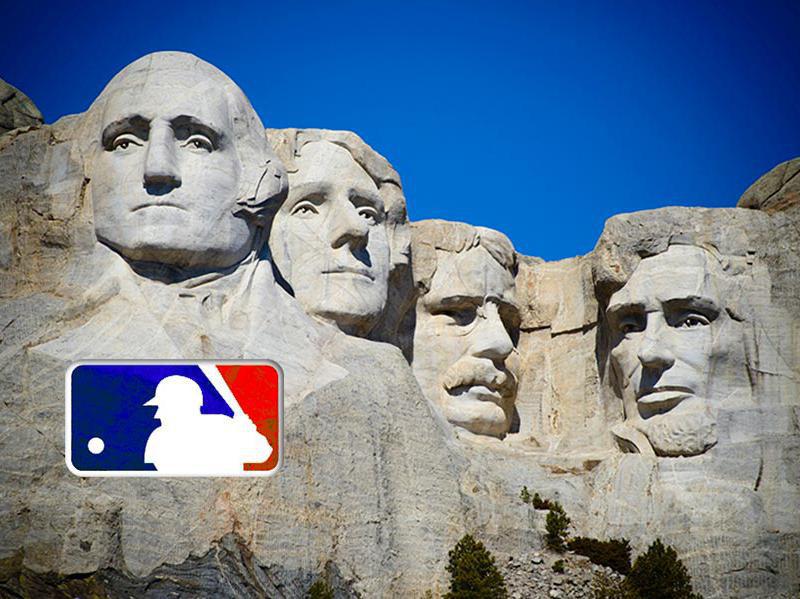 Following the death of Major League Baseball legend, Hank Aaron I began to think about some of the greatest players to ever play baseball. As someone who calls themselves a baseball nerd, I thought to myself, who is on the MLB Mount Rushmore monument? Thousands of players have played the game, but who are the top four of all time that represent the game?

Baseball has had some of the greatest athletes and players in sports history, many of which have such great impacts on the game. This debate is one of my favorites due to the fact that many people have so many different views on some of the greatest players ever. You will never catch me ever putting players like Barry Bonds on this list due to the use of steroids, which I believe ruined the integrity of the hard work of players past and present.

Jackie Robinson: Number 42 is one of the most influential players in sports history, breaking the Major League Baseball color barrier with the assistance of Dodgers General Manager, Branch Rickey. Jackie’s story is one that speaks volumes, he was not only an inspiration but a great baseball player. He won the 1947 Rookie of the Year award, a six-time all-star, the NL MVP award in 1949, and helped the Dodgers win their first World Series title in 1955.

Ted Williams: “The Splendid Splinter” is one of the greatest hitters of all time, whose career was interrupted by both World War II and the Korean War. Williams is the last hitter to bat over .400, a feat that sounds almost impossible! He is a 19-time all-star, 2 time MVP, and won the triple crown twice. He finished his career with a .344 average, 521 home runs and a .482 on-base percentage, the highest of all time. I often wonder how Ted’s career would have ended if he did not spend 5 years serving our country.

Lou Gehrig: “The Iron Horse” and the one who called himself “the Luckiest Man of the Face of the earth” is one of the most infamous names in baseball history. Gehrig holds MLB records for the most consecutive seasons with 120+ RBIs (8), highest OBP by a first baseman (.447), highest slugging percentage by a first baseman (.632) and most extra-base hits by a first basemen (1,190). He is the greatest first basemen of all time and help lead the Yankees to 6 World Series titles. He is a two time MVP, 7-time all-star and also a triple crown winner.

Stan Musial: The great “Stan the Man”, one of the greatest players, but also an amazing person. Musial was one of the most consistent hitters the game has ever seen. He accumulated 7 batting titles over a 22-year career with the Cardinals. He is 4th all-time in hits (3,630) and most likely would have been third if it wasn’t for going serving in the war. He is a 24-time all-star, a 3-time World Series champion and 3 time MVP. When Stan retired, he held or shared 17 major league records, 29 National League records, and nine All-Star Game records.

*When coming up with my list for Mount Rushmore, I took into consideration, career stats, accolades/records, awards and the impact they left for future generations.

Hank Aaron: In my opinion, the greatest player in baseball history. Aaron is the best pure power hitter of all time and is arguably one of the best hitters ever. The career accomplishments of Aaron speak for themselves. Hank holds MLB records for the most RBI (2,297), total bases (6,856), extra-base hits (1,477), and all-star game appearances (25). He was a 4-time home run and RBI leader while also winning 3 Gold Gloves and, 2 batting champion awards and one MVP award. The TRUE all-time home run leader.

Babe Ruth: The “Sultan of Swat”, “The Bambino” you know all the nicknames if you saw the ‘Sandlot’. Ruth is the most infamous baseball player of all time and as many people say, the best power hitter. From 1918-1931 he led the American League in home runs 12 times, hitting 602 while no one else even hit 300. Babe was the anchor of the Murders Row lineup on 7 World Series championship teams for the Yankees. On top of being one of the best power hitters, the Babe also pitched in his career and also lead the AL in ERA in 1916. Ruth was the MLB all-time home run leader in home runs until Hank Aaron shattered the record in 1974.

Ty Cobb: When thinking about hits and average the first person that comes to mind for me is Ty Cobb. Cobb was the MLB all-time hit leader until 57 years later, Pete Rose would go on to break one of the most challenging records. He finished his career with 4,191 career hits, 12 batting titles, 6 stolen base titles and took home 1 MVP award. Throughout his 23 seasons, Cobb batted under .316% one time, which is absolutely insane. The man flat out raked and has a career average of .366 which to me is almost incompressible.

Willie Mays: Perhaps the most well-rounded baseball player of all time and one that many feel is the greatest pure player. That is the “Say Hey” kid. The greatest centerfield ever posted surreal numbers from in all facets of the game. One of the first-ever dual-threat players in the game who dominated with speed and power. The 24-time all-star won 12 Gold Gloves, 2 MVPs, the Rookie of the Year and a World Series. He also went on to win the home run leader and stolen base titles both four times each. Only four players in MLB history have 600 home runs and 3000 career hits and Mays was the first to create this exclusive club. He is the only player in MLB history with at least 3,000 hits, a .300 career average, 300 home runs and 300 stolen bases. Mays was a superstar and is one of the most influential players in-game and his legacy will be felt for hundreds of years to come.

The MLB Mount Rushmore may change from person to person, but this is my list and one I feel is fun to debate with friends. Us fans have the privilege to watch some great players right now such as Mike Trout, who is a modern-day Willie Mays and one day could crack this list. As time goes on and talent develops we may have the opportunity to add some names to this list. Until that time, these were the players I believe are the faces of professional baseball.