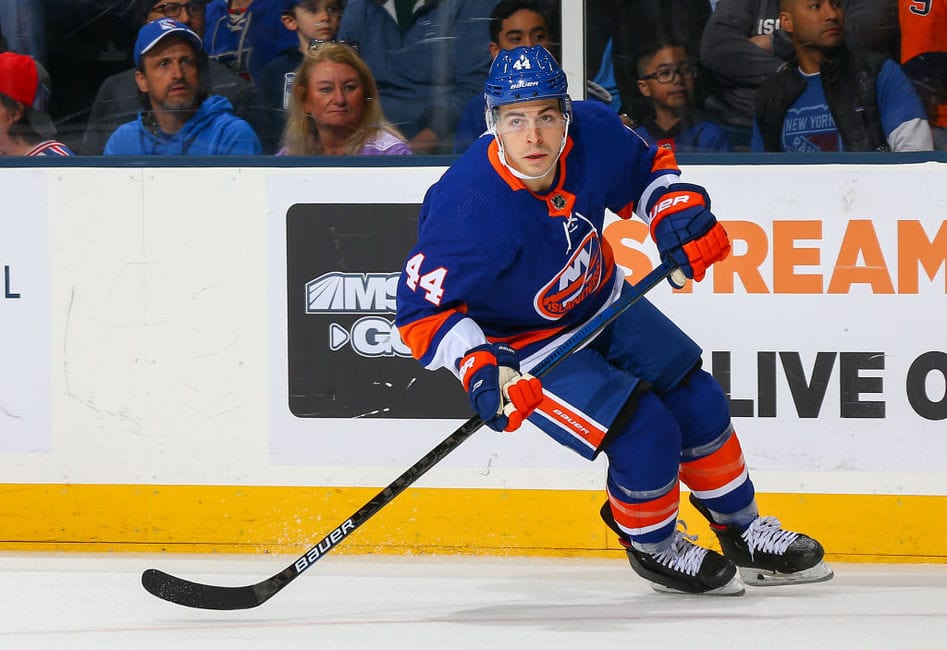 Tuesday night’s game against the Washington Capitals was the tipping point for me. Barry Trotz, the best coach in the NHL, started tough-guy, Ross ‘The Boss’ Johnston and penalty kill specialist, ‘Uncle’ Leo Komarov, on J.G. Pageau’s wings on the Islanders third line. Based on Barry Trotz’s track-record of a love for defense, this lineup decision was not surprising, but it’s time for Pageau to get some offensive help on his line.

Going into the Islanders Thursday night tilt against the Caps, the team has only scored 11 goals through their first 6 games. The team has also been shutout twice in those 6 games by lackluster defensive teams, the Rangers and Devils. I’m not a math guy, but it’s evident the Islanders struggle to generate offense and ultimately score goals. If you have followed the team, you know this is nothing new. It’s time for change.

I have absolutely no problem with Ross Johnston or Leo Komarov, but they have zero offensive upside. On a nightly basis, I would like to see youngsters, Kieffer Bellows and/or Oliver Wahlstrom, on Pageau’s wings. Both of these players have offensive potential if they are given the opportunity.

But yes, if you’re playing a great offensive team like the Boston Bruins, I have zero issue with Leo Komarov playing, but he or Ross Johnston shouldn’t be in the lineup on a nightly basis.

I write this blog not to rip Barry Trotz, who I noted is the best coach in the NHL, but because J.G. Pageau is too good of a player to not get the support he needs around him. Hopefully, we’ll see some changes soon.