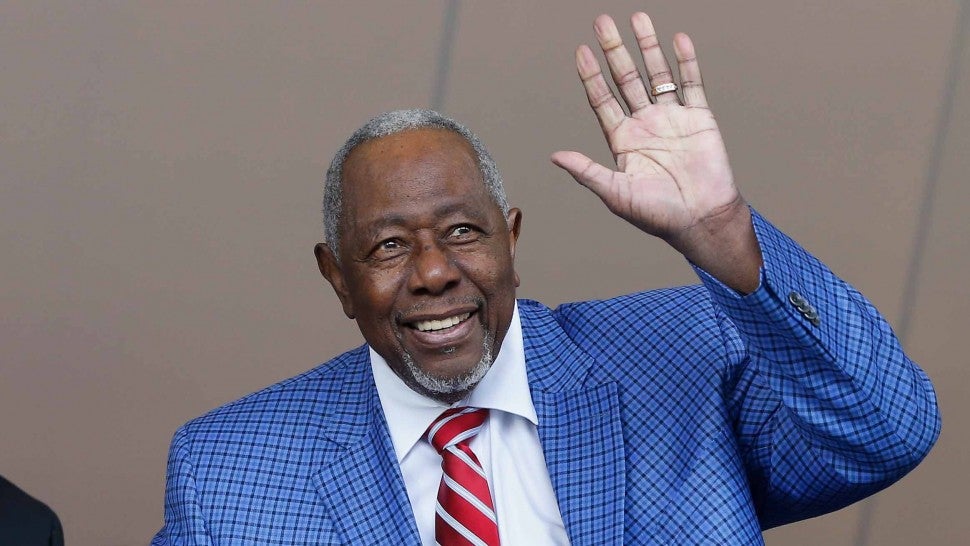 If you are a young kid right now and you’re observing all of these older baseball players passing away, you might not know much about them and that’s okay. I know you may be growing up with high definition T.V. and availability to view games from all over the country. I just ask of you to do one thing; watch the highlights of these all-time greats. Throughout my youth, I spent countless hours in front of the TV watching MLB Network specials on older generations and watching some of the best games of all time. This not only got me to love the game, but it made me appreciate the players who came before Mike Trout, Cody Bellinger, and Clayton Kershaw

Hank Aaron is no exception.

The death of Henry “Hank” Aaron is one that hits home for me. My favorite player of all time. Hank Aaron has gone down in history as one of the best athletes of all time and in my opinion the greatest baseball player ever. Growing up, I idolized Aaron…I would watch countless videos of him hitting home runs. I was so obsessed I started playing baseball and wore number “44”. I spent hours imitating his swing and most importantly did my best to emulate his character on the field. Aaron endured so much throughout his career, most singnificantly dealing with the tense times during the civil rights movement. Hank was more than a baseball player, and the legacy he has left on the game is something that I will always hold dear. In my opinion, Aaron was the greatest pure power hitter of all time. This year, I read former Commissioner Bud Selig’s book and he described the perfect friendship the two had. I learned so much about the man Aaron was and how he conducted himself throughout the circumstances he faced.

Aaron finished his career with 755 career home runs, only to be broken by a steroid filled Barry Bonds. To me, this record will always belong to Hank Aaron. The days prior to breaking Babe Ruth’s record, Aaron dealt with death threats, something no man should ever go through. He persevered and now the milestones and records that Aaron leaves behind speak for themselves.

I leave the casual fan, as well as the young fans, to look up to these greats we have lost in the last year. The Baseball world is mourning the deaths of Al Kaline, Tom Seaver, Lou Brock, Bob Gibson, Whitey Ford, Joe Morgan, Phil Niekro, Tommy Lasorda, Don Sutton, and now the great Hank Aaron. All I ever ask of baseball fans, please watching videos of these players, read up on their stories, see who they were as people, it will only make you appreciate the game even more.

We all ache, as we all remember these all-time greats. It’s funny to think about the legendary lineup Tommy Lasorda is managing up there… Thank you for the impact you left on the game Hank, we will all miss you greatly. The True Home run King.