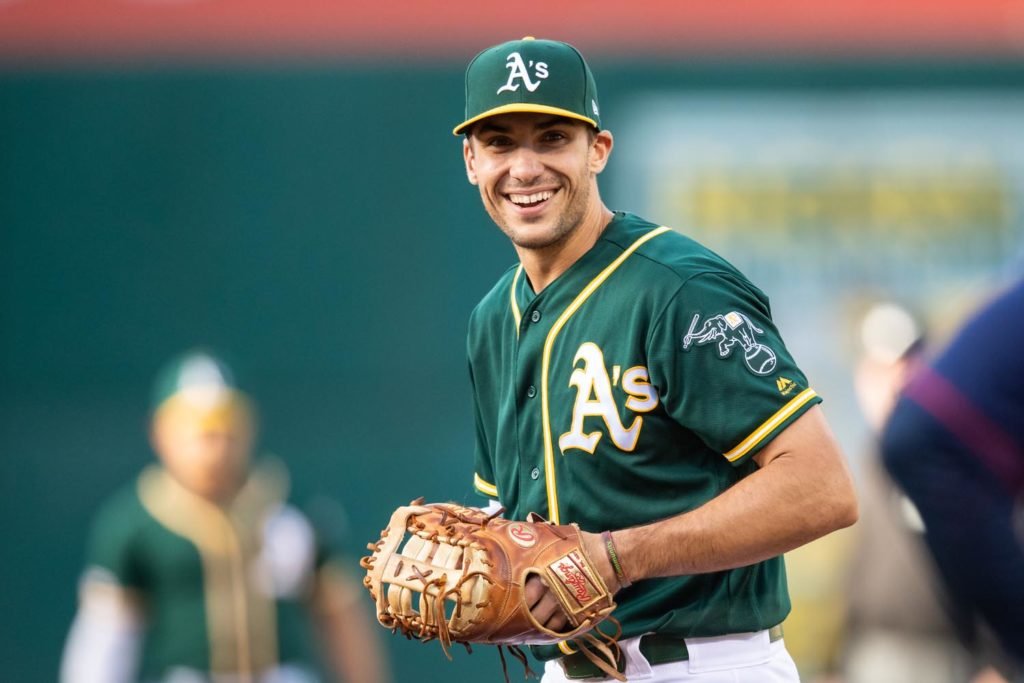 The Yankees are in the midst of an uphill climb, as they reached a low-point of 41-41, while seeing themselves in ninth place in the American League and fourth in the AL East Division. Now at 72-52, the Yankees are the top Wild Card seed and second in their division only to the Rays. Although wins have helped propel their massive turnaround, the Yankees need more help from around the league to be in the best playoff position. Specifically, wins from the playoff-contending Oakland Athletics would help the Bombers advance even higher up the ladder:

Previously sharing a tie with the Red Sox for the second Wild Card spot, the Athletics (70-55) are now a half-game back in the win column following Boston’s win over Texas. Oakland, meanwhile, awaits their contest with the Mariners at 9:40 P.M. EST in hopes of tying the Red Sox. Unlike Boston however, the A’s have one of the toughest remaining schedules in the league, as their opponents include the Mariners for three series, the Astros for two, and the White Sox and Blue Jays for one each. It will certainly not be an easy road for the A’s as they are .500 or below against all four teams, but to their advantage, they will also face the Tigers, Rangers, and Royals once.

Despite having a tough schedule themselves by having to face the Rays twice and the Mariners and White Sox once, the Red Sox will play three weak opponents: the Twins and Nationals once, and the Orioles twice. Of course, the Red Sox could flop, but the Athletics cannot rely on chance. If Oakland takes advantage of Red Sox losses, then the A’s will put themselves in good playoff position. As for the Yankees, it would be pleasing to see their rivals – a possible postseason threat – being kept out of playoff seeding.

2. Catch Up to Houston

As the No. 1 villains in the MLB, fans everywhere outside of Houston want to see the Astros taken down. While rubbing their noses in the faces of every Astros hater, however, Houston leads the league in numerous hitting categories, including hits (1,144), batting average (.268), runs (672), RBIs (646), OBP (.340), and OPS (.783). They are also second in slugging percentage with .443, further proving themselves as a World Series threat.

Despite their hitting prowess, the Astros (73-51) only possess a 3.5 game lead over the Athletics in the AL West. The Astros have 38 games to preserve their lead while the Athletics have 37. As previously mentioned, the two ballclubs will play two more times from Sep. 24-26 and Oct. 1-3 for a total of six games. The A’s are 4-9 against the Astros on the year, but they know that these next six games will matter more than the ones before. The Yankees should hope that the A’s come away with victories over the perennial AL West champs, which would then move them down the standings.

With their 9-0 loss to the Rays, the White Sox (72-53) dropped into fourth place in the American League – a half-game behind the Yankees in the loss column. Unfortunately, this does not automatically mean the Yankees are in a higher playoff position as they still trail the Rays in the AL East. While chasing the Rays for the AL East crown, the Yankees could use some help from the A’s when the latter team takes on the White Sox from Sep. 7-9. A’s victories over the White Sox would be beneficial to the Yankees, who will play the Blue Jays on the same dates, in terms of playoff seeding.

Now that the Yankees are in playoff position, their main task is keep winning as many games as possible. Of course, they need help from around the American League to help preserve and promote their current position, but the only way that assistance will pay off is if they keep winning when the Rays lose. The Yankees could potentially end up playing the Athletics in the Wild Card round for the second time in four years, or complete their amazing comeback by winning the division. Winning the division is desired, as well as clinching the top seed in the American League. The Yankees need to do their part, but they could also use a lot of help from the Athletics to ward off the top dogs of the American League.