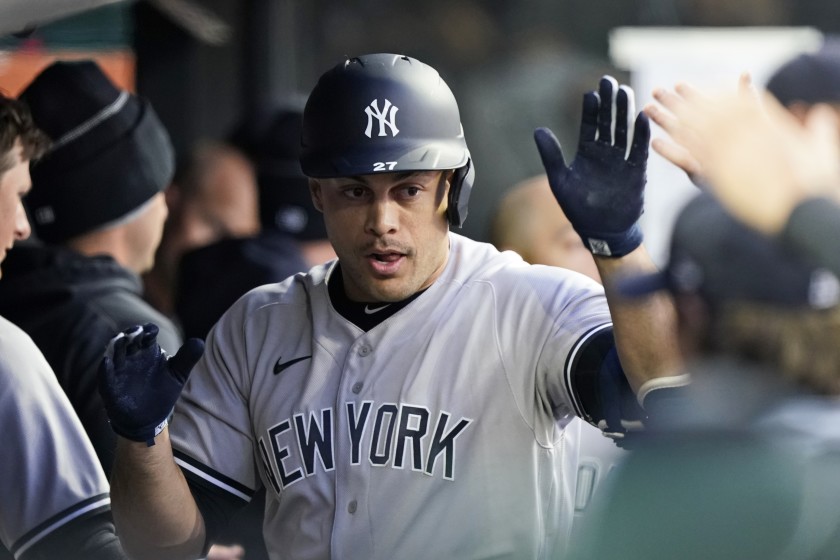 As of today, the Yankees are currently in second place in the AL East Division behind the Rays. The Yankees have climbed drastically up the American League ladder since Jul. 4 from being far out of playoff contention to owning the League’s top Wild Card spot. Having 37 games left on their regular season schedule, the Yankees need to take advantage of every opportunity that they in hopes of clinching the AL East. Here is how they can pass the Rays:

The Yankees’ quest for the AL East title starts within the team themselves; more specifically, the team needs to keep giving Giancarlo Stanton time in the outfield. In a statement he made during an Aug.6 press conference, Stanton asserted that his team performs well when he is on the turf as opposed to playing as the full-time designated hitter.

In 22 games since he started playing in the outfield on Jul. 30, the Yankee slugger has batted .315 while clubbing four home runs and tallying 15 RBIs; his team has gone 18-4 during that timespan. Previously batting .255 before making his first outfield appearance this season, Stanton raised his average to .264, further proving his point from over two weeks ago. With 37 games left, the Yankees have no time to slow down, and that means keeping Stanton – who is coming off a three-RBI game in last night’s 5-1 victory over the Braves – as an option in the outfield.

Going forward – at least for the time being – the Yankees’ pitching order will be Andrew Heaney, Jameson Taillon, Nestor Cortes, Gerrit Cole, and Jordan Montgomery. While the other members of the rotation have proven sheer reliability, the real question surrounds their newest addition: Heaney.

Starting tonight in the series finale against the Braves, the former Angels southpaw is coming off his first solid start as a Yankee, throwing seven frames of one-run ball against the Red Sox last Wednesday. One thing that can give him confidence heading into tonight’s game is Montgomery’s performance from last night in which he allowed one run on two hits in five innings. From one left-handed pitcher to another, Heaney is looking to pick up where he left off last week and bounce off his teammate’s strong outing against the surging Braves.

The Rays do not have one of the easier remaining schedules in the league, but certainly not one of the harder ones either. Their weakest opponents include the Orioles in their upcoming weekend series, the Twins for the following weekend, and the Marlins in late September. Tampa’s toughest opponents include the Red Sox once this month and the next, the Astros in late September, and the Yankees during their final regular season series. The Yankees will not have control of any series other than their own, as they can only hope for the Rays’ downfall.

Of course, Rays losses do not mean anything if the Yankees do not win. The Yankees will face some challenging opponents, including the upcoming Athletics for a four-game weekend series, the Blue Jays twice in September, the Red Sox in the second-to-last week of the season, and the Rays. The Yankees will also play a few weak opponents in September, which consist of the Orioles for two series, the Indians, and the Rangers. Overall, it will not be an easy road for the Bombers towards the end of the regular season, but this leaves a hole for more needed wins down the stretch.

The Rays do not have many off-days left where the Yankees play, having two in total. While the Rays are resting this Thursday, the Yankees will square off with the Athletics in Oakland. Expected to be an even matchup, Jameson Taillon will face-off against former Yankee prospect James Kaprielian, although Taillon has the advantage given his consistency. Stanton, Aaron Judge, Luke Voit, and Andrew Velazquez look to back up his outing with their hot bats in an otherwise hitter-unfriendly ballpark.

In order to complete their improbable comeback with the AL East crown, the Yankees need to continue to do their part on both sides of the diamond. In addition, they need to take advantage of days that the Rays do not win. The Yankees, now 73-52 have proven many fans wrong since the beginning of their second-half surge in which they started 41-41 and in ninth place in the American League. Currently on a 10-game winning streak, the hottest team in baseball has the chance to refute more naysayers as they are on a mission to clinch their second AL East title in three years.