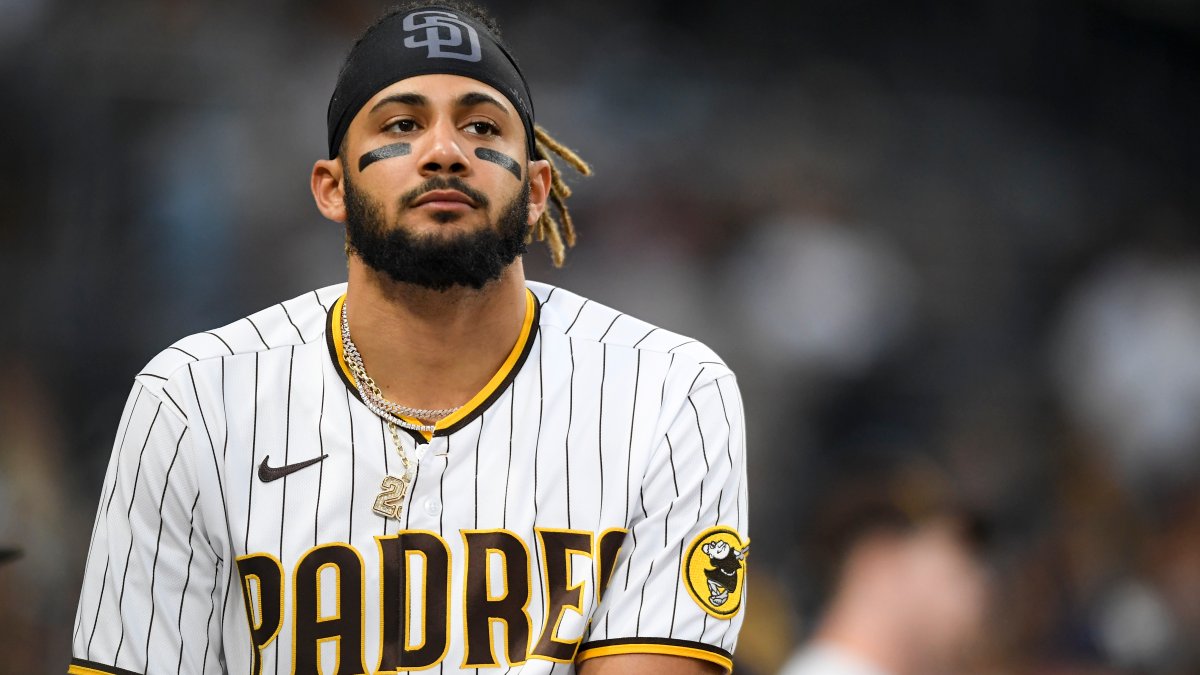 The San Diego Padres started the year as a World Series threat. After having a record 58-42 on Jul. 23 while sitting comfortably in third place in the National League behind the Dodgers by 1.5 games and the Giants by 4.0, they just dropped out of a Wild Card spot with less than 40 games left in the season. Now trailing the Reds by one game, it may seem that the Padres could end up being eliminated from their first postseason berth since 2006. Here are three reasons why they could potentially face this unwanted outcome:

Of the seven teams remaining on their schedule, four of them are contending for the playoffs: the Giants, Dodgers, Braves, and Astros. The Padres will play the Astros and Braves in one series each, but the bigger threats will follow not too long after as they will play the Giants and Dodgers three times each. Having yet to play their top two NL West rivals since the All-Star break, the Padres are 4-5 against the Giants and 7-3 against the Dodgers. The other two reasons yet-to-be-named fall in line with playing their divisional counterparts.

To make matters worse, the Reds – the team sitting right in front of San Diego – and the Cardinals, who are 3.5 games behind the Friars, have two of the easiest remaining schedules in the league. Having the second easiest remaining schedule, the Reds’ final opponents include the Pirates for three series, the Marlins for two, and the Nationals and Cubs for one each. The only way that their remaining schedule could be any easier is if they were to play the Diamondbacks. Despite playing less weaker opponents than the Reds, the Cardinals will play the NL Central’s worst twice: the Cubs and Pirates. Going forward, the Padres need to keep one thing in mind which could help them mentally: while they have a tough road ahead, their fellow Wild-Card chasers have a cakewalk.

Since going 58-42, the Padres have been 11-16 in their last 26 games and 2-8 in their last 10 – a skid that included two four-game losing streaks. In their first 100 games, they averaged 4.8 runs, but since then, they have scored 4.1. They also scored five runs or less in 19 of their last 26 games, winning three of those games in the process. In a series that saw the Padres lose three out of four games to the woeful D-Backs, their lowest point was getting no-hit by Tyler Gilbert in his first MLB start. Just when things could not look any worse for them in the following series, the Padres were swept by the NL West fourth-place Rockies in three games.

In San Diego’s last 27 games, their ‘Big Three’ – Fernando Tatis Jr., Manny Machado, and Jake Cronenworth – combined for 46 runs-batted-in, and they would have had more if Tatis was not injured for two weeks. The rest of the team tallied 56. The Padres are 11-11 when at least one ‘Big Three’ member scores an RBI, 5-2 when only they provide run support, and 0-5 when none of them do; two of the team’s games without ‘Big Three’ scoring ended in shutouts. Of the seven games where only the Padres’ three All-Stars contributed RBIs, five were decided by three runs or less. If the Padres want to compete in October, then the rest of the offense needs to back up the big bats that make up nine out of every ten scoring highlights.

The team’s second-best starting pitcher behind Joe Musgrove, Darvish has been struggling since the beginning of July. In a period that involved two stints on the injured list for left hip inflammation and back tightness, Darvish has posted a 7.13 ERA in 35 1/3 innings for an 0-5 record since Jul. 3; he allowed less than four runs in only two outings. His ERA skyrocketed from 2.44 to 3.70 as a result, and he went from having a 7-2 record to an even 7-7.

Darvish is now in the process of recovery from his back injury he sustained on Aug. 12 while giving up six runs in 2 2/3 innings to the D-Backs. Eligible to return to action on Aug. 24 – the first game of a four-game set with the Dodgers – Darvish needs to return to his All-Star form upon coming off the inactive list and give Musgrove more leverage. Following two bullpen sessions, he is expected to make his return during the Dodgers series, but the day, however, has not yet been determined. Darvish could use another solid outing against his former ballclub, as he is 2-1 in three starts against L.A. this season. He also posted a 1.35 ERA with 29 strikeouts in 20 innings of work. Every game going forward is crucial for Darvish, who is looking to end his five-game decision losing streak and revamp this team back into playoff mode.

The Padres have 36 games remaining and currently one game out of a Wild Card spot that they kept for a great majority of the season. It may be too late for the Padres to focus on winning the NL West as September is around the corner, but a playoff spot is nowhere near its way out the window. However, the starting offense and pitching need to come alive against their remaining opponents, including the powerhouse Astros, Giants and Dodgers. It is not too late to turn tables, but it is better for it to occur sooner rather than later.