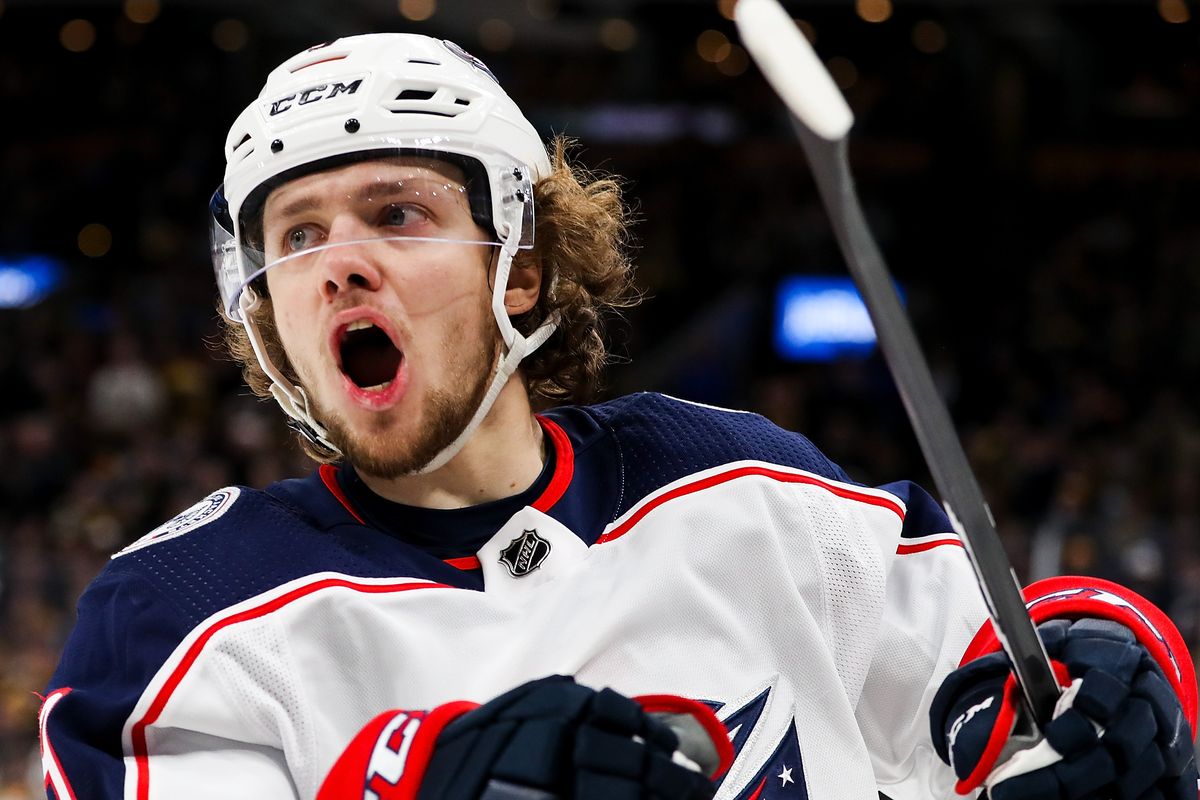 The Rangers would be right back in the playoff conversation with the signing of Panarin, but is it really the best idea for this masterful rebuild?

Artemi Panarin is the best free agent in this year’s class. That really is something that is not up for debate. What has been a debate over the past several weeks is where he will be landing. That has become much more clear in the past week or so as Panarin had meetings with just three teams. The New York Islanders, New York Rangers and Florida Panthers. Something else that has become clear is that he would like to play with his teammate in Columbus and buddy Sergei Bobrovsky.  Bobrovsky who is also a free agent is the best goalie available on the open market.

That revelation could be a problem for the Rangers who would love to add Panarin, but have zero interest or need for Bobrovsky. On the other hand, the Islanders and Panthers have a need for an elite franchise goalie and also would like to sign an elite winger like Panarin. That in my opinion puts them ahead of the Rangers in the Panarin sweepstakes. What also puts them ahead is the Blueshirts unwillingness to budge from the $11.25-$11.5 million yearly salary that Larry Brooks of the NY Post reports was offered. With Panarin reportedly wanting as much as $12 million a year you would have to figure it comes down between the Islanders and Panthers.

This will definitely be a bitter pill to swallow for the Rangers, but ultimately the blueshirts don’t need him if he decides not sign with them. I really like how the Rangers reportedly won’t budge with their offer. I think GM Jeff Gorton realizes that the old Rangers way of spending and overpaying on the big free agent only gives you short term success and a possible contract headache later. A key example is Kevin Shattenkirk. While they didn’t quite overpay for Shattenkirk they are stuck with two more years of his contract.

The signing of Panarin would definitely accelerate this masterful rebuild, but at what price? Not only do I think the Rangers don’t need Panarin, I also think it might be better if the Rangers don’t sign Panarin all together. It may make this rebuild continue another year or two longer, but not adding an $11.5-million-dollar contract will be beneficial to the Rangers cap situation. A cap situation that for the first time since the cap has been incepted has plenty of flexibility. In 2019, besides superstar players, cap space is such a huge commodity. If they don’t sign Panarin it gives the blueshirts the freedom to make trades like the one they made for defenseman Jacob Trouba. In the past when the Rangers were up against the cap, they could never make that trade. Let’s throw a hypothetical out there too. Let’s say an elite center on a team over the next year get disgruntled with their team and wants a trade. However, the cap hit may be large. The Rangers would be one of those teams that would be able to trade for that player due to that precious cap space. I don’t know about everybody, but if an elite center is on the trade market I much rather the Rangers use cap space on him as opposed to Panarin.

Listen, I like Panarin and think he is a great game changing player. However, I don’t think he is a top-ten talent nor do I think he is worth anything north of $11.5 million. I know it is tempting for the Rangers, but for what feels like the first time ever they have one of the best prospect pools in the game. Many of these young players like this years second overall pick Kappo Kakko and last years ninth overall pick Vitali Kravtsov look to be stars in this league for a long time. Add young forwards like Lias Andersson, Filip Chytil. Brett Howden and defensive prospects like K’Andre Miller, Nils Lundkvist, Ryan Lindgren Libor Hajek and Adam Fox this team can be young and contending very soon. Even add in the goaltending with Igor Shestyorkin and Alex Georgiev. The list of young talent seems to go on and on. I definitely forgot some names too.

The Rangers also have veterans who can still perform like Mika Zibanejad and new comer Jacob Trouba to help these kids grow, as well as the “seasoned vets” who aren’t who they used to be like Marc Staal and Kevin Shattenkirk among others.

Ultimatley, I think the Rangers should do their best at continuing to be patient, develop their young talent and let them grow together. It may take more time, but its about growing a consistent Stanley Cup contender. Not getting eliminated in the first round. The blueshirts have come to far in this rebuild to revert to old habits. If they sign Panarin for a good price, then fine. I can live with that. Otherwise, I hope Jeff Gorton sticks with his word not to overpay and ultimately stick with the masterful plan he has for this team.