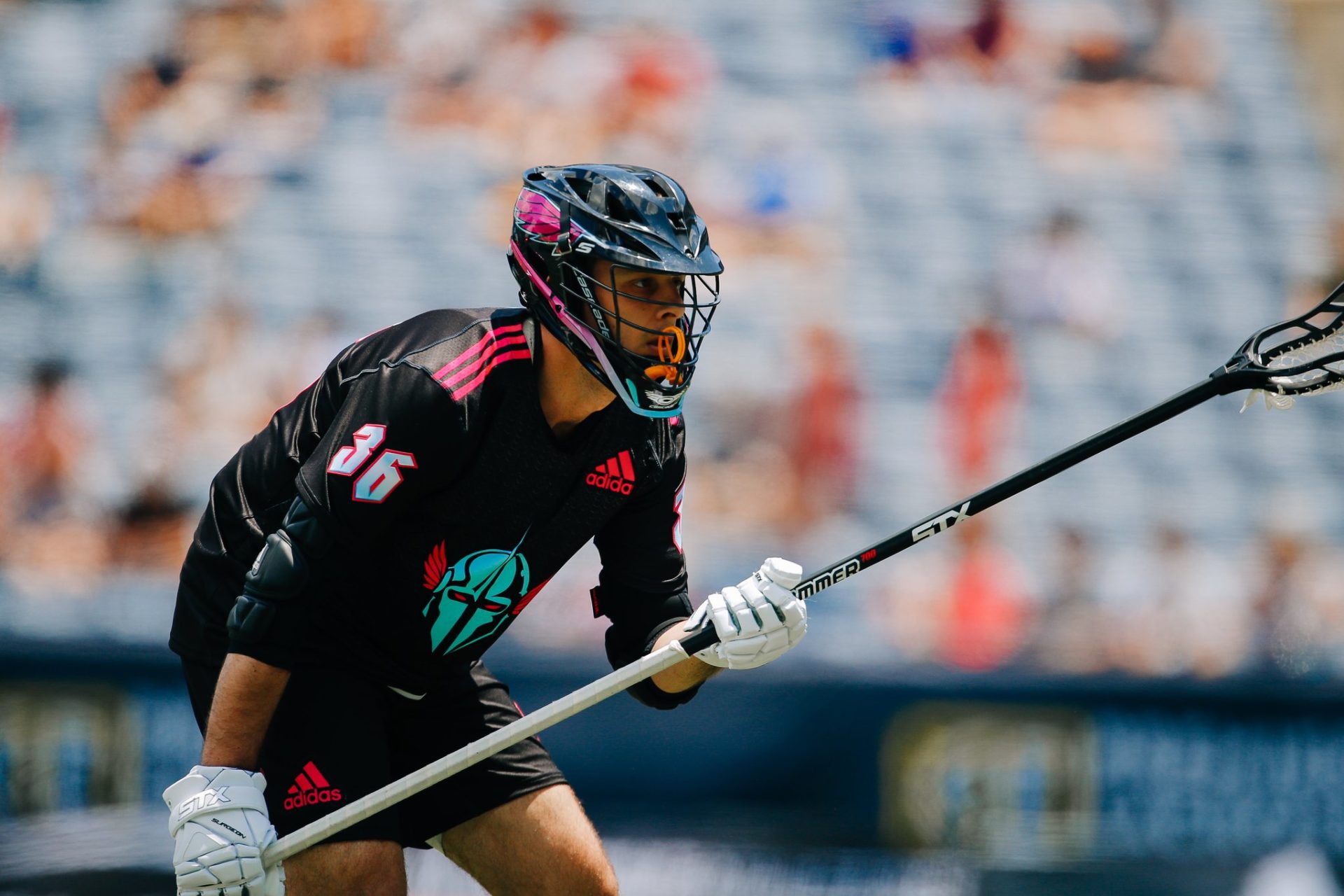 What another great weekend for professional lacrosse! The tour headed down South to Atlanta, Georgia for Week 5 at Georgia State Stadium, AKA historic Turner Field, home to the Atlanta Braves for 19 years. Although Georgia State has rearranged seating and redesigned the venue to suit the football team, fans still felt the relaxing yet exhilarating feel of a baseball stadium. I originally expected the venue to not fit the PLL, wishing they would have picked somewhere else in Atlanta to play. However, getting to experience it showed me how great the venue was for this event. The Premier Zone fit right in where the old Braves shop used to be, and the new seats installed by Georgia State helped pack in fans for a loud and wild weekend.

All games this weekend were exciting, as each of them came down to the last couple minutes of the game, and one pushed to overtime. Atlanta was full of surprises, making newcomers to the sport intrigued and keeping traditional fans excited for what’s to come. Here are some of the things that made Week 5 so special.

We saw Top 10 Goals scored in this game from Ryan Brown and Eric Law, but Atlas’s incredible dodging and cutting towards the crease was a big reason Atlas earned their 2nd victory on the year. Archers goalie Adam Ghitelman made some great saves against Atlas, but faced multiple point blank shots that helped Atlas stay in the game against Archer’s offensive weapons. Trevor Baptiste won 80% of his faceoffs giving Atlas more offensive possessions and opportunities to score. Lastly, Jack Concannon made some clutch saves including a long distanced one shot by Marcus Holman.

Atlas has faced a lot of frustration so far this year, fans calling them overrated as things haven’t been going their way all year from their powerful roster. This week was a great opportunity for Atlas to boost their confidence as their team chemistry is showing to come together.

Former Albany Goalies shine in as Chaos wins in Overtime

Chaos was dominating the 1st quarter leading 7-1 at the end of it. Chrome struggled to contain the middle of the field as shooters were peppering John Galloway. Coach Dom Starsia pulled Galloway from the game bringing in backup Brett Queener to hopefully bring some spark to Chrome. Well, Coach Starsia made the right call, as Queener really led the turnaround in the game, earning 15 saves in 3 quarters and a 68.7% save percentage. New defender Joe Fletcher for Chrome also played well in his debut for the team as he contained Chaos attackman Connor Fields to only 1 goal. Blaze Riorden also had himself a game as well racking up 14 saves, and some clutch ones at the end to stop Chrome from taking the lead. Deemer Class ended the game in overtime with a rip past Queener to get their 4th win on the season.

Chrome will probably give Queener the nod for next week. Chrome really didn’t look bad after the 1st quarter, they took arguably the best offense in the game to overtime. Not to trash Galloway, he’s still one of the quickest goalies in the game, but we could have seen a different outcome if Queener played all game. I think Chrome has a real spark after today, their first win is coming soon.

If any team was going to defeat the Whipsnakes, it would be the Redwoods. The Redwoods have proven to have the best defense in the league, led by Garrett Epple who has tallied 14 Caused Turnovers all season. For a while, it seemed like the Whipsnakes had full control of the game as the first half was filled with lots of assisted goals for the Whipsnakes that came from a lot of open space. After halftime, Redwoods came out dominating giving Whipsnakes less space to shoot from also doing a great job of pushing dodgers away from the crease forcing them to find a pass or shoot at a really tight angles. Goalie Tim Troutner also had a monster game for the Redwoods with 17 saves and a 62.9% save percentage

Former Whipsnakes and current Redwoods attackman Jules Heningburg had something to prove this game. He needed to show the Whipsnakes up for trading him away. Jules got himself 2 goals on the doorstep as well as 2 assists. He makes Redwoods so much better offensively as he finds so many opportunities to score.

Also, we saw vintage Kyle Harrison come to life in the 4th quarter, hitting his classic jumper to take the lead for the Redwoods.

I think Redwoods can beat the Archers next week, hoping to shut down their phenomenal shooters. They need to keep an eye on Will Manny as he has been great at finding his own space to score this season, and of course put a body on Tom Schreiber that can keep up with him and his size.

Atlas will have a lot of confidence going into their game next week in DC, but I think the Whipsnakes will pull out with the win, hoping to find the space that they created in the first half in Atlanta.

The PLL Tour will be in DC next weekend July 6th – 7th. I think DC will be another successful week considering the fans from Baltimore will flock to the nations capital wanting more of the excitement that they got in Week 4. This league is in great hands and is only going to keep on growing.