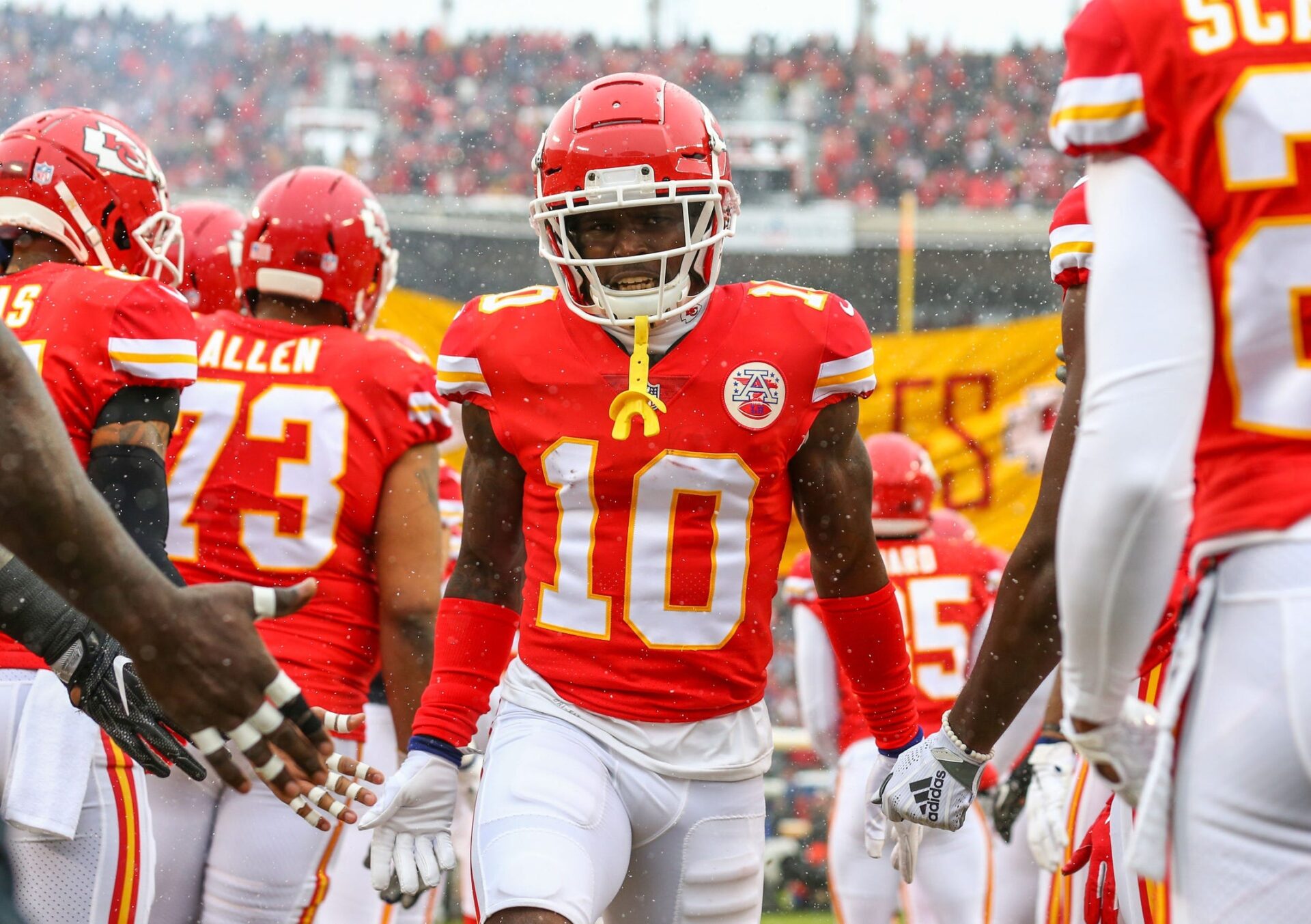 Chiefs All-Pro wideout Tyreek Hill had a monstrous game against the Buccaneers this past Sunday, setting career highs for a single game. His eye-dropping performance came in a season in which he leads the NFL in receiving touchdowns and barely second in yards. With his performance under his belt, it is safe to say that Hill is the best wide receiver to begin the 2020’s.

Since coming into the league in 2016, Hill has done the same thing: catch, run, and flash his signature peace sign. One of the fastest players in the league, he has been a Pro-Bowler in every year of his career, deservingly so, and a two-time All-Pro ( First-Team in 2016 as a punt returner and 2018 as a FLEX, and Second-Team in 2018 as a WR).

More notably, Hill made a crucial 44-yard catch on 3rd down with 15 yards to gain in the fourth quarter of Super Bowl LIV that set up the first of three touchdowns that gave the Chiefs their first Super Bowl championship in half a century. Now with his first of likely more championships, Hill has been one of the core members of the Chiefs’ Legion of Zoom Offense.

The NFL is entering Week 13, and Hill is already putting up career highs in receiving touchdowns (13) – which also leads the league – receptions per game (6.2) and receiving yards per game (92.8); he is also tied with Vikings RB Dalvin Cook for first in total touchdowns with 14. Currently standing at 1,021 receiving yards, he is on pace to set a career high in that category; he had 1,479 in 2018 which was fourth in the league.

Hill’s crazy stats in the Chiefs win against the Bucs drew parallels to that of Julio Jones’ 12-catch 300-yard game in 2016 when he was almost unarguably the best wideout in the league.

This raises a big question: could Jones have signed off as best WR to Hill?