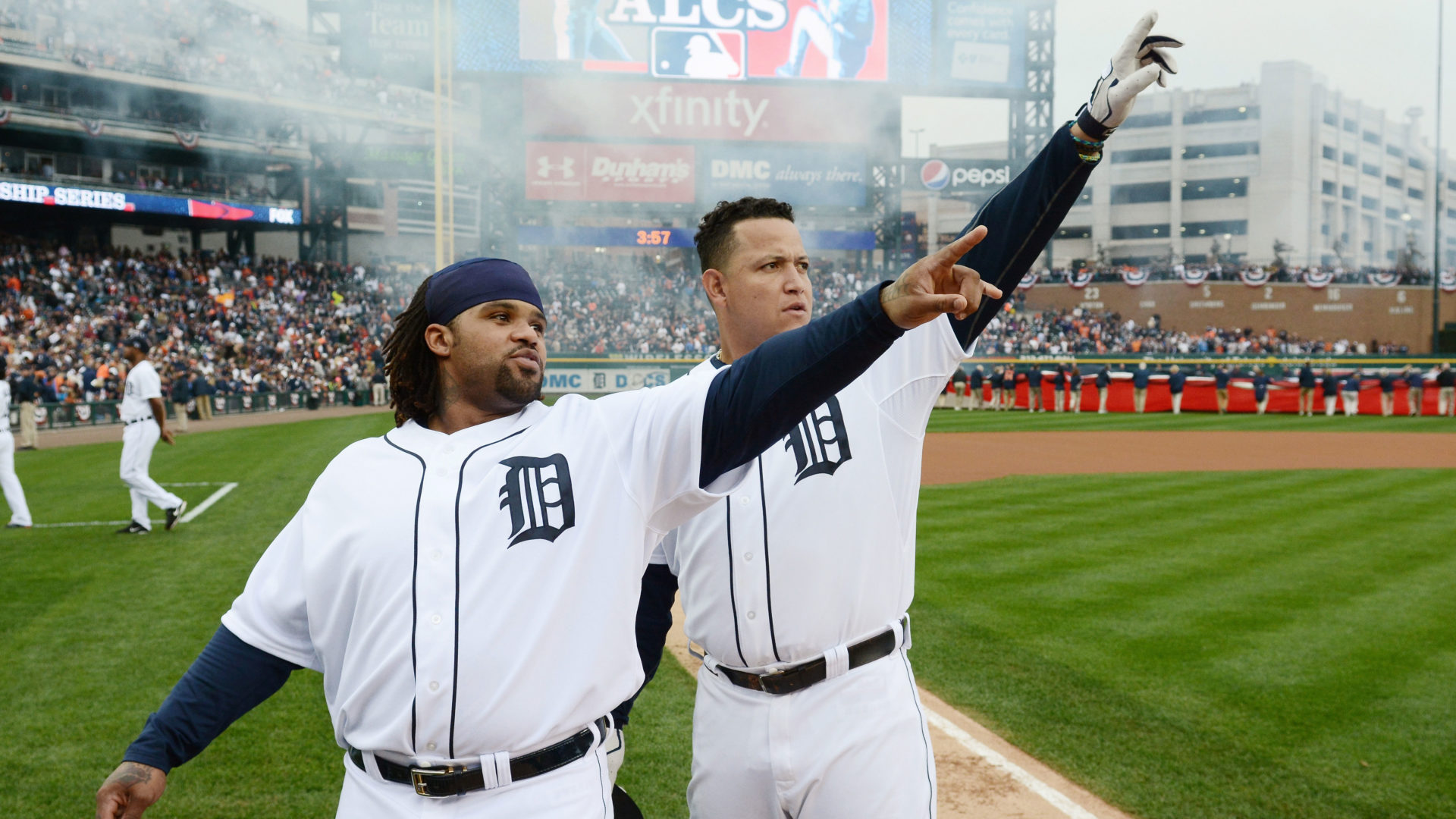 In case you missed 10-6 on our list, check out Dylan Jacob’s article here.

The 2016 Indians were outs away from winning the World Series against the Cubs. After falling short, the hunger to break the championship drought in Cleveland had never been larger. The Indians went out and signed Edwin Encarnacion in free agency, who panned out enormously. Edwin’s 38 HRs and 107 RBIs had him at the heart of a dangerous order which was led by star infielder’s Francisco Lindor and Jose Ramirez, who each put up great seasons of their own. The Indians were not all offense in 2017, however. They were led greatly by their ace Corey Kluber, who won the Cy Young Award, going 18-4 with a 2.25 ERA in over 200 innings. Kluber’s sidekick was Carlos Carrasco, who went 18-6 with a 3.29 ERA in 200 innings as well. This one-two punch could not have been as dominant as they were without the help of their bullpen. In his first full season in Cleveland, bullpen ace Andrew Miller was the best reliever in baseball. He made the All-Star team and stuck out 95 batters in 62+ innings. The ‘pen was held down by closer Cody Allen, whose 4.38 strikeout to walk ratio and 30 saves led the team. Cleveland would roll through the regular season, which included their incredible 22 game win streak, and win the AL Central. They would end up losing in the ALDS to the Yankees that year, but it was surely a year to remember.

As of 2018, the Dodgers had won their division for five straight years, and they were looking to redeem themselves from the previous years’ World Series loss to the Astros. Despite a few injuries early on in the season to Justin Turner, Logan Forsythe and Corey Seager, the star-studded Dodgers roster won the division for the 6th straight year. They were carried offensively by the breakout performances of Max Muncy (35 HRs) and Matt Kemp (.290 BA, 21 HRs, 85 RBIs). They made a big move in July to acquire Orioles SS/3B Manny Machado to completely load their lineup up with talent. As a team, including Machado, the Dodgers had eight players hit at least 20 HRs. On the other side of the ball, they had six pitchers make at least 20 starts and pitch to an ERA under 3.82, including ace and future Hall of Famer Clayton Kershaw. Kenley Jansen was one of the most dominant pitchers in baseball that year out of the bullpen, saving 38 games. Despite all of their talent, the Dodgers lost in the World Series again, this time to the Red Sox.

The 2012 Yankees potentially had nine Hall of Famers on their roster. This team was completely built on acquiring veterans past their prime, but it worked. Early on in the season, 42-year old Mariano Rivera tore his ACL shagging fly-balls in Kansas City pregame, so Rafael Soriano had to step up, and he did. Soriano would flawlessly fill in for Rivera, saving 42 games and pitching to a 2.26 ERA. Another great surprise came from the arm or 37-year old Hiroki Kuroda, who was the ace of the staff that year. He went 16-11 with a 3.32 ERA in 219+ innings, leading the pitching staff. Prior to the 2012 season Andy Pettitte announced he would come out of retirement. Despite a limited role, the 40-year old Pettitte had a 2.78 ERA in 75 innings over 12 starts. Mid-way through the season, the Yankees traded for 38-year old Ichiro Suzuki, who hit .322 as a Yankee that season. The Captain, Derek Jeter, also put together a great year at the age of 38, batting .315 while hitting 32 doubles and only missing 3 games. His partner up the middle, Robinson Cano, was even more lethal that season. In 161 games, Cano hit .313 with 33 HRs and 94 RBIs while tallying 48 doubles of his own. The Yankees outfield added even more pop. Curtis Granderson went all-in on the “short porch” in right field, turning himself into the perfect left-handed power hitter for Yankee Stadium. Although his averages dropped, Granderson hit 41 HRs while driving in 106 RBIs. In right field, Nick Swisher was just as productive as Granderson. The Yankees went 95-67, winning the AL East. They would then beat the Orioles in 5 games in the ALDS, and get swept by the Tigers in the next round.

After winning 90 games and losing in the World Series in 2010, the Texas Rangers were back with a vengeance in 2011. Josh Hamilton followed up his MVP campaign with a .298 BA, 25 HR, and 94 RBIs, despite missing 42 games that season. On the opposite side of the outfield, Nelson Cruz and his “Boomstick” hit 29 HRs in only 124 games. The real power in the order came from the infield. At the hot corner, Adrian Beltre batted .296 with 32 HRs and 105 RBIs, also in 124 games. Up the middle, Ian Kinsler brought a surprising amount of power to the table, hitting 32 HRs of his own. The Rangers most productive and consistent hitter in 2011 was none other than Micheal Young, who played most of his games as their DH. Young played in 161 games that season, hitting .338 with 106 RBIs and 41 doubles. The rotation was led by the 30-year left-hander CJ Wilson, and he was supported by two young lefties in Matt Harrison and Derek Holland. The three of them sheltered most of the load in the rotation for Texas, and out of the bullpen, 23-year old Neftali Feliz was electric. Despite some control issues, Feliz would tally 32 saves while pitching to a 2.74 ERA. The Rangers would make it back to the World Series in 2011, and they were one strike away from winning the whole thing in Game 6 until David Freese hit one an inch over the glove of Nelson Cruz in right field to tie the game. Texas is still looking for its first REAL World Series winner. (The Astros absolutely don’t count).

When talking about the 2012 Tigers, Miguel Cabrera has to be top of mind. Miggy was the best player in baseball back then, and his numbers absolutely proved it in 2012. Cabrera led the American League in Batting Average (.330), Home Runs (44), and Runs Batted In (139), winning the Triple Crown, a feat so historic, it hadn’t been done since 1967. Despite being the best player on the team, Cabrera made the sacrifice to move to third base before the season to welcome in new first baseman, Prince Fielder. In 2012, Fielder hit .313 with 30 HRs and 108 RBIs, making him and Miggy one of the most dangerous power threats in the sport at the time. The two were the only players on the Tigers that year to hit over 18 HRs and have over 74 RBIs. The 2012 Tigers starting rotation would have three future CY Young award winners in Max Scherzer (2013, 2016, 2017), Rick Porcello (2016), and Justin Verlander (2019), who was also coming off of his 2011 CY Young and MVP Season. The three of them, in addition to Doug Fister, Drew Smyly and Anibal Sanchez, created one of the most dangerous pitching rotations in recent memory. In the bullpen, the Tigers were anchored down by Jose Valverde, Joaquin Benoit, and Octavio Dotel, who all pitched in 57 or more games. They would eventually win their division with 88 wins, beat the A’s in a 5-game ALDS, sweep the Yankees in the ALCS, but get swept by the Giants in the World Series.