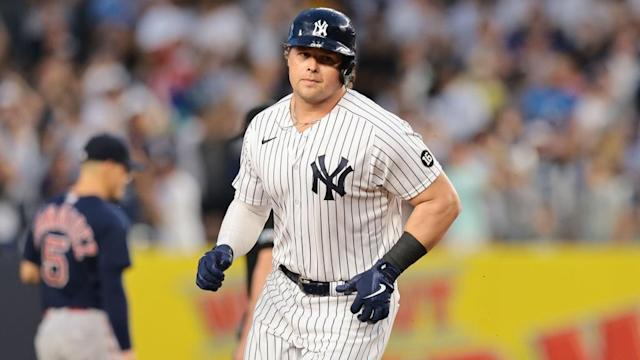 Once a team that looked like they had no chance of making the postseason, the Yankees have gone 24-8 in their last 32 games, and are now 71-52. They also went from ninth place in the American League to the top Wild Card seed and from fourth in the American League East Division to second, only to find themselves behind the Tampa Bay Rays. The Yankees keep adding much-needed victories, but they got even more help from around the league.

With last night’s 10-2 win against the Twins, the Yankees are on an eight-game winning streak – their longest of the season. Playing first base in turn with Anthony Rizzo, Luke Voit continued his recent hitting prowess, scoring four runs off a two-run single, a ground-rule double, and solo home run. Just as if he is playing with a chip on his shoulder, Voit has now driven in at least one run in four straight games.

Before last night, the Rays were coming off a four-game sweep over the woeful Orioles, which made it difficult for the Yankees to gain additional ground along with their wins. However, the Yankees finally got some good news following their eighth straight victory: the Rays lost. After losing to the White Sox 7-5 in 11 innings at Tropicana Field, the Yankees finally continued to climb the latter and now sit four games behind Tampa.

Down 4-2 in the eighth inning, the Rays rallied for three runs to take a 5-4 lead and it seemed as if the Rays would cancel out the Yankees progress yet again, until a ninth-inning game-tying leadoff home run by Tim Anderson and a scoreless bottom-half for the Rays forced the game into extra innings. After a scoreless 10th, the White Sox scored two runs in the 11th which proved to be the exclamation.

The Yankees gained more ground in the Division standings, but they have more work to do. As long as their upward momentum continues, the team should stay in good position for a fifth straight postseason appearance. The two teams’ next meeting will be the last series of the season from Oct. 1-3, one that could determine the AL East champion. Who will have the edge by then?