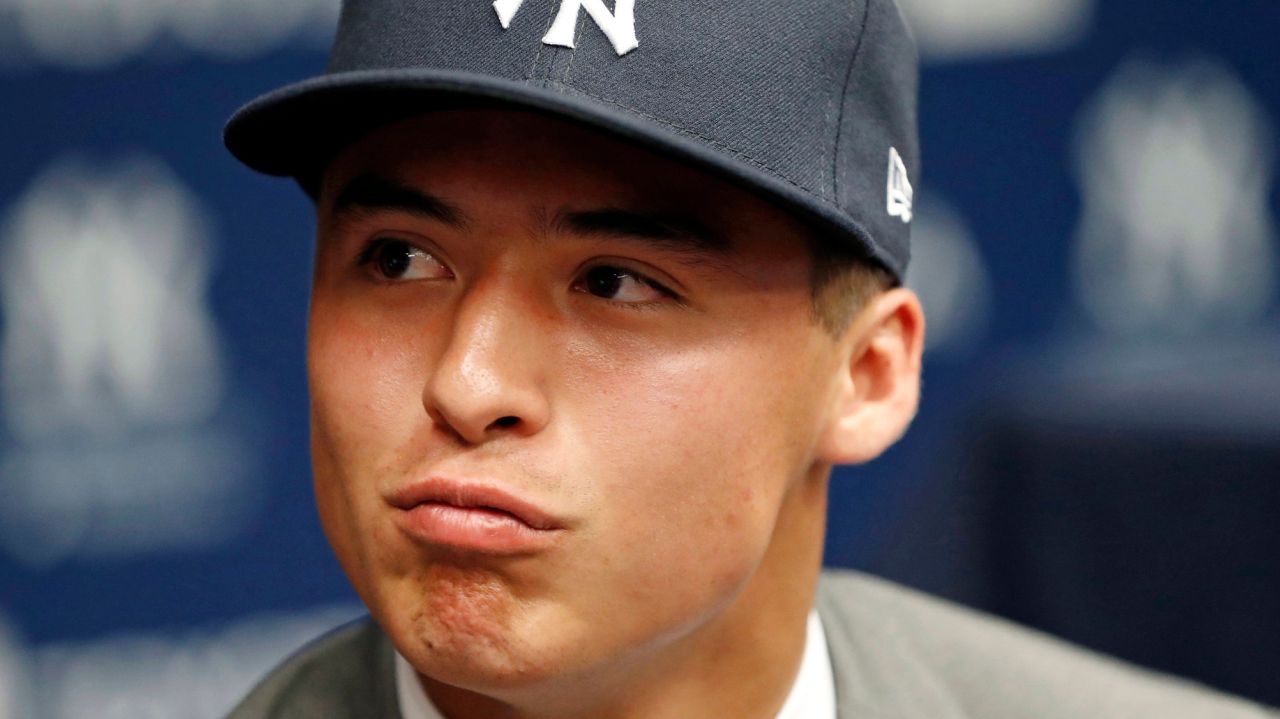 The Yankees’ top 2019 draft pick, shortstop Anthony Volpe, is having a spectacular season in both Low and High-A. Now the team’s top prospect, and the league’s 15th overall, Volpe gained more recognition for his walk-off home run against the Brooklyn Cyclones while also going 3-for-4 with a triple and three walks. Currently raking in the minor league system, Volpe can potentially land a long-term spot on the Yankees’ big league roster. Here’s how:

The Yankees’ infield unit has been stacked since 2018 – with Gleyber Torres being their longest-tenured starter – and it has only improved since the acquisitions of Luke Voit, DJ LeMahieu, Gio Urshela, and Anthony Rizzo. While there is no room for him yet if he were to suddenly be called up this season, there will be an opportunity for him to show his value as a Major Leaguer, eventually.

Utility infielder Rougned Odor is under contract with the Yankees until 2022 with an option for 2023 which also includes a $3 million buyout. If the Yankees choose not to re-sign the eight-year veteran, than Volpe will have a greater chance given the minimized depth. Whether or not Odor is a long-term option for the Yankees will be determined while keeping his left-handed batting abilities in mind. At the same time, however, he has not been the hitter that fans had hoped – despite his clutch moments – as he is batting .221 on the season and .188 at Yankee Stadium.

On the other hand (no pun intended), Brett Gardner – New York’s longest-tenured player – is not getting any younger, and the Yankees’ are eventually going to stop re-signing him to cheap, one-year deals. The Yankees are going to have to take both left-handed hitters into account in regards to the team’s future. If Odor is sent out the door, the odds of seeing Volpe don Yankee pinstripe jersey sooner will increase due to a slight makeover in the infield. Gleyber Torres, who was the team’s starting second baseman during his 2018 rookie season before switching to shortstop, would have to give up his every-day position to Volpe which would then switch the two-time All-Star back to second.

Gio Urshela has not matched his surprisingly spectacular 2019 season, as injuries have derailed his time under the spotlight – ironically, he was a key figure in the Yankees’ “Next Man Up” campaign that same season. Despite batting .282 in the past two seasons, Urshela has been on the injured list four times, which has caused the 29-year-old to miss 55 games. Despite his stats taking a nosedive, Urshela can still perform when he’s healthy, but his status as a long-term option for the Yankees comes into question with a crowded depth at third base as the Yankees have LeMahieu, Odor, and Miguel Andujar – who is also on the injured list.

Luckily for the Yankees, Urshela is not expected to leave any time soon as he has two years left of arbitration before he becomes a free agent in 2024. If the Yankees choose not to re-sign Urshela, however, than the starting infield, again, would go through a makeshift: LeMahieu, who can play first, second, and third base, would regularly play at latter position; Torres at shortstop; Odor (if he returns) at second; and Rizzo/Voit (if either are on the roster) at first. Realistically, Volpe would have a shot in 2024 if he were to play his signature position at shortstop, which would then move Torres to second base.

Ever since his stellar rookie campaign in 2018, the past three seasons for third baseman-now-left fielder Miguel Andujar have not favored him well. After slashing .292/.328/.527 with 27 home runs and 92 RBIs as a rookie, shoulder and wrist injuries have brought down his performance. Since 2019, he slashed .228/.257/.331 and clubbed seven homers while driving in 18 runs in 78 games. These injuries caused him to lose his starting job to Urshela in 2019.

Odds are that Andujar will never regain his starting role at third base, and certainly not in left field with Giancarlo Stanton and Joey Gallo getting time in the outfield. Andujar’s future and value with the team remains uncertain, as he is under contract with the team until 2025, but not before having three arbitration years. At best, he could serve as a reserve player behind Urshela and LeMahieu. If the team chooses not to bring him back after 2024, Volpe could get the call and fill in the missing piece in their infield depth.

These points do not assert that Volpe will not make his debut in 2024. Instead, they present possible outcomes that can result in Volpe becoming the Yankees’ next full-time shortstop. In short, eventual depth-shortage, as well as his slugging, will give the 20-year-old prospect a greater chance to make the Yankees’ major league roster in the future.

He was just promoted from the Low-A Tampa Tarpoons to the High-A Hudson Valley Renegades after slashing .302/.455/.623 with 12 home runs and 48 RBIs. Since his promotion, he is slashing .311/.406/.613 with eight homers and 22 runs batted in while keeping his team atop the High-A East North Division. He may have a long way to go before getting promoted to the big leagues, but the future remains bright for this up-and-coming star.