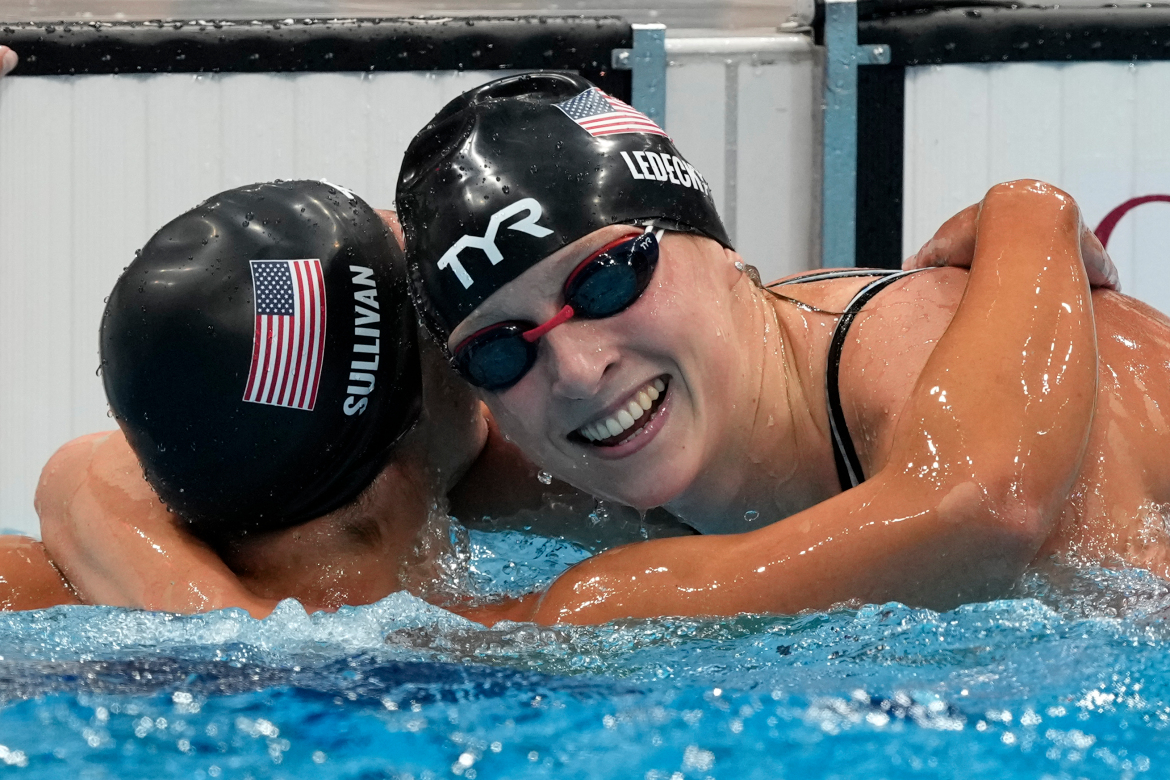 In her first two Olympic races, USA’s Katie Ledecky did not meet her expectations, claiming silver in the 400m race and finishing fifth in the 200m contest – her first race without winning a medal – while watching Ariarne Titmus wear Gold for both events. Ledecky was hoping to regain the worldwide spotlight and win her first Gold prize in Tokyo. Last night, she did just that in historic fashion:

In 15:37.34, Ledecky captured gold in the inaugural women’s 1500m (15 full laps) freestyle Olympic event. She was the leader in all 30 lengths, and had a lead cushion of five meters towards the end of the race. Her rookie teammate Erica Sullivan, 20, also shocked the world with a surprising comeback, climbing from sixth place with 21 remaining lengths to claiming silver in 15:41.41 – her first career Olympic medal. Germany’s Sarah Kohler won the bronze medal in 15:42.91. The two USA teammates embraced one another following the race.

Heading into her third race, Ledecky, 24, knew she had to make each stroke count while thinking of her motivational grandparents after her disappointing 200m race. “They’re the toughest four people I know, and that’s what helped me get through that,” Ledecky said after the race.