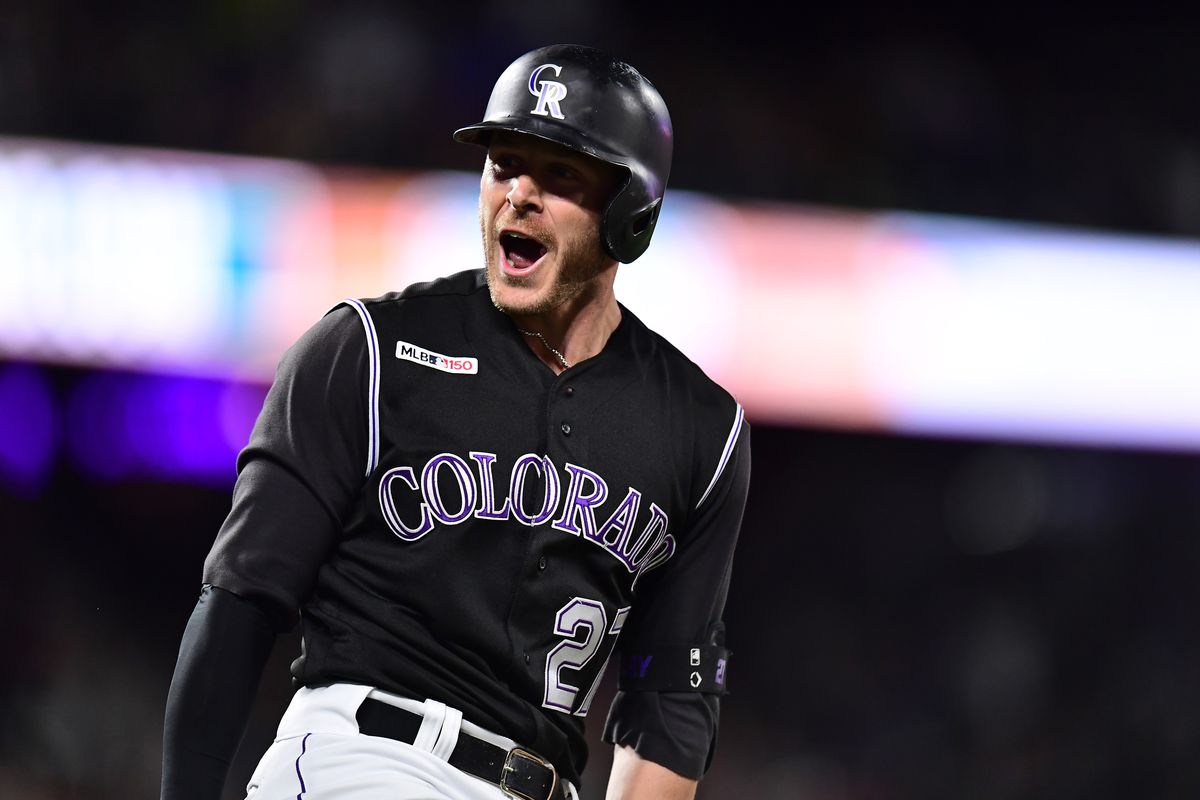 The trade deadline is this Friday at 4pm, and with the Pirates trading the league’s leading hitter, Adam Frazier, to the Padres, the trade market is heating up, so let’s talk about the rumors regarding a few of the other top players that could be traded this week.

Everyone seems to be writing off the Yankees, but despite their injuries, disappointing play, and Covid outbreaks, they are still just 3.5 games back of the second AL Wild Card spot. Furthermore, even if this shouldn’t matter, the Yankee fanbase will go ballistic if the teams does not make a move before the deadline. The Yankees have been linked to Trevor Story more than any other team in recent days, and while that does not necessarily mean that the Yankees are the most likely team to trade for Story, I’m simply going off of what the MLB insiders are saying. As the above Tweet from Dan Federico says, there have been rumors that the Yankees have interest in playing Story in centerfield. I don’t doubt Story’s athletic ability to play center, but he is a great shortstop, and the Yankees infield defense would be fantastic if they had Urshela at third, Story at short, Torres at second, and LeMahieu at first. The Yankees have also been rumored to be interested in outfielders such as Joey Gallo and Starling Marte, so depending on what happens between now and the deadline, the Yankees could potentially have better options in centerfield than Story anyway.

If the Yankees were to trade for Story, the most interesting long-term storyline of that acquisition would be the fact that Story is a free agent after this season. One would think that if the Yankees are going to give up valuable assets for Story, then they would want to re-sign him to a multi-year deal in the offseason, and a player of Story’s caliber signing a long-term deal with the Yankees would be a major development. I talked about Story going to the Athletics in my most recent trade deadline predictions blog, and while I still believe that that would be a great fit, I have not seen much (or anything really) about that being in the works recently.

Extension talks have been a theme in the weeks leading up to this year’s trade deadline, as teams out of playoff contention that are not able to extend their stars on expiring contracts become much more likely to trade those stars before Friday. This appears to be the case with outfielder Starling Marte, who, according to Craig Mish, will not be signing an extension with the Marlins. As the above Tweet from Jon Heyman says, the Phillies, Astros, and Yankees, are all interested in Marte. The Yankees seem to be connected to Marte the most as they are in desperate need of an athletic centerfielder, but the Astros and Phillies would also be great fits for Marte. The Astros have been starting Myles Straw in centerfield for most of the year, and the Phillies have been searching for a good centerfielder seemingly forever. I have doubts that the Marlins would trade Marte within their division, so I don’t think he will end up in Philadelphia, but the Astros or Yankees would make a ton of sense when it comes to trading for Marte.

People have linked Craig Kimbrel to the Astros and Athletics, but the Phillies seem to be the hot name regarding the Cubs stellar closer as of late. The Phillies have blown 23 of their 46 save opportunities this season and much like their hole in centerfield, the Phillies lackluster bullpen has been an issue for a few years now. Meanwhile, Kimbrel is as dominant as he has ever been (which is saying a lot), and the Cubs are expected to be one of the biggest sellers of the trade deadline. Of course, Kimbrel will have an extremely competitive market since he is pitching so well and is signed through 2022, so any team that trades for Kimbrel is going to have to give up quite a haul. To think back in recent memory for an example of what it might take to get Kimbrel, the Cubs gave up Gleyber Torres for Aroldis Chapman back in 2016, and Chapman was on an expiring contract unlike Kimbrel.

There have not been many recent rumors about Gallo other than Saturday’s update from Jon Heyman above, but that update could be pretty big. If the Rangers extend Gallo, he obviously will not be traded, but if the two sides do not agree to an extension, then I think that Gallo will be traded because teams would likely offer the Rangers a large haul for the slugging outfielder. The Padres and Yankees have been linked to Gallo the most, but the Padres might not be as interested in Gallo now that they traded for Adam Frazier, who, like Gallo, bats left-handed and can play the outfield. As I mentioned before, I have not seen much news regarding Gallo in the last few days, so I suppose that makes the Yankees the current leader in the Gallo sweepstakes, but it does not feel as likely that Gallo is traded compared to the other players I talked about in this blog, so this appears to be more of a “wait and see” type of situation as the week goes on.