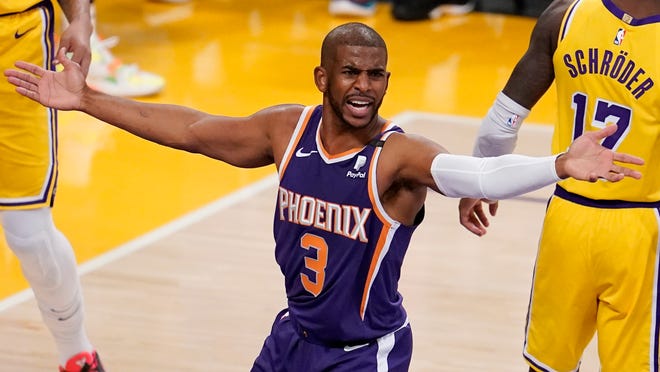 The NBA off-season has raised many questions ranging from Chris Paul to Russell Westbrook to Damian Lillard. NBA free-agency began on Monday at 6:00 P.M. EST, and it got off to an exciting start. Here is a recap of free-agent action: as of today

The Knicks wasted no time in trying to bring back the former 2011 MVP, who helped guide the team to their first playoff appearance since 2013. Rose revitalized his career in his second stint with the Knicks, scoring 14.9 points in 35 regular season appearances, and leading the team with 19.4 in the postseason. Rose was the face of the Knicks bench last season, and will continue to be going forward.

As of today, four-time All-Star point guard Kemba Walker announced that he would join the club after his contract buyout with the Thunder. Signing Walker not only adds depth at the point guard position, but it will also help Immanuel Quickly evolve into a prolific scorer and passer following his impressive rookie season. This was the Knicks best move this off-season as they are in perfect position to make some deep playoff runs in the nearer future.

The Nets decided to bring back Blake Griffin, and rightfully so. Teaming up with Brooklyn’s ‘Big Three’, the six-time All-Star resurrected his career after having his contract bought out by the Pistons. In 26 appearances with Brooklyn, Griffin shot 49.2% from the floor and 38.3% from three-point range while scoring 10 points per game.

He was also a key element in the Nets’ playoff run that resulted in a Game 7 loss to the Bucks in the Semifinal Round, shooting 53.2% from the court and 38.9% from downtown while averaging nine points in 12 games. With the signing, the Nets have officially begun preparing their redemption season.

The Heat made three big moves today in landing six-time All-Star Kyle Lowry and NBA champion P.J. Tucker, and bringing back Duncan Robinson. Lowry, 35, is entering his sixteenth NBA season, but he still has much left to prove as he is coming off a season where he averaged 17.2 points per game in 46 appearances.

In his first full season as a starting shooting guard in 2020, Robinson set the Heat franchise record for most three-pointers in a season with 270, and nearly matched it with 250 in 2021. Now in sixth place on Miami’s all-time three-pointers list, Robinson was destined to return to the Heat and help the team return to postseason prominence following their First Round defeat to the Bucks in four games.

The sound of Lowry, Robinson, Jimmy Butler, PJ Tucker, and Bam Adebayo as a starting lineup sounds enticing. This squad, along with sixth-man Tyler Herro, has playoff material written all over it. Assuming this team remains healthy, fans better not sleep on the Miami Heat next season.

As expected, Chris Paul has decided to remain with the Suns for four more seasons. Paul hinted at his press conference following his Finals’ loss that he would not retire and intended to stay with Phoenix. In 70 regular season games, Paul shot 49.9% overall and 39.5% from deep while scoring 16.4 points per game. He also recorded 8.9 assists per game. One of the key elements in the Suns’ first Finals run since 1993, Paul scored 19.2 points per game while shooting 44.6% from deep and 49.7% overall, and tallied 8.6 assists per contest.

Entering his 17th season, Paul yearns to complete his Hall-Of-Fame resume with his long-awaited NBA title, and there is no better way to do it than for a team that is hoping to clinch its first championship in franchise history. The Suns may have fell short last season, but this was an impressive run for a team that has not participated in the postseason since 2010. CP3 is back, and his Suns are just getting started.

Lonzo Ball will get a fresh new start with the Chicago Bulls, who decided to pass on bringing back Derrick Rose. Ball agreed to a four-year, $85 million deal as part of a sign-and-deal trade from the Pelicans. The soon-to-be fifth year guard out of UCLA improved his career since leaving the Lakers – the team that drafted him in 2017.

In his two years with the Lakers, Ball scored 10.2 points per game, shot 38.0% from the floor, and 31.5% from three-point range. In his last two seasons with the Pelicans, he scored 13.1 points per game while shooting 40.9% overall and 37.6% from downtown. He also went from being a sub-.500 free-throw shooter with the Lakers to a 66.1% performer with the Pelicans, including a career-high 78.1% last season. While slowly improving his game, Ball and shooting guard Zach LaVine would make a solid pair in the backcourt and could be two important figures in leading the Bulls back to the playoffs.

Trae Young was highly expected to get a lucrative contract extension. After guiding the Hawks to their first playoff appearance since 2016 and first Eastern Conference Finals visit since 2015, Young is only hungry for more. As much of an NBA villain as he is, the two-time All-Star was well-deserving of this contract for kickstarting a new process for the Hawks since his rookie season in 2019. Expect to see another playoff run by Young and the Hawks next season – the only question is where they will finish.

The Lakers landed Wizards’ point guard Russell Westbrook earlier this week, but their off-season was not complete. Sixers’ center Dwight Howard announced he was returning to the Lakers for a third time – his second in three years. The eighteen-year veteran drafted first overall in 2004 posted on his Instagram handle that he was ready to “run it back”, a reference to the Lakers’ claiming their second NBA title in three years.

The Lakers also welcomed back Trevor Ariza, who helped the team win the 2009 Finals against the Magic and Dwight Howard, coincidentally; Wayne Ellington, who played for the team in the 2014-15 season; and Kent Bazemore who played less than half the 2013-14 season.

As of yesterday, ten-time All-Star small forward Carmelo Anthony agreed to a one-year deal to join the Lakers and play with his close friend, LeBron James. Likely to start at power forward behind Anthony Davis, Anthony provides depth both as a reserve player and as a replacement in case the former gets injured. Now a matured Finals threat, the Lakers could also be Anthony’s last chance at a title to complete his Hall-Of-Fame resume, and he has won six All-NBA honors and a scoring title back in 2013. The Lakers look to avenge their First Round series loss to the Suns, and they appear to be locked-and-loaded.