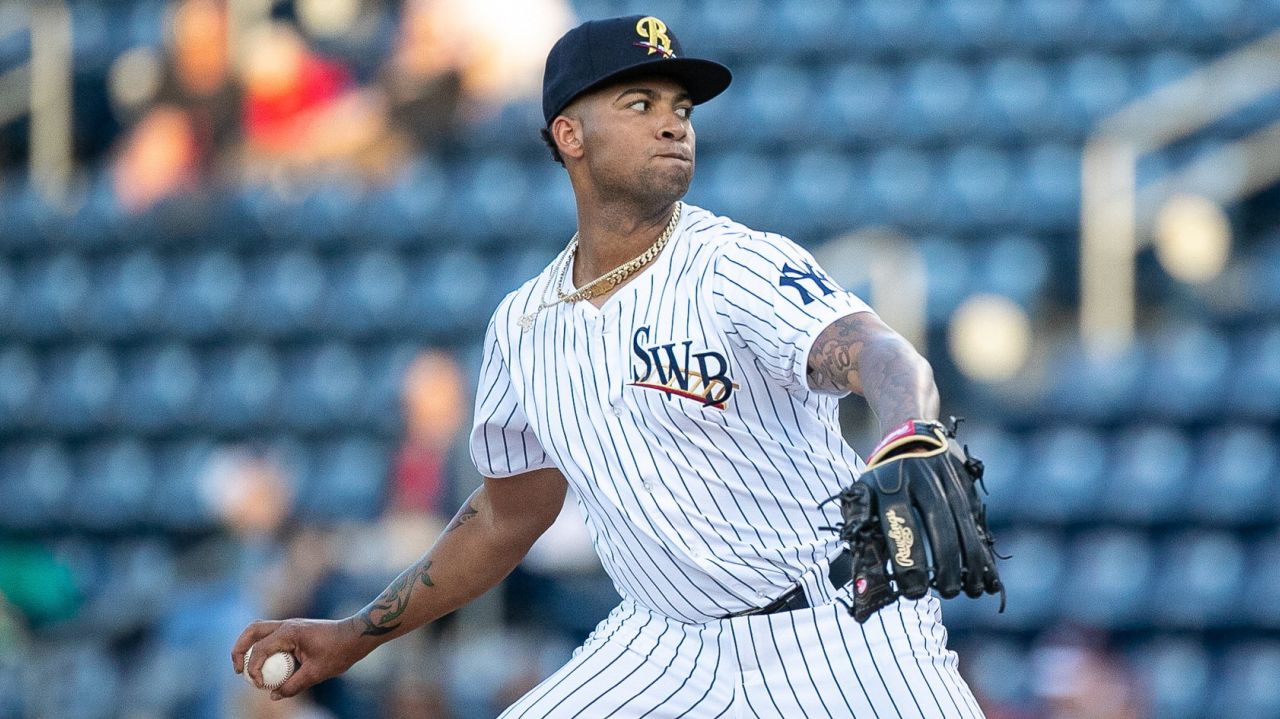 Gerrit Cole was scheduled to start today until testing positive for COVID-19 last night. Following the Yankees’ ugly 7-1 loss to the AL East-worst Orioles, fans were hoping that reliever Nestor Cortes would take over tonight’s starting duties. Instead, the Yankees decided to call up this right-hander from Triple A Scranton:

Currently the Yankees’ No. 4 overall prospect, Gil (pronounced “heel”) will be making his MLB debut in a game that the Yankees desperately need to win following their sloppy loss last night at Yankee Stadium. Yankees’ GM Brian Cashman explained that Deivi Garcia did not get called up due to declining in Scranton this season with a 7.41 ERA in 15 games.

Here are the pros and cons of calling up Luis Gil:

In his second to last start, Gil threw six innings in a combined no-hitter against the Rochester Red Wings – the Nationals’ Triple A affiliate – while walking two batters and striking out nine. In 10 out of 15 appearances in both AA and AAA, Gil allowed two earned runs or less – five in each level, respectively. He also threw for seven or more strikeouts in seven games. He owes his best games to his slider and fastball – the latter of which clocks between 95-98 mph.

Many fans are hyped to see the 23-year-old make his league debut. However, here are the main concerns for Gil:

Since being promoted to Triple A Scranton on Jun. 16, Gil allowed four or more runs three times, allowing 15 earned runs in those games while lasting 9 1/3 innings. His walk count has skyrocketed, but his strikeout rate has hardly stalled.

Many pitchers do not expect to be called up to the majors following a disastrous performance such as Gil’s on Jul. 27. On the bright side, however, Gil has shown that he performs better against right-handed hitters than lefties. Right-handed hitters has a .661 on-base plus slugging percentage against Gil whereas lefties tally a .732 OPS. Facing off against six right-handed batters, two left-handers, and one switch hitter, Gil has an advantage that should help him succeed in his MLB debut. If his pitches are in command, Gil should be in the driver’s seat against Baltimore’s starting lineup.

Luis Gil’s promotion was a surprise to many Yankee fans. With our ace scratched due to COVID, it is time to place our trust in in the young flamethrower to guide us to a much-needed victory. After all, there is no better time for him to prove his worth in the majors than tonight.