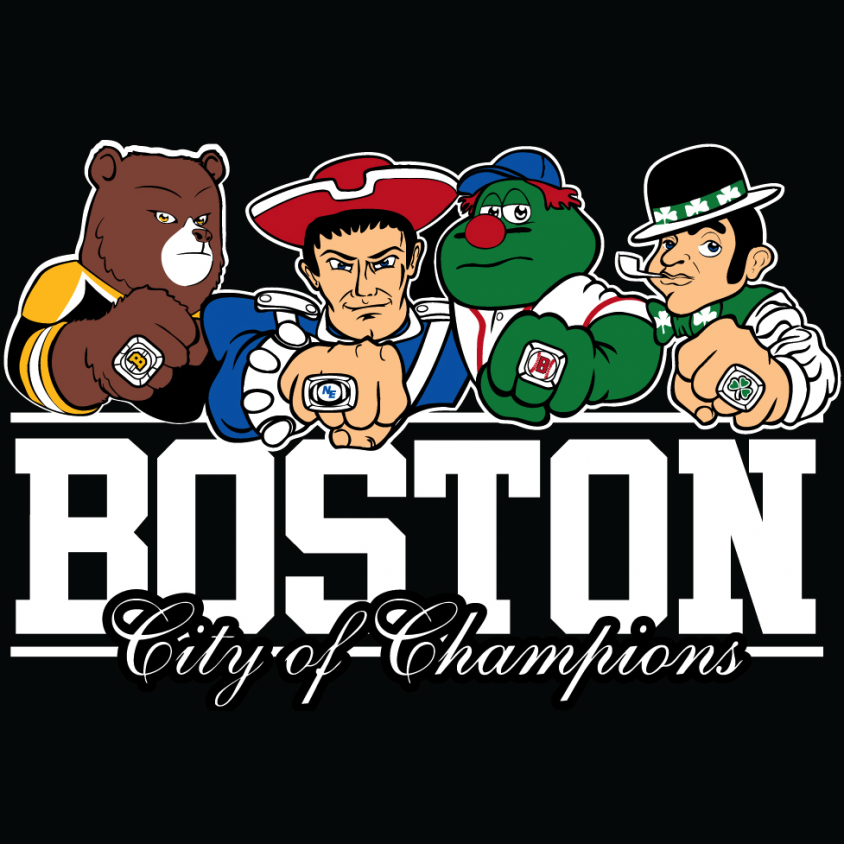 4 more wins. That’s all it takes for another championship parade to take place in Boston. Have we ever seen such domination of a single cities sports teams in our lifetimes? For me, that’s a hard no and unless your 86-110 years old the same is true for you. The Patriots, Bruins, Celtics, and Red Sox have been doing something special over the last 20 years, but this could turn out to be the most impressive year yet.

The first Boston championship of the year came in baseball. The Sox finished the 2018 regular season with 108 wins, making them easily the best team in all of baseball. This domination translated into the playoffs and the Sox beating the Dodgers in 5 games depicted it. Winning the world series is nothing new for baseball fans in Boston though, the Sox previously won it in 2013, 2007, & 2004.

Another one. Yes-that applies too Brady, but also for the city of Boston. The Patriots winning Super Bowl SBLIII brought another championship to the Boston fans this sports year. Nothing new for this franchise and fanbase though, the Pats also won in 2017, 2015, 2005, 2004, & 2002.

At this point in the sports year Boston sports were 2/2. What’s next?

You feel bad for Boston fans, don’t you? After finishing the regular season 17 games above .500 and also sweeping their first round matchup against the Pacers, the Boston Celtics were eliminated from the second round of the NBA playoffs by the Bucks. Expectations were high for this team heading in; they had the potential to represent the East in the Finals. So the Celtics didn’t win the championship, but they still made the playoffs and won a series. “Fenty, who cares? They didn’t win the final so it’s a failure of a season .” The point is that the Celtics were still good enough to even have a chance to win. The most previous Celtics championship was in 2008.

4 more wins. The Bruins look like a team on a mission, a team bound for a Stanley Cup. In the Eastern Conference Finals the Bruins manhandled the Carolina Hurricanes, sweeping the Canes in 4 games. Just like the Celtics, the Bruins had a great regular season and had high hopes to go deep into the playoffs. Unlike the Celtics, the Bruins are here. They are four more wins from winning Lord Stanley’s Cup (The greatest trophy in sports). The western conference representative is still a long ways away, but one thing that’s certain is the Bruins have secured their spot as a top two finisher in the NHL. The Bruins getting those four wins and bringing another championship to Boston would cap off one of the dominant sports seasons in a city’s history EVER…

3 championships in 1 year. Just think about that for a second, 3 IN 1 YEAR!!!! Fans of teams wait decades for a team too just win a playoff series, let alone a championship and Boston has the potential to have 3 parades in one year. Let that sink in. Must be nice. IF the Bruins win, huge if I must add, Boston would be taking home 3/4 major championships: World Series, Super Bowl, & Stanley Cup. The last time 3 championships were won by a single city in a year was Detroit in 1935, those teams being the Lions, Red Wings, and Tigers. To understand how foreign what Boston’s sports has the potential to do I have compiled a list of events that happened in 1935…

1935. ARE YOU KIDDING ME!? The sports teams in Boston have the chance to beat an 84 year record. As the common fan I’m not happy, how could I be? How is it fair that Boston sport fans get to see all these championships when I’m over here in New York just begging for my teams to make the playoffs? And it’s not like this is a unique year, these teams win time and time again.

Overall, I am cheering for history and greatness, but you will never catch me feeling happy for Boston fans. Never. They have seen enough winning; save some for the rest of us. Good luck B’s.