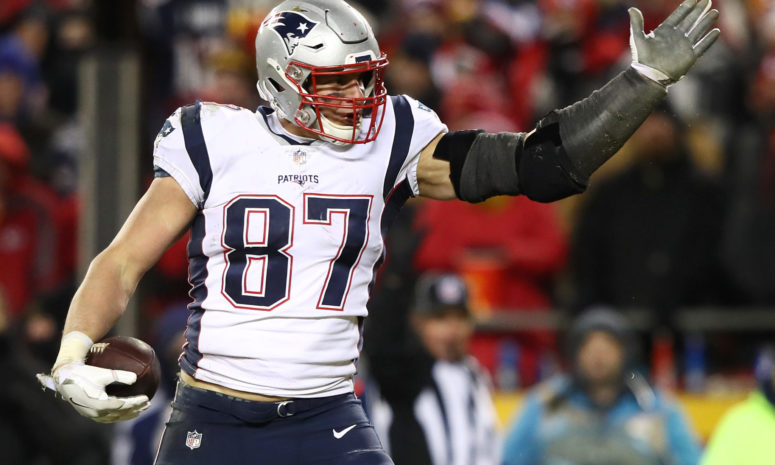 Recently, Rob Gronkowski went on The Andy Show and mentioned that he still may have some gas left in the tank. At the time, it was brushed off as mere speculation. After all, rumors had flown around like crazy all of last year stating that the three-time Super Bowl champion would come back later on to help the Patriots repeat.

However, those rumors of his return have not only become a reality, but they’ve been turned upside down.

When Tom Brady went from New England to Tampa Bay, it was already clear that his options at receiver would improve tremendously with Mike Evans and Chris Godwin both coming off of 1,000+ yard seasons. Now he gets arguably the most reliable target of his career back from retirement  along with a strong coaching staff led by Bruce Arians and a young defense.

It’s especially impressive considering the Bucs only gave up a fourth-rounder for the tight end. Now they can use one of their first three picks to keep Brady protected and, possibly, add a running back to make the offense even more lethal. Guys like J.K. Dobbins and Clyde Edwards-Helaire may look pretty good in pewter and red.

There are still a lot of good teams in the NFC. The San Francisco 49ers will be bringing back most of their core and New Orleans has upgraded at wide receiver with the signing of Emmanuel Sanders. Even the Green Bay Packers and Seattle Seahawks will be bringing everything they have to 2020. However, the Buccaneers now have the resources to at least compete with all of them and make this coming season very interesting.