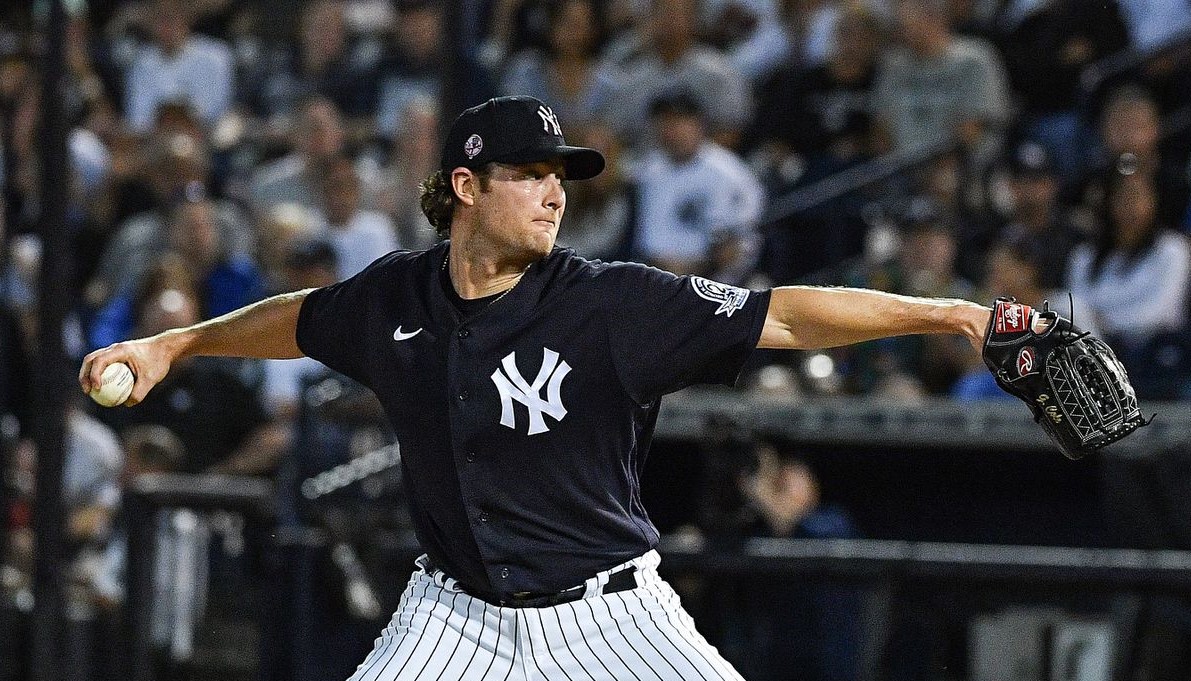 Seven games have gone by for the Yankees, who see themselves atop the AL East Division at 6-1 – also an MLB-best! Here’s how they got here:

First order of business, the bats continue to erupt just as they did last season. Let’s take a look at who leads the charge.

Stanton started his season with a BANG, hitting a towering home run in his first at-bat in the season opener against the Nationals, and again the very next game. Getting off to a red-hot start hitting two blasts along with six RBI’s and returning to the Bronx with 8 hits in his first 16 at-bats, Stanton – now batting .348 – is putting together a comeback year following his injury-plagued season a year ago!

LeMahieu missed the Yankees’ first game of the year due to recovering from COVID-19 (despite being asymptomatic). Now batting .385 (10 for 26) with one home run and three RBI’s, LeMachine has shown nothing but signs of immunity! The AL MVP candidate from a season ago is back and he is locked in once again… LOOK OUT!

Make that 22 of 31 HRs! Judge, after getting off to a slow start, is having himself a streak, hitting a home run in FOUR straight games, the most notorious being his go-ahead 3-run dinger in last Thursday’s game against the Orioles in the ninth inning. Judge, currently tied for second in home runs and tied for fourth in RBIs, knows that its never too late to rise! Welcome back!

Among others, like Gio Urshela and Luke Voit who have begun to rise again AND have each hit a grand slam two days apart from each other, the Yankees offense appears to be in the same groove as they were last season, and they show no sign of slowing down!

Boy, have we been waiting to see this!

Gerrit Cole has been nothing but dominant so far, just as expected. His season began with a perfect 2-0 record in just as many starts, and has recorded 12 strikeouts in that span. He surrendered four runs (all earned) on only five hits and three walks in 11 2/3 innings pitched. His 3.09 ERA might not be the “Gerrit Cole” average were used to seeing, but there’s still plenty of baseball left for him to bring it down. Either way, his reign in Pinstripes has only begun!

And of course, you can’t forget about the bullpen.

Highlighted by Chad Green, Adam Ottavino, and Zack Britton, the Yankees relievers all together have given up nine runs in 23 2/3 innings (five runs in 20 1/3 innings when disregarding Michael King’s four-run effort against Washington). The previously-mentioned 1-2-3 punch all picked up where they left off last season combining for four hits, zero runs allowed (both earned and unearned), two walks, and nine strikeouts in 9 1/3 innings pitched, along with two saves. They look to continue to replicate their performance last season as a reliable bullpen. Also, we miss you Dellin!

The Yankees have shown early success this season, but there are two underlying issues – both of which can be turned around:

Gary Sanchez has been massively struggling so far, starting with 0 hits in his first 15 at-bats (10 of them were strikeouts). He sat out Friday’s series opener against the Red Sox until finally recording his first hit in Saturday’s 6-1 win. He is now 1-18 on the year, batting .056. Hopefully his one day of rest broke his downward momentum, because 60 games is too tight to be in any kind of horrific slump. Although this sounds counter-intuitive, he still has time to turn the gears around. Be prepared to see him surprise viewers with his blasts were used to seeing.

Aside from Gary’s aforementioned staggering number of strikeouts, Judge has had at least one strikeout in all seven games so far, totaling 11 up to date. On the bright side, Stanton, despite having six in seven games, seems to be improving his issue with the K’s and has developed a better set of eyes in the box.

There may be a few things to improve, but as a fan I’m beyond satisfied with where we stand right now!