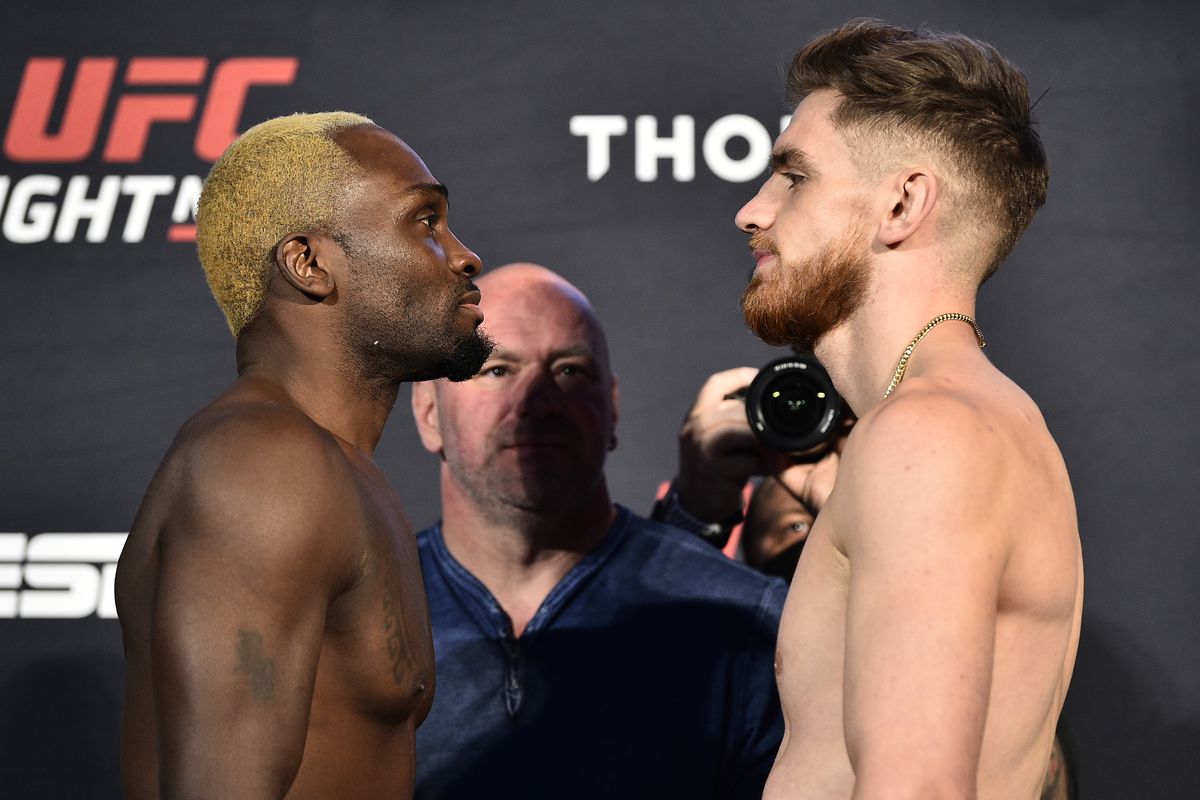 Perennial top 10 contender and #8 ranked Derek Brunson takes on #9 ranked 22-year-old prospect Edmen “The Golden Boy” Shahbazyan in Saturday night’s middleweight main event. The seasoned Brunson has faced many top middleweights including former champions such as Lyoto Machida, Anderson Silva and Robert Whittaker, as well as current champion Israel Adesanya. His experience in the octagon and the level of competition he has faced consistently is going to pose a threat to the young Shahbazayan. The undefeated Shahbazyan has 11 wins under his belt with 10 first-round finishes (9 KO/TKOS + 1 SUB). He has never had a five-round fight and has only gone the distance once in a 3 round fight, where he won a close split decision. Although Brunson has had five-round main events in the past, he has never made it past round 3 either. It will be interesting to see what happens if the fight goes to the championship rounds. Brunson, who is coming off a 2 fight winning streak, will look to test Shahbazyan’s takedown defense and then open up to land his dangerous left hand. Shahbazyan will go out and do what he has done so well in his previous fights. He will look to put pressure on Brunson and use his large variety and volume of strikes to try and put Brunson away early. Brunson will be the first top 10 contender for Shahbazyan and his toughest fight to date.

Shahbazyan by KO/TKO (-150)
Shahbazyan will do what he always does, use his striking and pressure and finish Brunson off early. Brunson has had a handful of KO/TKO losses in his career and unfortunately for him, this is going to be another.

Calderwood to win (-160)
Lock! Joanne Calderwood was supposed to fight champion Valentina Shevchenko but the champ is recovering from a leg injury. Calderwood will beat Jennifer Maia because of her superior skills and show why she deserves the next title fight.

Parlay: Luque ML and Meerschaert ML (+140)
Vicente Luque will be too experienced and too skilled for Randy Brown. Brown is tough but Luque will outclass him.
Although Gerald Meerschaert is coming off a loss, he is moving up a weight class from middleweight. He is going to carry that speed to lightweight, and get the job done.

Vannata to win (-160)
Lando Vannata would have won the fight in his last meeting with Bobby Green but the fight scored a split decision draw because of a wrong penalty given against Vannata. Vannata’s going to win this time around.

Holland inside 3 rounds (-105)
Coming off a quick TKO win in his previous fight, Kevin Holland will put pressure on Trevin Giles and will get the finish. He has a massive 7-inch reach advantage and will use it to great effect on the feet and on the ground.

Watch the prelims at 7:00 pm EST and the main card at 9:00 pm EST onwards on ESPN+. Another great night of fights!