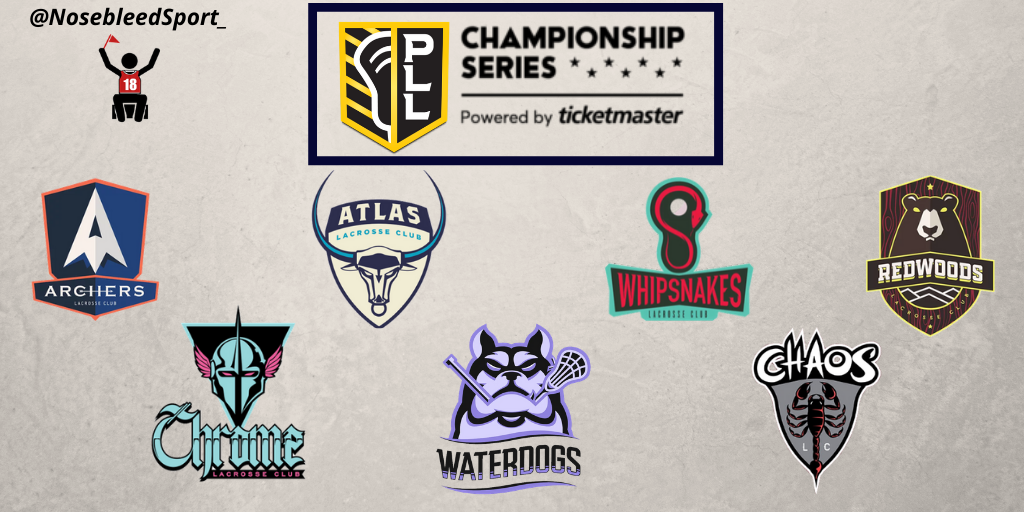 What a week of lacrosse. Week 1 of the PLL Championship Series had it all; blowouts, overtime wins, and tensions overflowing nearly every game. The seeds are set for the tournament, and I absolutely cannot wait for more surprises to mess up my rankings. After a wild week of pool play, here are the final rankings heading into the playoffs!

What a week it was for head coach Jim Stagnitta’s group. Offensively, both Matt Rambo and Zed Williams are in the top 3 in points in the PLL, absolutely terrorizing opposing defenses. Defensively, Bernlohr & co. have given up a staggering 8.25 goals per game, easily tops in the league. However, possibly the biggest contributor to the Whips’ dominance has been the work of faceoff man Joe Nardella. Currently sitting as my choice for MVP, Nardella finished pool play at 75% win percentage, leading the league by 15%. He also led all faceoff men in ground balls with 42. Second place? Drew Simoneau at 10. The Whipsnakes closest game came on Day 1 with a 13-9 win over the Redwoods, finishing with a +24 scoring margin in 4 games. I’m honestly not sure who can beat this team the way that they are playing. +24?!

Despite a tough loss to the Whipsnakes on Sunday, and a current 3rd seed, I still believe the Archers are the second-best team in the league entering the tournament. Rookie Grant Ament gets better each game, and this team is meshing together so well on offense. The ball movement between these guys is second to none, and it is obvious their chemistry continues to improve. They have been mostly consistent on defense, led by Eli Gobrecht taking the top matchup. Might we see an Archers-Whips rematch for the championship?

One pleasant surprise in the Championship Series has been the play of Chrome LC, led by first-year head coach Tim Soudan. Chrome had the biggest roster overturn from 2019, and not surprisingly, look like an entirely new team in 2020. Through 4 games, Chrome has been able to control the pace of play, slowing down transition and playing in the 6v6. Jordan Wolf and Justin Guterding have been electric, as well as the play of veteran goalie John Galloway and second-year faceoff man Connor Farrell. Rookie Matt Gaudet has been an entertaining addition to the team, drawing frustration out of his opponents with his constant chirping and willingly becoming one of the most polarizing players in the PLL. Can they keep it up against teams like the Whipsnakes? Time will tell.

Redwoods LC is a tough team to get a grasp on. Offensively, they are loaded with talent, and even after losing Jules Heningburg, they seemed poised to do well in this tournament. Unfortunately, this hasn’t been the case, as the ‘Woods have been relying too much on hero ball and individual efforts from guys like Ryder Garnsey, Matt Kavanaugh, and Myles Jones. Defensively, Redwoods have been solid, leading the league in caused turnovers and once again being one of the most physical units in the league. Sergio Perkovic has been fantastic, nailing 6 two-point in 4 games. For comparison, Mike Chanenchuk hit 7 all of last regular season with an extra 4 games. Redwood as a team have hit 9 two-bombs. Rest of the league? 12 combined.

What a way to get your first win as a franchise. Game 4 of pool play, overtime against another 0-3 team, and first overall pick of the Entry Draft Zach Currier stings a corner to finish on a win. Watch out for this team with momentum, a young, scrappy team with just the right amount of veteran leadership. The ‘Dogs have the right pieces to compete for a championship, but will have to get rid of the late 4th quarter turnovers to beat some of these ultra-talented rosters in the PLL.

Another day, another disappointing performance from the star-studded Atlas, who finished 0-3 to fall to the 6th seed heading to the tournament. Offensively, they haven’t been moving the ball efficiently, settling for bad shots and creating bad turnovers to give their opponents transition opportunities. The other end of the field has also been sloppy, finishing last in the league in scoring defense, even after the return of all-world defenseman Tucker Durkin. Finally, and most surprisingly, Trevor Baptiste has been uncharacteristically struggling, barely over 52% in 4 games. This team absolutely has the talent to run with any team in the league, but will need to be more consistent all across the board to make a run this week.

Watching Chaos LC struggle the way they have has certainly been a shock to many around the PLL. Blaze Riorden has been standing on his head the past two games, finishing both games with over 20+ saves. However, losing games despite that kind of goalie play indicates true struggles otherwise. One missing aspect has been their lack of transition play & the Bomb Squad, as Troy Reh is the only player on the whole team to hit a single two-pointer. In order to even attempt to make a run here, head coach Andy Towers is going to have to bring out the team that was steamrolling teams back in the 2019 regular season.