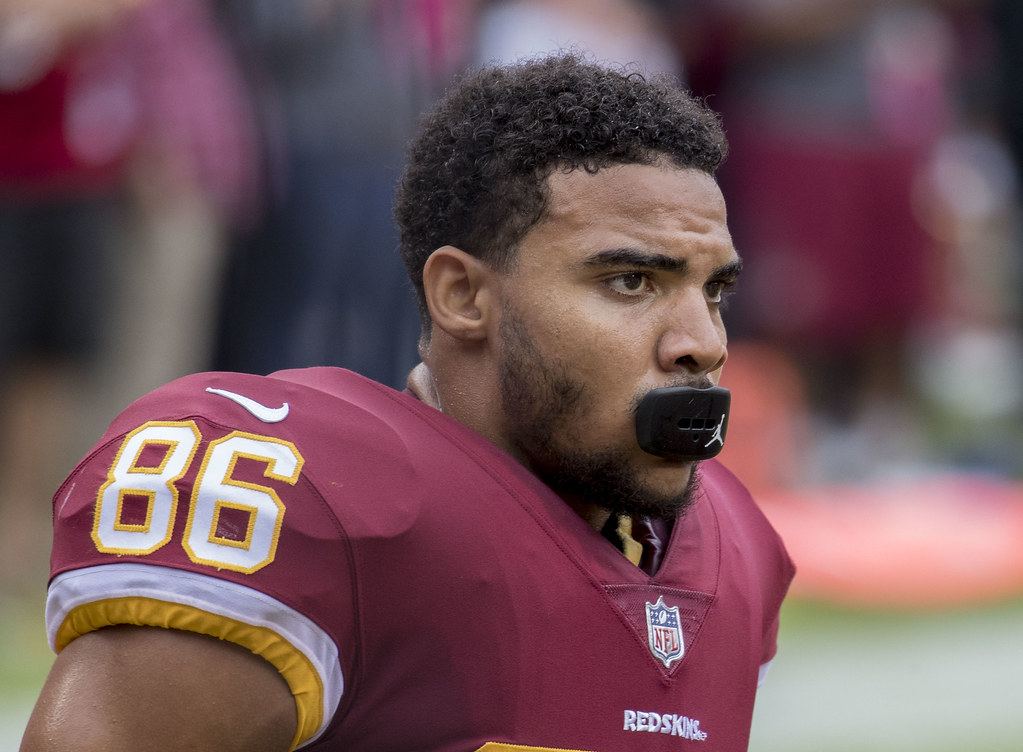 The 49ers have signed veteran tight end Jordan Reed on a one-year incentive-laden deal. Reed played six seasons with the Washington Football Team but missed the entire 2019 season due to a prolonging recovery from a concussion he sustained in the preseason – his SEVENTH such occurrence dating back to his collegiate career. Given his injury history, is this a good move by San Francisco? Answer: Yes. Here’s why:

First order of business, let’s briefly discuss Jordan Reed. He has proven, since his college days, to be a skilled tight end when he’s on the field; he has a Pro Bowl honor to his name (2016), and finished fourth in the NFL in receiving touchdowns with 11 (second among tight ends) in 2015. He also added 952 receiving yards on 87 receptions that season. However, Reed has also shown to be prone to injury… a little TOO prone. Reed sustained three concussions during his three-year college career with the Florida Gators, yet he didn’t appear to miss many games. He suffered four more since his rookie year with Washington in 2013. Due to numerous other injuries he sustained throughout his NFL career, he has never played a full regular season.

Now in theory, this is a concern for the Niners. But in contrast, this signing poses little risk with some degree of reward for a couple of reasons. First, Reed will get a fresh new start and a chance to bring his career back to life. Second – and perhaps the most obvious – his presence adds depth in a tight ends department that will now feature five members playing behind George Kittle. More importantly, his arrival creates the illusion of a potential 1-2 punch at the position for a team that resurrected as a title threat. For these reasons, it would be reasonable to say that his contract has the words “prove it” written all over it.

Reed’s presence also reunites him with Kyle Shanahan and this will give him a second opportunity to thrive under the fourth-year head coach. Shanahan served as offensive coordinator in Washington from 2010-13; he mentored Reed during his injury-shortened rookie season in 2013. Shanahan and general manager John Lynch are excited to bring the tight end aboard, and rightfully so!

All in all, I’m excited to see the Jordan Reed experiment with the Red & Gold! As the Niners are all set to begin their Redemption Tour, the healthy Reed is ready to start his.