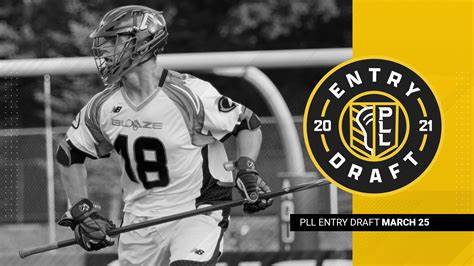 It has already been a wild offseason for the Premier Lacrosse League, with several blockbuster trades and the addition of Cannons LC, a tribute to the recently merged Major Lacrosse League. From a “start from scratch” mindset from Atlas LC, to the Whipsnakes sticking to what they’ve got (2 rings in 2 years), PLL fans are itching to see what new additions their teams will make in the coming weeks with the Entry and College Draft. But before that, where does each team rank with their current roster? These rankings do not take into account any future picks any team will make, no matter how certain it will be. Example: Lyle Thompson going to the Cannons in the Entry Draft, or Atlas taking Michael Sowers in the College Draft.

Not much to be said about this team, who dominated every single aspect of the game last season on the way to an undefeated Championship Series and a second Championship celebration in as many years. No team in the PLL has found a way to topple the mighty Whips’, led by coach Jim Stagnitta. With playmakers at every position, and the luxury of keeping all of their major contributors, it will take an extreme change for any team to claim the number one spot any time soon.

It was a massive move for coach Nat St. Laurent to acquire superstar attackman Rob Pannell via trade this offseason, and I believe it is a move that will help them contend with the Whipsnakes. Their defense is solid, led by third year pro Tim Troutner and the Notre Dame trio of Matt Landis, Garrett Epple, and Eddy Glazener. Offensively, Pannell gives them a threat comfortable to work behind the goal, freeing up Matt Kavanaugh and Ryder Garnsey, even giving Jules Heningburg the opportunity to come out of the box on offense. This team is stacked, they’ll just have to learn to play together, hopefully aided by a full training camp.

Chaos LC struggled to find a groove to start out the Championship Series, which was interesting after adding players that would have seemed to play well with Andy Towers’ fast paced creative style of coaching. Their defense will have to take a huge step up and help out Blaze Riorden, who did everything he could in the net to lead a shocking playoff run and reach the championship game. With more time together, Chaos will be a fun team to watch, just as they were in 2019, running in transition and scoring highlight reel goals each and every week. After losing a couple key contributors to the Cannons LC, we’ll see which new faces they bring to match their style of play.

If this offense that Chris Bates has put together is able to play to their potential, it simply won’t be fair for opposing defenses. Boasting an attack line of Grant Ament, Marcus Holman, and Will Manny, as well as Tom Schreiber and now adding Connor Fields to the mix? Get your popcorn when the Archers get the ball. Defensively the Archers have been a quietly solid unit as well, and if they can continue to improve, this team may surprise many PLL fans this summer.

After a hot start in the Championship Series, Chrome LC sputtered to a screeching halt in the playoffs, getting bounced immediately to the surprise of everyone. The addition of Jesse Bernhardt was huge for a defense that struggled mightily prior, but it still wasn’t enough to handle the extremely talented offenses the rest of the league has to offer. In order to get back to their winning ways, they must retool their defense and transition game, and maybe start searching for a goalie to take John Galloway’s place?

For a first year expansion team without much practice before their season, the Waterdogs were a scrappy team, fighting and clawing in every game and building a lot of quick chemistry. Losing Ryan Drenner on offense and Brodie Merrill on defense will certainly hurt, but it also opens up room for an attackmen such as Christian Cuccinello to step up in year two on the team. It will be interesting to see where coach Andy Copelan goes in the next two drafts, as it seems like his team is just a few pieces away from really contending. The Waterdogs made out like Kings last Entry Draft after taking Zach Currier and Ryland Rees, will their draft success continue in 2021?

I can hardly contain my excitement for the next Power Rankings post-Entry Draft, when this team also has Lyle Thompson on its roster (hopefully). Thompson alone will severely improve this team, which is already looking like a solid roster. As with every expansion draft, it leaves holes to fill before the season, but names such as Connor Buczek, Ryan Drenner and Brent Adams add confidence that this team will be no push over in their first season.

Yes, after many headscratching moves and trades, the Atlas sit at the bottom of the rankings here. As this roster currently stands, it’s not looking great for coach Ben Rubeor. However, with Michael Sowers coming up as an X attackman, the Pannell trade makes sense, and league founder Paul Rabil certainly showed his age during the Championship Series, although I’m sure he’s still got plenty left in the tank with a regular season coming up. Atlas fans, take a deep breath. There are a lot of draft picks to be had for this team for both the Entry and College Draft, and if Rubeor plays his cards right, his squad will be bursting out the gates in no time. However, I still can’t wrap my head around giving up Buczek to the Expansion Draft and releasing LSM Kyle Hartzell.