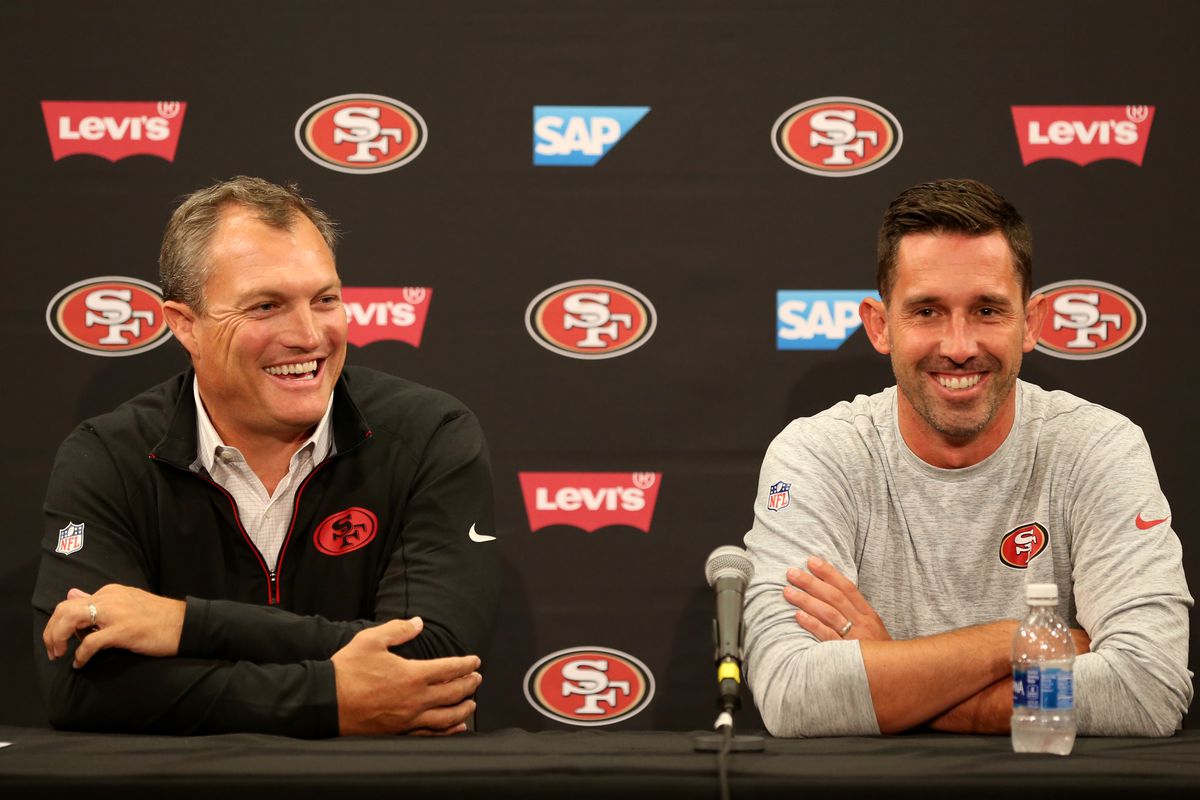 The NFL Draft has been completely shaken up now that the 49ers, Dolphins, and Eagles made these two trades. Each trade has major ramifications for the teams involved, so let’s break it down.

For the 49ers, it seems obvious that they traded up to take a quarterback with the third overall pick, and according to Adam Schefter, they do not have a preference as to which quarterback they take.

This likely means that the 49ers have finished scouting Zach Wilson, Justin Fields, and potentially even Trey Lance, and they like at least two of those players enough to be comfortable giving up the picks they traded to move up to the third overall pick. Assuming that the Jaguars take Trevor Lawrence at one, and then the Jets or a team that trades up to the second overall pick drafts a quarterback (probably Zach Wilson), then that means that Justin Fields or Trey Lance will be available at three for San Francisco.

The 49ers have a lot of big contracts on the books currently as well as some good young players that they will likely want to extend, so getting cheaper at quarterback by drafting a rookie and then trading Jimmy Garoppolo in the next year or so makes plenty of sense. Teams that have rosters as good as the 49ers almost never have good draft picks in the first round, so if San Francisco is not sold on Garoppolo long-term, then I think this year presented a rare opportunity for them to move up and draft a potential franchise quarterback. For these reasons, I like this trade a lot for the 49ers.

Although the Dolphins appear to be all-in on Tua Tagovailoa by trading down from three to six, I am not convinced that is true. The Dolphins now have five first round picks in the next three drafts, so they have the necessary draft capital (and Tua) that might convince the Texans to finally trade Deshaun Watson. Of course though, by trading down three spots, this trade does make it appear as though the Dolphins are sticking with Tua for at least another year, but we will see what happens.

One of the best parts of these trades for the Dolphins is that they will still be able to draft a really good player with their pick, and they also gained additional future picks. Assuming that the first three picks of the NFL Draft are used on quarterbacks (and many think that the first four picks will all be quarterbacks), then the Dolphins can still draft one of the best non-quarterbacks in the draft. A few players that I think the Dolphins will seriously consider taking at six include Penei Sewell, Rashawn Slater, Jamar Chase, Kyle Pitts, and DeVonta Smith. There is a lot to like about this trade for the Dolphins, but this tweet from Field Yates sheds a light on what might be the icing on the cake for Miami:

Philadelphia trading down from six to twelve is probably the least interesting move among these two major trades, but there are still a few things that can be inferred regarding the Eagles here. Since their first pick in the draft is now at twelve, the Eagles are much less likely to be in the conversation to draft a quarterback in the first round, meaning they will probably give Jalen Hurts the season to prove himself. Unfortunately for the Eagles, they have a ton of holes on their roster, so the one player that they would have taken at six probably wasn’t going to turn their team around. Therefore, I think it was a good move for them to move back in the draft and acquire an additional future first round pick in the process.